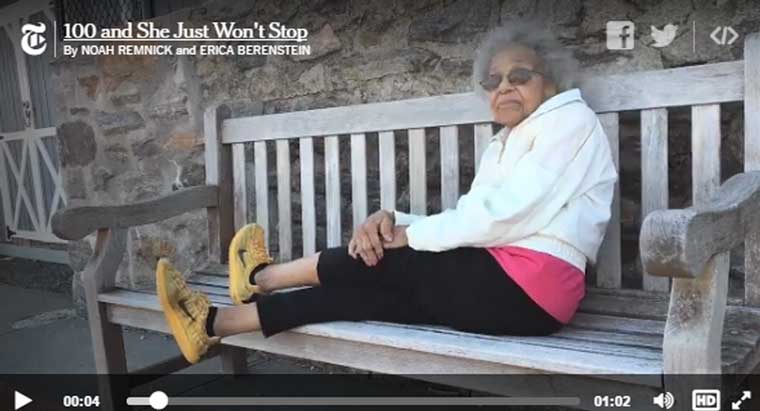 This 100-year-old runner is AWESOME. (And look at those cute kicks!)

Our eyeballs and hearts are so happy right now. In this week’s FitLinks we have video and an article about a 100-year-old runner who is just plain amazing, plus Alanis Morissette and James Corden doing a hilarious new version of “Ironic,” a posture coaching app and the new kale (OMG, we know) and more!

Say hello to the reigning national champion of the 60-meter dash for American women ages 95 to 99. She’s 100. —The New York Times

And those modern struggles really are ironic, don’t ya think? —The Late Late Show with James Corden

You, by the numbers. —Very Well

This is the new kale. —Fit Bottomed Eats

Six tips to help you slow down. —FabFitFun

Now who wants to go out for a run with us? —Jenn