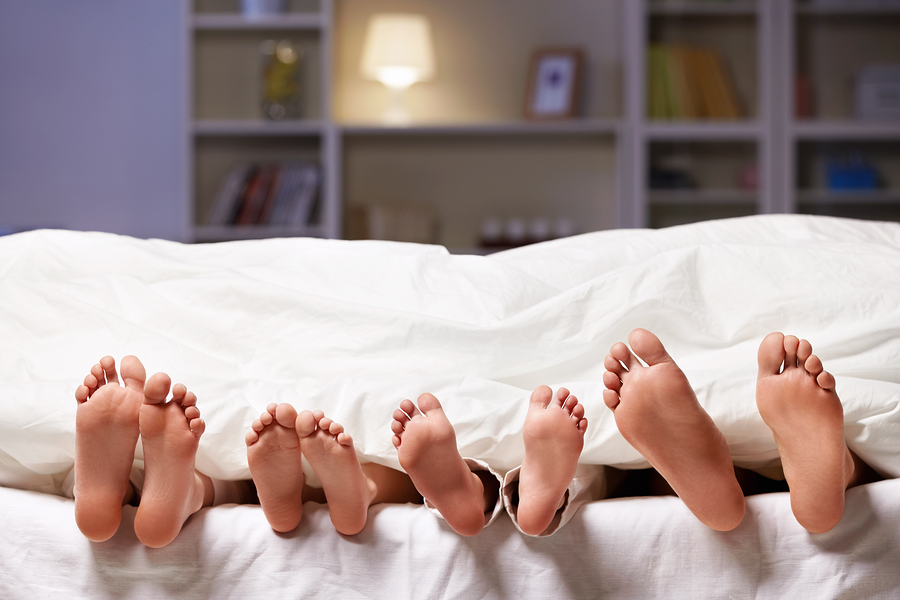 Go ahead and laugh at me. I’m laughing at myself. Because as we all know, the only thing that’s constant in parenting is change. And of course, once I got used to my new amazing sleep schedule, it all went kaput. Because my 4-year-old is now waking up more times in the night than he did as a newborn. He’ll sneak into my bed, and I don’t even realize it until I wake up sweaty because he’s a human heater. Or until he starts thrashing around because he’s uncomfortable and doesn’t have enough room . Then, inevitably he’ll want to go back to his bed — hooray! — only I have to tuck him back in —boo.

Does it happen once a night? Hahahahahno. Of course it doesn’t. One night we were back and forth five times. Yep, infant times all over again.

If he was in bed with us, sleeping, that would be fine. I favor co-sleeping over no-sleeping any day of the week. But co-sleeping slash wanting to go back to his own bed one to five times a night? It’s not super fun times. If he was even waking with scary dreams or needing to pee, it would be different. But nope, he seems to just want a change of venue several times a night.

I’ve started promising him a dollar for each morning he wakes in his own bed without having gotten in bed with us during the night. He has earned exactly zero dollars.

It’s saving me money and costing me sanity.

Have you ever had an older child getting into bed with you over and over again in the night? How did you break the cycle? —Erin