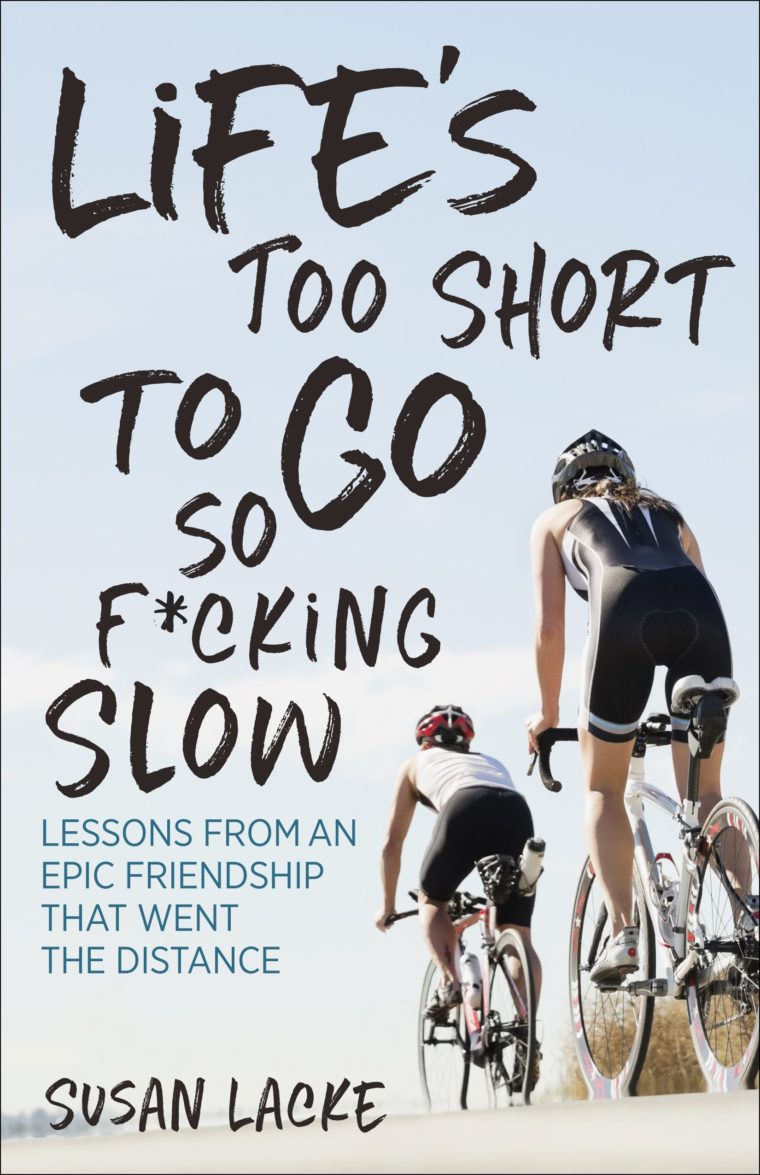 Immediately after I finished Susan Lacke’s new book (it’ll be out in November, so pre-order now!), Life’s Too Short to Go So F*cking Slow, I sent her an email. Susan wrote for us from 2012-2016, and I’ve always found her to be not only a great writer but also one of the most hilarious people around — the kind of person that will say something so funny that your green smoothie shoots right out of your nose. And her book? It’s all that and more.

Susan tells the story of her unlikely friendship with her uber fit boss Carlos, who helps her get healthy, finish multiple Ironmans and — in many ways — find and accept her true self. It’s poignant. It’s vulnerable. It’s real. It’s inspiring (anyone can do an Ironaman!). It’s funny. SO funny. But, Life’s Too Short to Go So F*cking Slow is also deeply personal and reflective.

Extraneous use of curse words aside, it’s just like Susan to deflect the praise of her book with a joke, but seriously, this book is SO F*CKING beautiful.

it now! And maybe buy a couple extra as holiday gifts for your fit friends. —Jenn