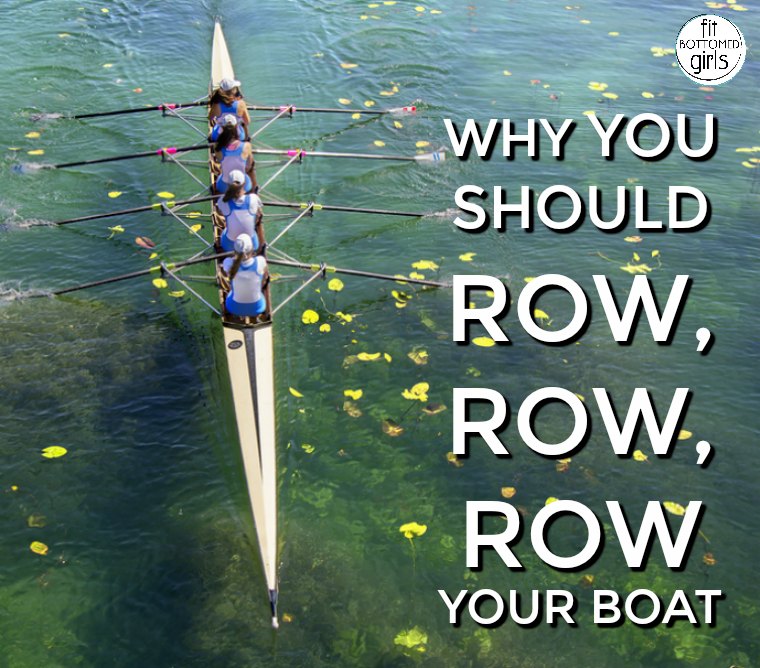 The World Rowing Championships (WRCH) began this weekend, and it’s an even bigger deal than usual for many of us because, for the first time over 20 years, it’s taking place in the United States. Not only that — it’s right in the Sarasota area where I live! (Want to follow along with what I’ve seen? Get thee over to Instagram!)

The WRCH, taking place until October 1, brings together 1700 athletes from over 60 countries — along with thousands of spectators. Competition includes youth regional challenges, para-rowing, men, women, with sculls (boats) ranging from singles to eights. If you’re in the area, you can still pick up tickets, and even if you’re not, you can follow along using the app.

Now, the championships bring together the best of the best — but there are a lot more rowers out there of all ages and levels. Masters (meaning adults) rowing is big enough in my area that there are multiple teams! In fact, one of my close friends, Holly Weber, is a rower who recently competed in a few events at the 2017 USRowing Rowing Masters National Championships, so I hit her up (i.e. supplied her with a big ass salad and wine) to learn a little bit about the sport. Here’s what I learned.

There’s a decent chance that you can find a club in your area. You can check out a map of USRowing clubs here, and while not every state is represented, you might be surprised by how many landlocked states have options!

Interested? You should try it. Seriously. You might watch the Olympics (or World Championships) and assume you need to be tall and muscular, but that’s really not the case, even among highly competitive masters rowing teams. Holly insists that there are all body types involved in hers, as well as ages and backgrounds. Some people join after rowing in high school or college. Others learn the sport in their 70s. And there’s a place for everyone!

Rowing teaches you about a lot more than how to move a boat through water. Sure, there’s a fair amount of body awareness and muscle memory you’re taught, but it goes well beyond the physical. Holly said that rowing has taught her a lot about being patient. “You want to have the perfect stroke immediately, but it takes time and practice — and you still probably won’t ever have the perfect stroke.”

She also shared that it’s taught her some important lessons about dealing with people. If you’re rowing with seven other people, chances are good you won’t absolutely love every single one of them as a person. But as a teammate, you have to support, respect, and encourage them — their success is your success.

You can’t help but form bonds. Some of Holly’s rowing friends are among her closest because of the shared experiences. When you’ve met multiple mornings a week — early, early mornings, I should say — and worked toward a common goal, you will form friendships, perhaps with people you wouldn’t otherwise have gotten a chance to know.

It’s a commitment. If you’re rowing on a team, it means you have to be there for team practices. In Holly’s experience, attending about three workouts a week is typically the minimum, and often, those practices are very early in the morning because that’s when the water tends to be at its best. However, if you’re not a morning person, don’t let that discourage you — talk to the clubs in your area to see if there are other options.

It’s a joy and pain like you won’t experience elsewhere. If you’ve ever hit the rowing machine (which, according to Holly, is a pretty darn accurate replacement for rowing in a scull) and given it all you’ve got, it probably won’t shock you to know that this is a serious full-body workout. Your legs take the brunt, but your core, arms, shoulders and upper back all have to engage — over and over and over — in order to keep the pace. Summer is for shorter races, winter is for longer ones (just like running), but each distance brings with it its own fun and challenges. Yes, it’s low-impact — so can be an awesome replacement for runners who can’t hit the pavement any longer — but it’s hardcore.

So, what do you say? Anybody out there think rowing is worth a try? —Kristen