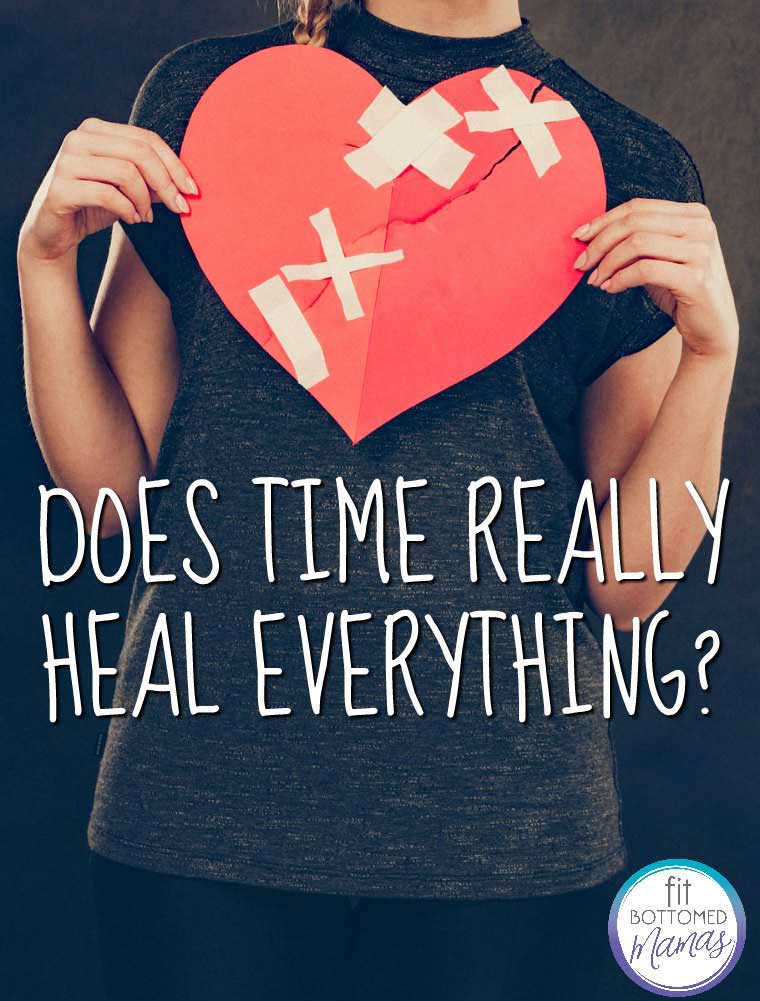 They say time heals everything. But does it? How can it?

I’ve been through one break-up in my life. It was awful, but the more time I put between myself and the break-up, the better I felt. Time healed me. (Probably also helped that he wasn’t my person, but one point for time.) About two years ago, my best friend from childhood and I got into an argument. I had hurt her and she had hurt me. Neither of us were in the right. But as time passed, our friendship has healed. Another point for time. I could probably think of another dozen or so examples.

So time does heal. The sadness and pain I felt then are not rediscovered when I think about those experiences today.

But time does not heal everything. If you’ve lost someone, you might agree.

In 2014, three days after having my twin girls, my husband and I had to say goodbye to our sweet daughter, Ilana. The pain and heartache is unimaginable, except to those who have been through it.

Although I never did and never would, I understand why people hurt themselves. Crying wasn’t enough. I needed a physical pain to match the emotional pain I was feeling.

If you’ve been through it, you understand the anger that harbors in you. I do not wish this upon anyone else, but man am I angry that it didn’t happen to someone else.

Time does not heal the loss of a child. Time is like duct tape. Each passing year, another layer of tape is wrapped around you. It helps you hold yourself together a little bit more, but if you took that tape off, you would still crumble into just as many pieces as you did the day after you buried your child.

So what does heal? Will.

I want to smile, for my sake and for my family’s. I want to laugh. I want to sing. I want my heart to feel joy and happiness. Even three years later, which I admit is really a small blip in time, I could easily spend a day in bed feeling devastated. I could still sob the sob that isn’t enough.

What I have today that I didn’t have the day after we buried Ilana is will. Will to go on. —Julie