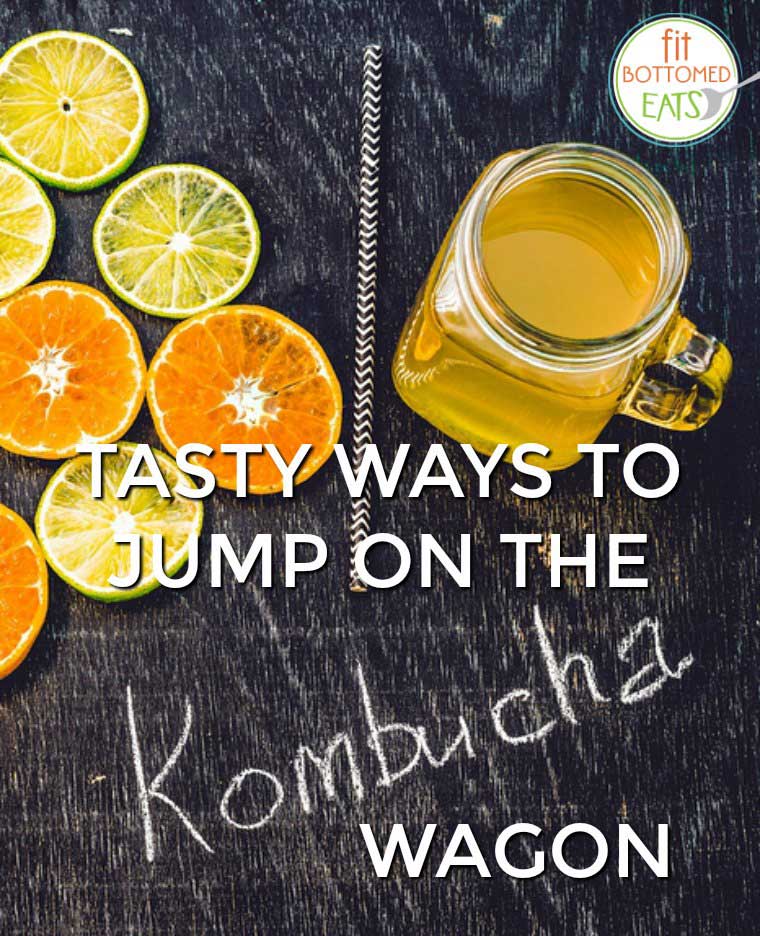 Used to be that, when you heard the words “kombucha explosion,” you’d envision a sour-smelling mess of fungi and rancid liquid in someone’s garage. But that’s so 2008 — today’s explosion is one of creative flavors, cool bottles and multiple brands mushrooming (ha!) across America’s natural foods stores — as well as traditional grocers.
Food writer Alexis Korman and her husband, avid home brewer Austin Sherman, started Big Easy Bucha in New Orleans and initially sold their bottled kombucha to mom-and-pop groceries. But after consistently selling out at the smaller stores, they made the leap to large grocery chains. This past June, they launched in 1,500 Publix grocery stores in the Southeast and won a “Best of the South” food award from Southern Living magazine.
You might even find kombucha on tap at your favorite bar. I recently enjoyed a poached pear kombucha at a Riverside Market & Cafe down here in Florida. (There is a trace amount of alcohol from the fermentation process.)
But what’s the big deal with kombucha? What makes it better than other fizzy drinks?
The big deal is the thing that makes kombucha fizzy — fermentation. That aging process produces probiotics, which are also found in foods such as kefir, yogurt, kimchi and sauerkraut. Fermented foods may help colonize your gut with good bacteria, which may ease an upset stomach and strengthen your immune system.
I asked Korman what she thought was fueling the ‘bucha bandwagon.
“Healthier lifestyles, a resurgence of interest in natural, fermented foods, the probiotics boom — all of these factors have shifted folks of multiple generations away from popping open a Coke and reaching instead for a kombucha,” she said.
I was super late to the kombucha scene because I still harbored images of a big bowl of tea with a scary SCOBY (short for Symbiotic Culture Of Bacteria and Yeast) floating in it. Mmmm, fungus water.
But one Sunday I took the plunge and bought a couple bottles of kombucha at my local Publix. “Here goes nothing!” I thought as I twisted the cap on a bottle of Humm (yes, Humm Pomegranate Lemonade, you were my first kombucha). Hmmm, fizzy, tart, slightly sweet — I’m digging it.
For the most part, an 8-ounce serving of kombucha is 30 to 50 calories, which is far less than many juices and regular soda and probably better for you than diet soda. It can be a little pricey but since it’s becoming more widespread, I’ve noticed some good sales at places like Lucky’s Market and Publix (can’t beat a buy-one-get-one-free sale!).

I’m not really brand loyal — I tend to buy whatever’s on sale each week. Here are a few of my newfound faves. I tend to skew toward tart fruit flavors, as I think they go best with the fermentation: 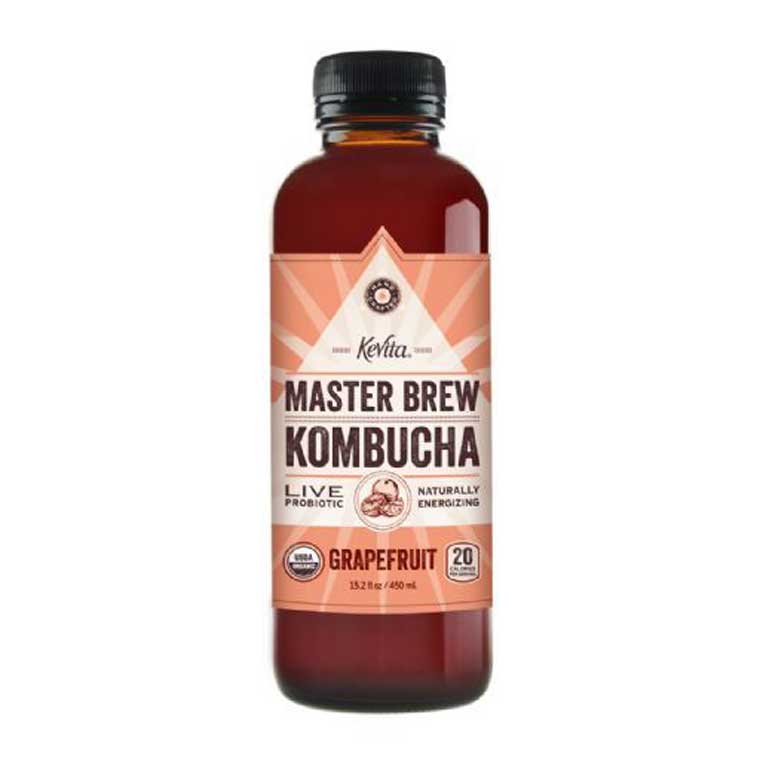 KeVita Master Brew Grapefruit: If you’ve been seeing KeVita all over the place, it’s because it was bought by PepsiCo nearly a year ago, greatly expanding its distribution. KeVita’s Master Brew line is a little more kicked up than its regular kombucha, with the addition of 80mg of caffeine from green coffee beans and 6 times the organic acids of other kombuchas. The grapefruit flavor blends nicely with the extra acidity of the kombucha and is a nice alternative to morning coffee. 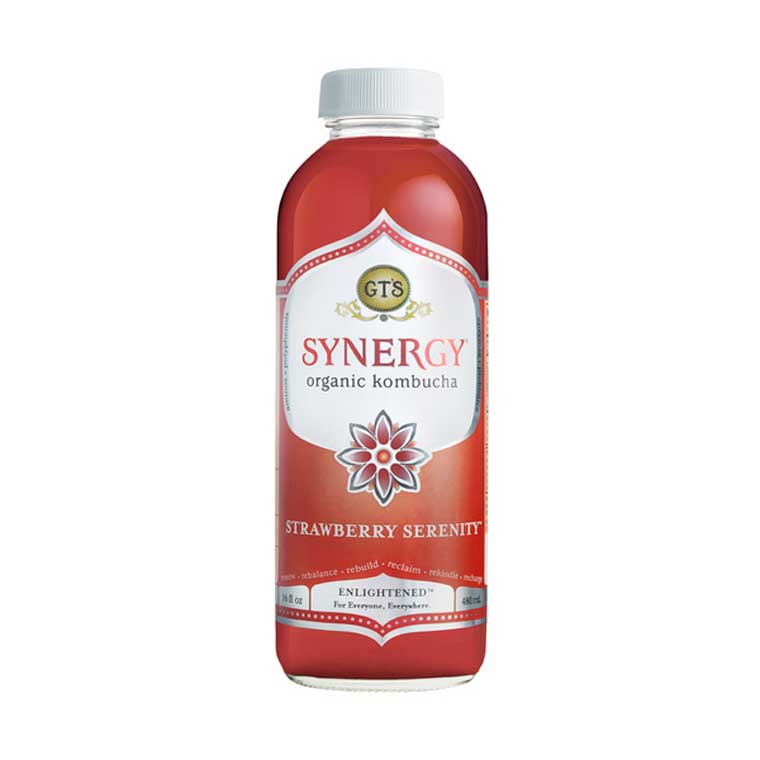 GT’s Synergy Strawberry Serenity: If you like strawberries, you’ll love this kombucha, from the granddaddy of commercial kombucha sellers. It’s probably the first bottle you’ve seen in stores, as the company has been around for more than two decades. The strawberry flavor is pronounced, very natural and lovely. 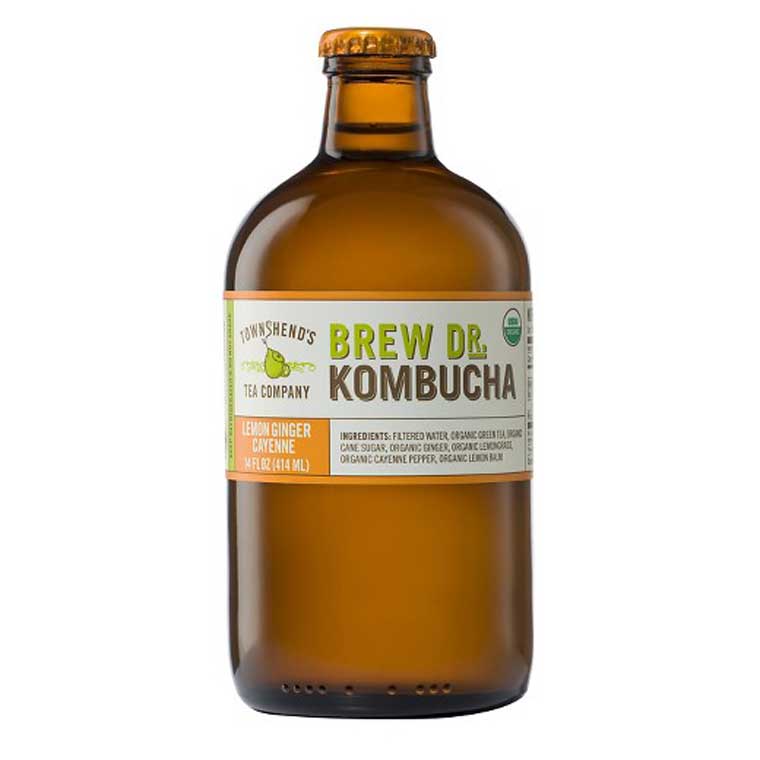 Brew Dr. Lemon Ginger Cayenne: If this flavor combo sounds familiar, it’s often found in “detox” recipes, but nevermind that nonsense, this stuff has some invigorating bite! The cool thing about this brand is it’s made by Townshend’s Tea Co., so they take the tea part of the brew seriously and use different teas for different flavor profiles. This flavor is made with green tea and lemongrass and gets its heat and bite from organic ginger and cayenne pepper. 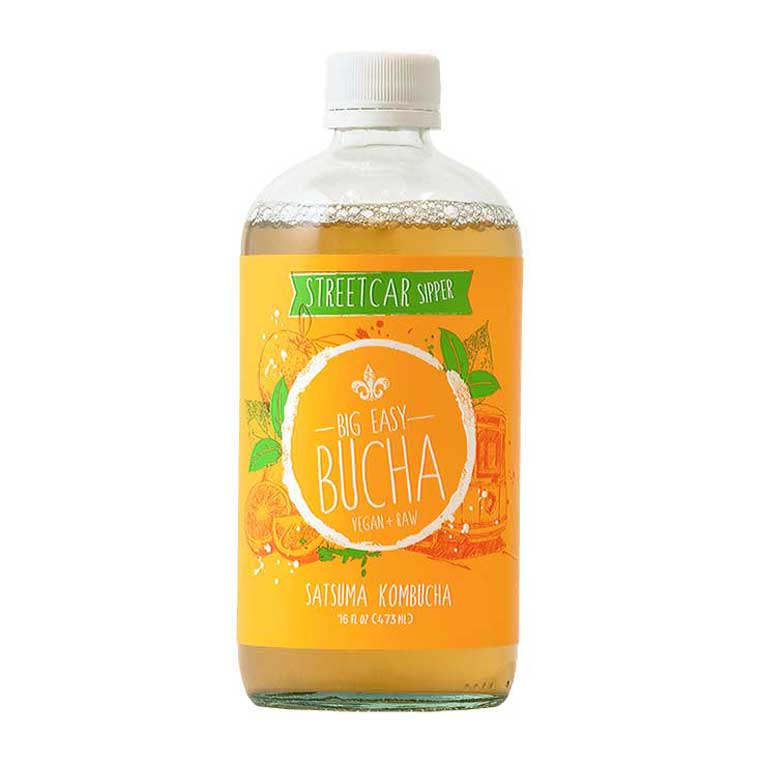 Big Easy Bucha Streetcar Sipper: This brand, brewed in New Orleans, is found throughout the Southeast, and features flavors with a Southern twang, using elderflower, honeysuckle and greens. The company also has lovely labels. The Streetcar Sipper is satsuma flavored, which is basically mandarin orange. 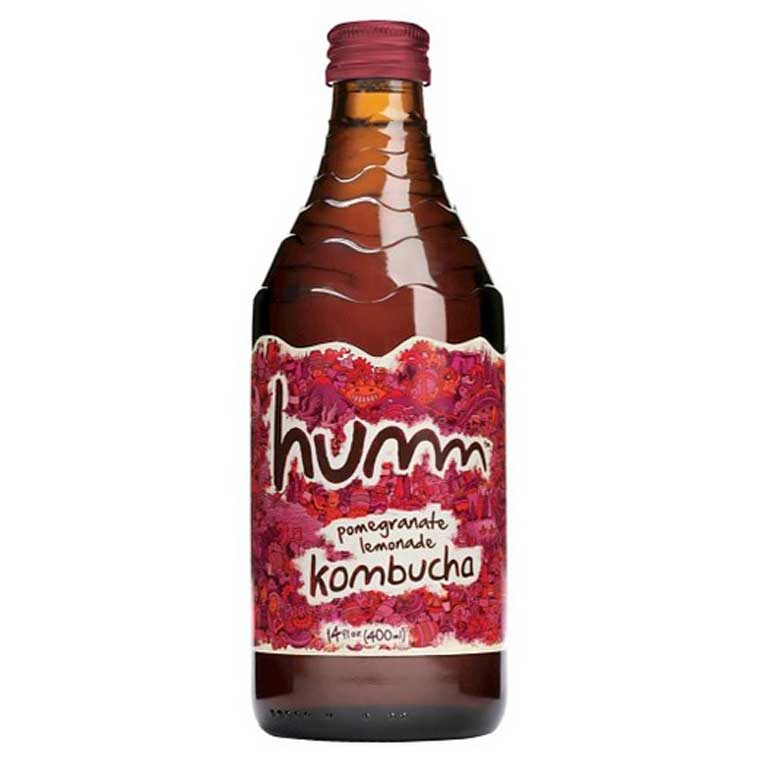 Humm Pomegranate Lemonade: Ahhh, we come back to my first crush. Humm is a little sweeter than some kombucha brands and comes in a slightly smaller bottle. The pomegranate and lemon flavors blend with the fermented tea for a tart sweet treat. I’m also a fan of their Lemon Ginger as well as Strawberry Lemonade.
Do you drink kombucha? What’s your fave flavor? —Gail