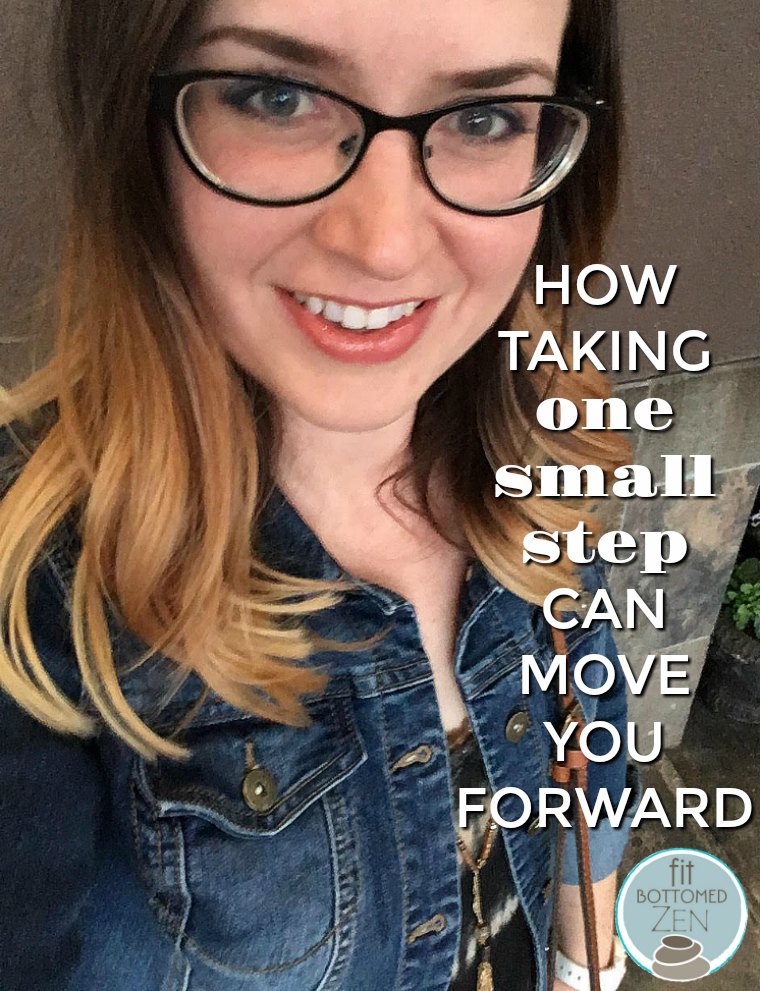 I took my first first trip away from my kids last week. I left them for three days to attend an event put on by Denise Duffield-Thomas, who is a money mindset coach. I’ve been in her Money Bootcamp for about a year and I sometimes fall off the wagon of doing the work that will bring me the life I want. I thought this would be perfect for me to get away and be surrounded with other like-minded women.

It was fascinating how I was there to work on personal development and I found myself repeatedly up against literal indicators of hitting upper limits — not just money wise, but in life. The idea of upper limits comes from Gay Hendricks, author of The Big Leap

. It’s a great book that explains how we subconsciously find ways to sabotage ourselves when we are doing well because we’re so used to things going poorly. Basically, we get uncomfortable with success so we sabotage it.

While I was at baggage claim, I bought a 16-ounce bottle of water from a vending machine for $3. I almost instantly dropped it and the cap shattered and went flying across the floor as I lost half the water before I was even able to open it. “Interesting,” I thought, immediately recognizing the sabotage.

I looked to the left and there were two airport workers at a desk who had called for help, and to the right of me was a wet floor sign. Instead of thinking about how terrible my luck was that I dropped that bottle of water, I thought: “Well, of all the places to drop a bottle of water in the airport, this is probably the best.” I then went to find my shuttle and even though there were two shuttles, I needed to wait for a third, which took about 10 minutes. We drove around the airport so he could pick up another passenger, and then we drove around for about 20 minutes more before leaving for downtown. But I got to my hotel about the same time I expected because my flight landed 30 minutes early, so there was no lost time (see how I was able to see the upside in this?).

The rest of that day and the following day were a bit bumpy, with me always figuring out a way to reframe my experience into something positive. The night of the event, my Uber driver, Hubert, asked me how my day was going, and I said “Pretty good, how about yours?” to which he replied “I’m mighty fine, Cati — it’s a great day to be alive!”

I was instantly elevated to a higher place. He put me in a great frame of mind to be attending the event and open to hearing the messages from Denise. She is highly inspirational by the way, so if you find yourself in need of some perspective around money and life, I recommend you start following her. Her take on women’s empowerment is refreshing and logical.

After the event I felt invigorated and recommitted to the process of changing my mindset.

The next morning, I decided to trust that I would arrive at the airport on time. I got a phone call saying that an executive car service would be arriving to get me in 5 minutes, and I thought to myself, “Don’t I have a shuttle coming? But okay, let’s roll with this!” I’m not kidding when I say a beautiful black Suburban rolled up and I KNEW it was my ride. I was so thankful and immediately told myself a mantra: “This is what a wealthy woman looks like” (at Denise’s encouragement the night before)!

And it gets even better. while at the airport I found my favorite coffee shop and while I was waiting for my mocha, I glanced down at the counter to see this random sign from the universe that seemed to be there just for me: “Take one step forward today. Big change comes one step at a time.” 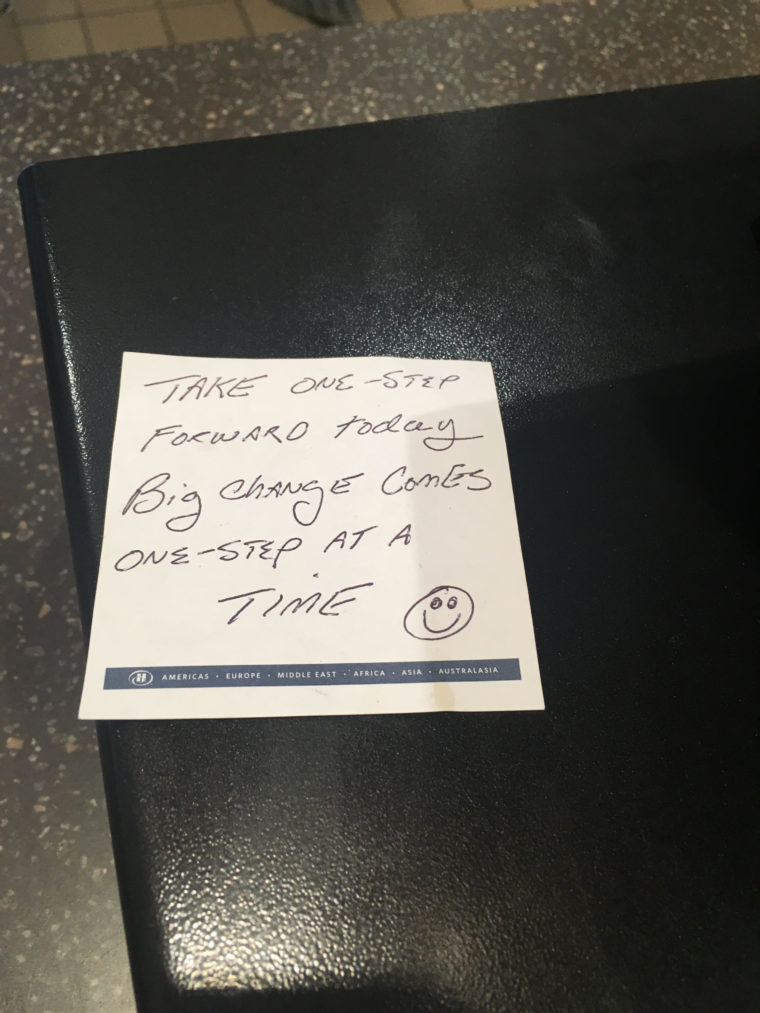 You see, when we’re making changes and wondering why we’re not getting results, it’s because we give up too soon. We think because we haven’t made progress as fast as we thought we would, that we’re never going to get where we’re going and it’s not going to work. Or we get so hung up on perfection that we’re not capable of completing anything. Think about every diet or exercise or meal plan you’ve tried. Am I right?

I could have let the whole trip get away from me had I stayed stuck in the feeling of having bad luck, but instead I choose to think bigger than myself. And the universe rewarded me for it.

What’s one small step you can make today to move yourself forward? —Cati