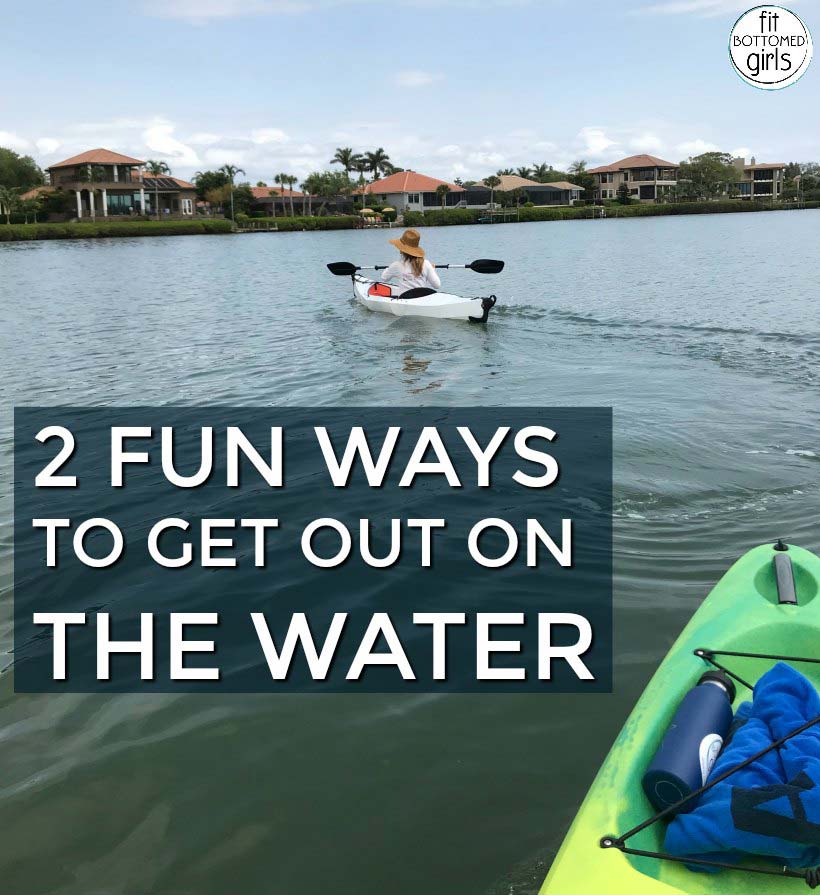 Love working out in the great outdoors? Yeah, me too. And one of my favorite ways to have a fun, fit, outdoorsy day is to grab a kayak and get out on the water for a few hours.

Recently, I had a chance to borrow a couple of cool kayaks that are quite different than the kayaks I bet you’re picturing right now. One can be carried like a backpack (yes, really!), and the other is pedal-powered rather than powered by paddles. Pretty cool, huh? 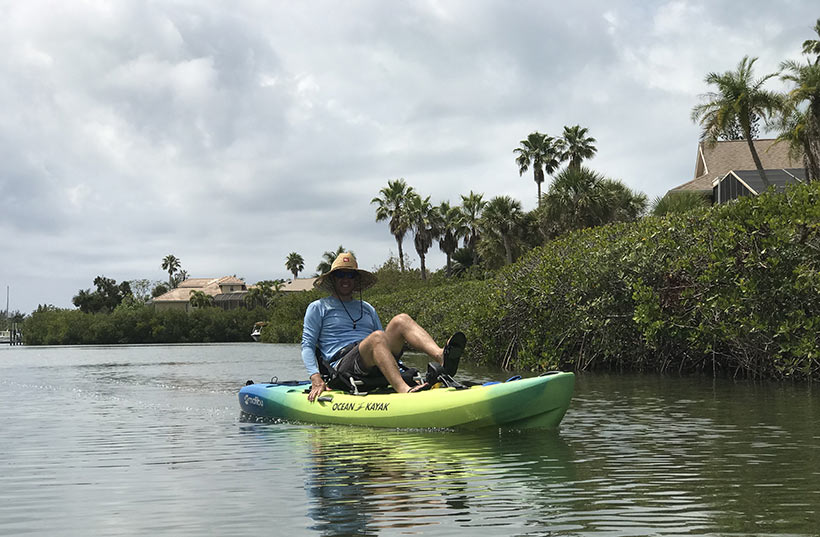 From a fitness perspective, the Ocean Kayak Malibu Pedal ($2,199.99) kayak is an incredible option because you can truly get a full-body workout with it. It works perfectly well with a traditional paddle, but has a PDL Drive System (aka you can pedal it to make it go forward or backward), so your kayak day can also be leg day.

And it’s also super cool from a kayak-enthusiast’s point of view, because when your hands are free (other than being used for a bit of steering, which is so easy — this thing turns on a dime), you can shoot video, fish, have a snack, you name it. Plus, this craft has a small jumpseat in the front where a child (or a dog — although not a dog as large or excitable as mine, it turns out) could sit and catch a ride. There’s loads of room to store stuff, and the seat itself is really sturdy and, truly the most comfortable kayak seat my husband and I have ever encountered. And that’s huge praise coming from him.

However, there are a couple of things you’d want to be aware of before ordering your own. For one, it’s not light, so although it seats one adult, loading and unloading it is a two-person job (unless you’re keeping it right on the water, in which case, you should be fine on your own). It’s not light, and, you know, it’s a kayak — so, it’s big. The shop I borrowed mine from said that, even at this weight and size, it was probably the lightest pedal kayak they’d seen, but they’d had a number of customers (especially women) express dismay at the fact that they weren’t able to manage it alone. It’s also worth noting that, if you’re going to be in very shallow water (like, less than a foot), you’ll need to be prepared to pull up the PDL Drive System and paddle. It’s not hard to do, but if you’re often in super shallow waters, this might not be the best choice.

The biggest reason I don’t kayak or SUP more than I do is because transporting a boat or board is really hard to do on my own. Oru Kayak’s whole business is based on the idea of making the outdoors more accessible for everyone with their collapsible boats, like The Beach LT (on sale for $1,299).

It can be carried like an oversized backpack — and no, I wouldn’t want to hike with it for miles and miles, but it’s not terribly heavy and the straps were pretty damn comfortable — and then, once you’re comfortable* with setting it up, you should be able to have it ready to go in just a few minutes. It’s small enough to fit in even a small car when boxed up, and it’s still quite light when you’ve unboxed it and set it up, so transportation and launching it on your own is no trouble at all. 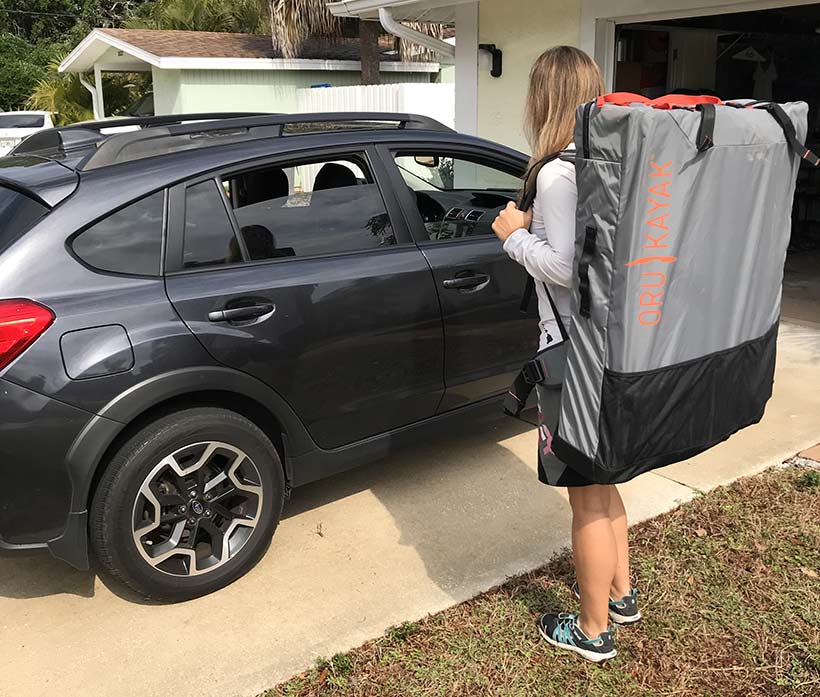 *Here’s the part where I need to fess up. My husband and I missed a part of the instructions and had real issues getting the bow fairing on. It’s not rocket science, but there’s definitely a learning curve. Sadly, we didn’t learn what we were doing wrong until after we’d sent the boat back so our set-up experience was more of a sweaty, frustrated, just try to force it to work one. What I’m saying is, you absolutely want to practice setting this up at home (which Oru recommends, and which I did not do), at a time when you aren’t under any pressure to set it up and get right out on the water. And, if you run into an issue, get in touch with customer service. Everything else worked like a charm, so if you have a problem, I’m gonna bet it’s user error (even if you’re 100 percent sure you’re doing it right, because, well, take it from me).

Okay! So, once the boat is set up and in the water, you guys, it is so light and zippy — you’ll be off like a shot, grinning like an idiot (or maybe that was just me). This model is not made for rough water, although there are options by Oru that are designed for more serious expeditions. My husband and I both gave it a go, and while I could’ve ridden around in it for hours, the seat is not terribly supportive, and he found it problematic with his back. It’s roomy, though, so if you like to be able to move your legs around and want to be able to bring a few items with you, you’re all set — just make sure to bring your own watertight containers, as the boat is all open.

Are you a kayaking fanatic? Have you ever tried a pedal-powered boat, or gotten into a collapsible one? —Kristen