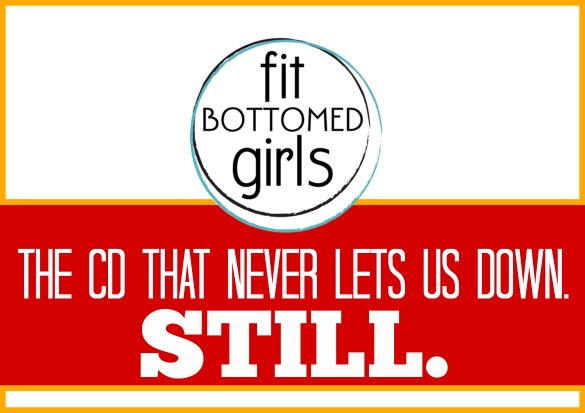 You knew this was coming, right? I mean, really, could the FBGs sit back and not notice the biggest comeback since wheat bread? Brit has been everywhere. From a documentary on MTV to a performance on Good Morning America to quite literally dancing her butt off to getting her life together, girlfriend has made quite the switch from this time last year. Erin and I have been rooting for a Brit comeback for a long time now, and it looks like our prayers may have been answered.

Since Erin got to review her last CD, it was only fair that I got to test out her new one, Circus. I was really afraid that the album would be too over-hyped and wouldn’t deliver, but I was wrong. It is full of fantastic tracks to work out, sing and dance wildly to. It’s fun, upbeat, totally mindless at times and then pretty introspective at others. Plus, although some of it is a little corny, it’s pretty cheese-free compared to some other CDs we’ve reviewed and more quality than not. Some of the songs are really fun, inventive electro-pop, too, which I loved.
The Track List: Britney Spears, Circus

1. Womanizer—When I first heard this one when it premiered on The Hills, I was underwhelmed. The next time I adored it. The third time it annoyed me. And the fourth through 100th+ time since then I’ve been in love with it while I car-danced/ran/elliptical-ed/lifted/cleaned/wrote to it. Especially the part where Brit says that “I got your crazy.” Touché, Brit, touché.

2. Circus—When I first saw that Brit named her album Circus, I thought to myself, “Yes! This whole album will be about how crazy her life has become and how she’ll change it.” And then, you hear this song, and you realize it’s just about her being an entertainer. There’s no meat, no drama, just Brit crackin’ a whip. The song is good to work out to, especially when she sings about her adrenaline pumping, but it still fell a little flat for me.

3. Out From Under—This is a really pretty ballad that is perfect for a cool down. While you do so, really listen to the lyrics. They’re beautiful and honest. And there’s no question that she really did love K-Fed. It makes you kind of sad about their break-up, too.

4. Kill the Lights—You know that when you start a song out with sassy lyrics like “You don’t like me. I don’t like you. It don’t matter,” it’s gonna be a fun song. And this one is. Perfect for high-energy activities, use this one as a pump-up track. Be sure to pay attention to the lyrics, too. Although I really don’t know what “killing the lights” means, this one makes up in meaning what “Circus” missed out on. Plus it even makes a joke about the paparazzi: “Is that money in your pocket or are you happy to see me?”

5. Shattered Glass—Another one of my faves; download this one. Like “I Will Survive,” it’s one of those songs that no matter what your relationship status is, you’ll really enjoy singing it in your head to some guy about how he’ll never forget how awesome you are. Personally, I sing it to a boy from the 6th grade who befriended me only to date my best friend, but pick your own poison. It’s extra fun to sing “glass” with Brit, too. Just as Rihanna put her own spin on “umbrella” Brit adds a few extra syllables to “glass.” In a sweat session, this track’s funky techno beat will definitely give you energy, so save this one for the end of your workouts where you need some extra motivation.

6. If U Seek Amy—This is a really fun one and a great one to power walk or bike to, although I have no absolutely idea who Amy is. A quick Google search cites many who speculate Amy Winehouse, but I have no idea. Additionally, if you say the title of the song outloud and quickly, you get a rather, ahem, naughty message. The chorus is super catchy though, so beware. You may just sing it accidentally when you have your iPod on at the gym.

7. Unusual You—Another ballad, this one has enough of a beat to work well as either a warm-up or a cool down. It’s a sweet song about someone being too good to be true. It also shows some of Brit’s vulnerability. Less cracking of the whip, that’s for sure.

8. Blur—If you’re familiar with Brit’s In the Zone album (the one with “Toxic”on it), this song is just like Early Morning, except instead of her being happy about having no idea who she shacked up with the night prior, she realizes it was a mistake and wants to get the heck out. Now that’s some serious progress. This is a good moderate paced song, so use it for your recovery in an interval workout.

9. Mmm Papi—I highly recommend downloading and working out to this song, but you will have it stuck in your head for days. I guarantee it. It’s very cheeky though because, honestly, it’s really fun to sing “mmm Papa love you.” Reading this, you’re probably doubting me, but trust me. One listen to the song, and you’ll be singing it in your gym’s shower.

10. Mannequin—Again, I have no idea why the heck Brit is singing about a mannequin here. My best guess is that because she’s in the press she has to constantly have a face like a mannequin and never show emotion, which is actually kinda deep for a pop album, so I’ll go with it. The song is super funky, and I really liked it for the middle of my tempo runs. It won’t pump you up, but it won’t let you down either.

11. Lace and Leather—This song reminds me so much of Madonna’s “What It Feels Like for a Girl,” but trashier. I mean, come on, it’s called “Lace and Leather.” It’s all about Brit fulfilling her sexual fantasies. Yawn. It has a moderate pace but wasn’t one that I’d put in my regular rotation.

12. My Baby—The final ballad on the disc, this one is pretty sappy, but I’m pretty sure it’s about her kids and not being able to imagine life without them, so I can’t dog it too much. Especially since I teared up listening to it one day on the car ride home from work. I had PMS. No judging.

13. Radar—I really thought I was losing my mind when this one came on. I just kept wondering how my Blackout album got mixed up with my Circus playlist. Turns out, they added a newer, less produced version of “Radar” to this album. Why? I have no idea, but I like the new version, so I’ll take it. And Erin is totally right about her saying “raider.”

14. Trouble—This last track of the song is like a techno haven. The music sounds like something off of Madonna’s Confessions on a Dance Floor, mixed with Britney weighing the pros and cons of getting in trouble. Like track #8, I think this shows how far Brit has come. She’s not just getting in trouble, but thinking about it. Plus the beat is hot. Not run-a-sprint hot, but definitely a pick-up-your-pace track.

So, do I recommend this CD? HELLS YES. It’s by far one of the most fun and interesting CDs we’ve recommended this year, as it doesn’t disappoint in the workout department. Is everysong a winner? By all means no, but the good ones outnumber the bad. As is everything these days, you can find it on Amazon.

Have you listened to the CD? Do you want to? Please give us your thoughts in the comments! —Jenn