Restaurants reveal the numbers, drinking veggies for a slimmer physique, and kicking the bad smoking habit.

Seriously, How Many Calories? 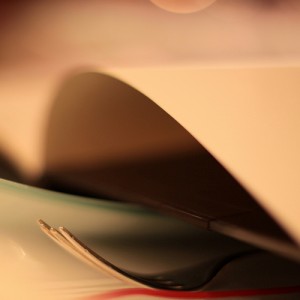 Here at FBG headquarters, we’re big fans of restaurants that let diners in on the calorie counts on menus. Sure, there’s a margin of error depending on the person making the meal, and sure, we sometimes find that a salad has as many cals as a burger, but we love having this information in front of us to help us make difficult dining decisions easier.

Now, under proposed nutrition-labeling legislation, restaurants with 20 or more locations would have to disclose calorie counts on the menu or menu board and have information available upon request, including details such as cholesterol, fat, sodium content and fiber. While this information probably won’t stop folks from ordering a high-cal dish, with this nationwide law at least they’d know where their calorie count stands for the meal. 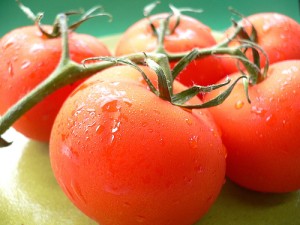 Although right now I have an unexplainable addiction to grapefruit juice, I go on kicks when V8 juice is my best friend. Looks like that addiction may be good for my waistline. In a new study, it appears that drinking at least one glass of low-sodium vegetable juice daily may help overweight dieters lose more weight. Participants in the study who drank at least 8 ounces of vegetable juice as part of a calorie-controlled heart-healthy diet lost 4 pounds over 12 weeks, while those who followed the same diet but did not drink the veggie juice lost only 1 pound. But even if you’re not trying to lose weight, vegetable juice is a great way to make sure you’re hitting your recommended daily veggie intake. Just watch that sodium! 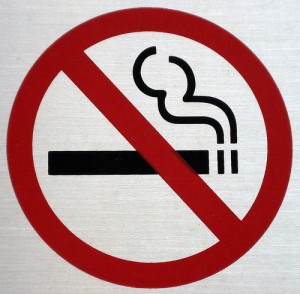 Hard to believe and weird to admit, but this Fit Bottomed Girl used to be a smoker. Cough, cough. Although it’s now been yeeeaars—and it was only a year when I was still a teenager—I still remember how tough it was to quit cold turkey.

I apparently beat incredible odds because reportedly only 2 to 5 percent of those who quit on their own are successful after 12 months. Of that small percentage, it takes an average of three to six attempts to kick the habit. I don’t want to get preachy here or anything, but I’m sure there are some FBGs out there who just need a little push to drop-kick the habit for good. Well, PUSH! Check out some of these quitting tips from the pros for help on your journey to smoke-free lungs. And non-smokers: These tips work very well for any bad habit you’re looking to kick to the curb!

Kick butt to be a Fit Bottomed Girl.