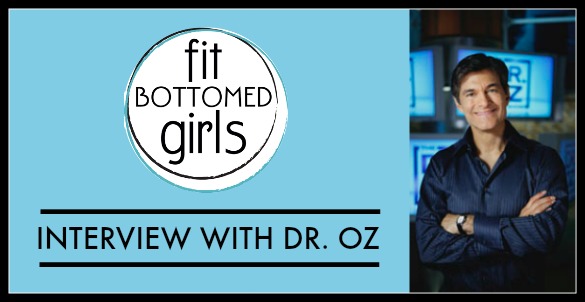 Today’s FitStars takes on a slightly different format. Usually, we get a one-on-one interview, whether by phone or email, to ask all of our burning questions. But Dr. Mehmet Oz—a heart surgeon, frequent medical expert on Oprah and the host of his very own The Dr. Oz Show—is apparently a busy man, so I settled for an hour-long conference call in which he answered the burning questions of myself and other journalists and bloggers. And because an hour of talking translates to pages and pages and pages of written text, I’m including the best highlights, take-home messages and snippets from the discussion.


So although we didn’t get our official one-on-one time with Dr. Oz, as you can see, it was well worth it to sit in on a chance to hear his philosophies on health and wellness. Keep spreading the word, Doc! —Erin