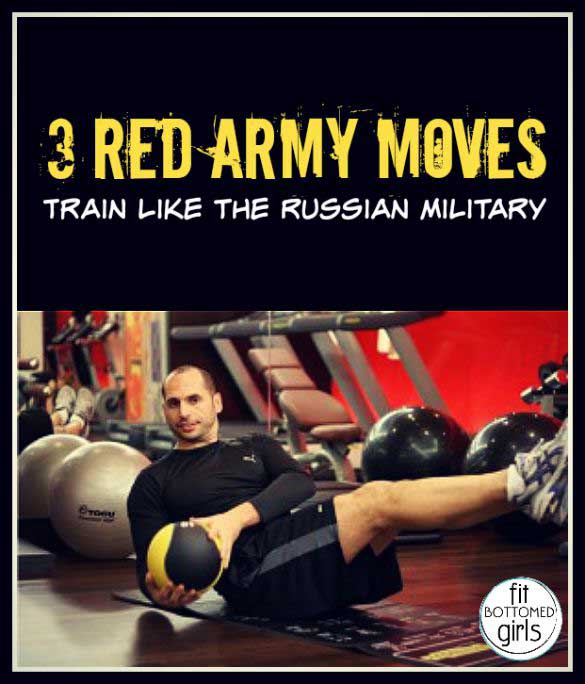 Let’s just get one thing straight: I was not scared when I got on the subway in New York City to visit the 57th street Complete Body & Spa on the Upper East Side.  I was not scared when I entered and filled out the necessary health paper work that prevents folks like you and me from sueing trainers if they pull a muscle a little too hard.  I was not scared when Alex Reznik, world renowned trainer (He trains Deepak Chopra!) came walking through the door with a famous hair stylist friend. No, the terror didn’t hit until the former Russian military trainer told me he was going to take me through 20 years of his training experience in a brutal, quick-fire fashion. The man combinestechniques from the Russian army, athletics and ballet and created a fearsome program. 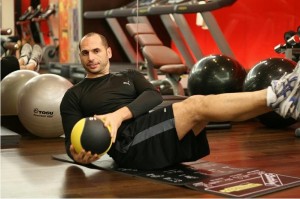 It all started off so lovely, too…He figured out quickly by staring at me that I have posture issues. (That’s what happens when you’re THE tall girl in school for years!)  So I slouch. Is that a crime? Apparently Alex thought so.

He put me and my partner in crime Mark, (aka trainer, fitness hoss and exercise translator) on a treadmill for a quick warm-up. He knew I was a runner and assumed that meant I was a good one, so he set my pace at 8.5 mph and jacked my incline up to 7 percent. ARE YOU KIDDING ME?! I died. I really did. A piece of me now haunts that equipment. (The farthest one on the right if you go.)

For the next hour and a half, that man took us through the most ridiculous functional core-training workout I have ever allowed my muscles to participate in. No clue what that is? It’s legal cruelty. That’s what it is! You basically start out with something likea plank. Easy enough, right? Then you add a little weight…then some instability and this trifecta of pain goes on and on. Add a little more of this and that and voila! Believe me: Your body will be screaming for mercy in languages you’ve never spoken before.

I will say he made the agony entertaining though. He teased me quite a bit for being weak, but he made sure  to sprinkle life lessons into the jabs. There was a period of rest where he asked us to clear our minds and meditate, using an email analogy to explain why mind clutter isn’t good for our noggins. At one point, I asked Alex what he looks for in a client. He said someone that shows up on time and has heart.  I could tell he meant it, too.

All in all, I felt honored that he took the time out of his busy schedule to pamper/torture us both body and mind. I felt like a bad ass for not dying, and Mark left inspired out of his freaking mind. He couldn’t stop talking about all of the crazy exercises Alex knew. (The man has 1,001 different variations of a push-up!)

If you’re fortunate enough to afford the guy, you won’t be disappointed. The insano workout he took us through usually is something you’d train for over a period of four to eight weeks, depending on your fitness level. (I’d need eight.)

If you feel the need for some Russian-workout speed, try out some of Alex’s movesand tell me what you think.

If those have left you thirsty for more, head to Complete Body & Spa for details about gyms in your area. Alex currently has three gyms in NYC and plans to open a Los Angeles facility in the near future. This little factoid tickled Mark pink, but left me in a state of shock. Imagine, if you will, a semi-rational FBG running around while clutching at her heart. His push-ups still haunt my dreams at night… —Tish