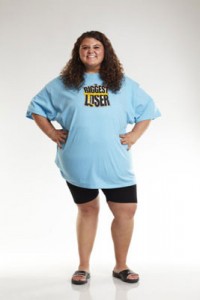 First things first, let’s discuss how cute Bob was last night. Sure, Twitter was all afire with golf and “let me shine your shoes” jokes, but we found Bob to be super cute in that hat. Sigh…

Second, I think a lot can be learned from last night’s episode. I love Jen and Courtney—but talk about poor judgment. Never give up your trainer (even for a massage, which is always awesome) and never, ever let someone make a decision (especially a poor one) for you. If anything can be said of this season, it’s that the contestants have just seemed to lose focus of how insanely lucky they are to be there. Sure, this wasn’t as apparent as last week, but the attitude was still there when the girls started treating their “punishment” for losing the challenge more like a vacay than another week on the show. But all of that didn’t come without a price as the girls learned at the weigh-in.

Third, what is being called “chipgate” was a bit anticlimactic after all of the previews. However, it looks like next week Jillian will be giving Rulon the mind bullets big time. Which obviously he needs to get to the root of his self-sabotaging habits. For more on last night’s episode, check out the episode 13 recap video below by Mark Pinhasovich from BL season 10!

What did you think about last night’s episode and Bob’s hat? Give us your thoughts in the comments! —Jenn