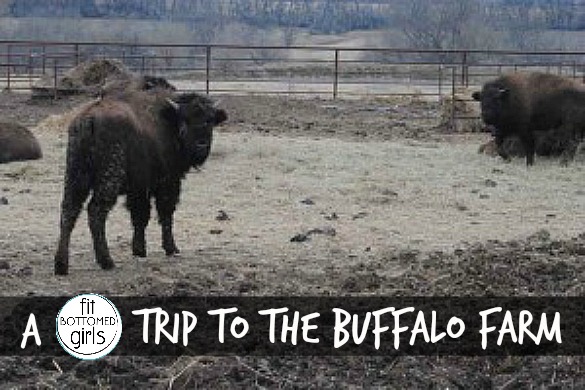 Fire up the 80s song “Buffalo Stance” by Neneh Cherry because every time I hear the word “buffalo,” I think of that darn song. (And, by the way, what the heck is a buffalo stance, anyhow?) And today, I’m talking about buffalo! Lots of them! On a farm!

Here’s one, in what might be considered a buffalo stance? Little guy is striking a pose. And, let’s be honest, probably isn’t all that psyched to see me, buffalo-eating woman.

As I’ve mentioned in the past, I’ve been evolving my diet to eat more and more veggies and limiting most of my meat consumption to organic and grass-fed. After my month-long vegetarian experiment last year, I’ve been adamant about being truly aware of my meat-eating decision. I figure, if I’m going to eat meat, then I want to know where it’s coming from and how it’s being treated. (Well, about 80 percent of the time—I’m by no means perfect and I do eat meat when I’m out.) And I don’t just want to trust a label on a package, I want to see it for myself.

Lucky for me, I live in the Midwest, and getting to farmland is just about a 20-minute drive from my home. So, every couple of months, my husband and I (and maybe some friends or family—we’re always trying to convince people to come with us) jump in the car on a Saturday morning, and head on down to KC Buffalo Company in Belton, Mo. 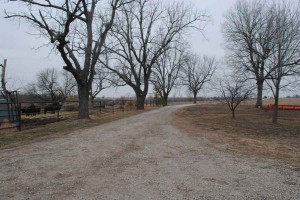 The farm has acres upon acres of land for the buffalo to roam, and according to the farmer, they allow their buffalo to live three to four years before becoming meat. This may not seem like a long life, but according to usual practices, these animals are ancient. While it is sad to see the little faces of the buffalo you’re probably going to be eating in a few years (they always keep the youngest one up by the shop), again, I’d rather know what I’m eating than be in complete denial about what my food is and where it comes from. 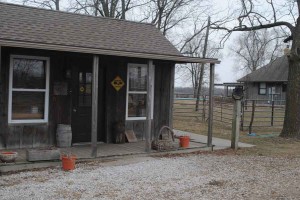 Buying directly on the farm, from the farm has a few perks. First, the prices are cheaper. Second, it’s a fun trip out of the city. And third, it gets my culinary creative juices going. They sell ground buffalo, steaks, jerky, stew meat, brats, breakfast sausage, roasts, bacon and even buffalo tongue. Pretty much, if a buffalo has it, you can buy it. Which I think is pretty cool. No part wasted! Plus, they have cool buffalo signs around, like this one: 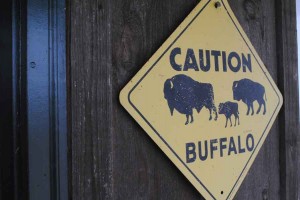 Oh, and I’d be remiss to not mention that not only is the meat high quality and delicious, it’s super good for you. Compared to other protein sources, it’s lean, low calorie and super high in vitamins and minerals. And did I mention I know where it comes from? Hey, even my mom thinks it’s worth smiling about! 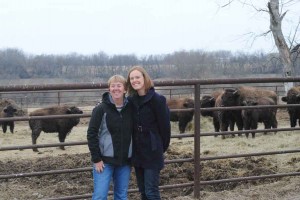 Are you like me and like to see the meat you’re eating or would you be if you had a farm near you? Or do you prefer to not see it, thankyouverymuch? Or are you a vegetarian or vegan? Ready to get in a Buffalo Stance? Let’s discuss! —Jenn