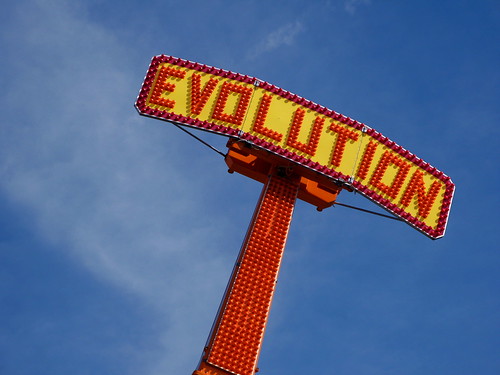 If I were to say that 2011 was the year of anything for me personally, it would be the Year of Finding My Healthy Groove. The foods we eat and the workouts we do are so influenced by our physical and mental states, and there’s no doubt that in the past eight months I have had some significant upheaval and changes (or experiments).

First, quitting my job to live my dream (which you’re looking at right now!) was HUGE. I went from eating out for lunch a few times a week—the boss pretty much required it for staying in good graces—to making my own culinary decisions at home (can you say “salad the size of my face”?). I also went from stressful 10- to 12-hour workdays that were highly structured to a lifestyle of my own choosing, wherein I decide when I need fresh air, a trip to Target, some yoga or even a nap. Sure, I still work a lot, but I get to make the call regarding what circumstances I do so. Big difference.

Second, I have all that freedom that I just declared as awesome. Meaning, that when you buy three bags of mini-Milky Way candy bars and only three trick-or-treaters show up for Halloween, you are left alone with said chocolate. (Yep, I had a bit of an emotional-eating refresher course in what not to do there. Lesson learned, THROW AWAY the candy or don’t buy it in the first place. And, if it’s calling your name louder than you can stand, check in with yourself as to what’s really up.) So even though all the big changes were good for me and my soul, they still took some adjusting to.

Then there’s the evolution of my workouts. I found this place, and really began to embrace and LOVE the idea that when it comes to fitness, I need to be challenged. And through that challenge, I have found true empowerment both physically and mentally. (You can see my delts now, too, which pretty much makes me giddy.) Also, today I work out far less than I have in the past. A few hard gym workouts, a run or two a week, plus some yoga, and I’m golden. Nothing more than 45 minutes per session—if that—and I almost always have two rest days a week where I just walk the dog. So the workouts have certainly evolved compared to these days.

Maybe the most telling change though has been with my eats. For various reasons, I set out on a vegetarian diet for the month of January and during the experiment, I learned a lot about what I like, what my body needs and what’s important to me. Namely, that I want to put really good fuel into my body—and that I want that fuel to taste damn good. During January, I cut a lot of dairy products out of my diet. I definitely wasn’t trying to go vegan, but it just seemed weird to me to avoid a piece of chicken while chowing down on enough mozzarella sticks to keep Kraft working overtime. And once I began to slowly reintroduce higher-quality meat sources (read: organic and free-range, plus lots of fish) after my stint as a veg, I just didn’t really bring dairy back in the mix. I have it occasionally on pizza or on an appetizer, but for me, the positive changes to my digestive system have been big enough for me to forgo the stuff pretty easily. (Like clockwork, people.)

The Lesson in All of This?

In a nutshell, I’ve just become more aware. Aware of how I spend my time…aware of what I feed my body…aware of how I feed my soul…aware of how my workouts and my actions and even my thoughts determine how I feel. Don’t get me wrong—I’m still very much about all things in moderation (wine, ahem, chocolate), but my definition of a “splurge” is a night of Trader Joe’s two-buck Chuck with some dark-chocolate covered almonds. Gawd, it’s good. (And my cravings for junk food? Seriously, 99 percent gone.)

So just know that no matter where you are on your health evolution, you’re growing and changing, even if you can’t see it. Sometimes it’s gradual, and sometimes it’s swift, but it’s always present as you learn, grow and experience new things.

Stay tuned for tomorrow when I’ll review the cookbook that inspired this whole post…you’ll see why! —Jenn