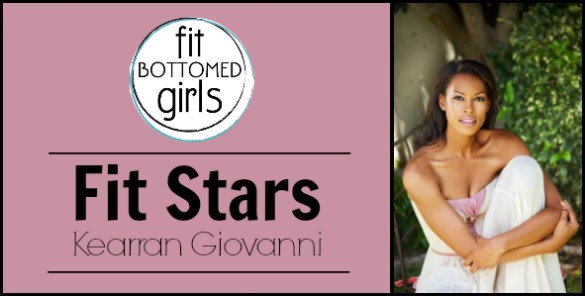 Besides being like crazy beautiful, Kearran Giovanni stars as detective Amy Sykes, the ambitious undercover police detective and military veteran, in the new hit TNT drama Major Crimes. Born in Louisiana and raised in Texas, Giovanni studied musical theater at the University of Cincinnati’s College Conservatory of Music and was also a student within the Alvin Ailey Summer Intensive (so she can dance!). Giovanni has performed in awesome roles like Catch Me If You Can, Sweet Charity and Back on Broadway (alongside Hugh Jackman), along with starring in One Life to Live. And we recently got to chat with her! Turns out Ms. Giovanni is a yogi, healthy mother and foodie!

Any Major Crimes or Kearran Giovanni fans out there? Show yourselves! And we totally want her kale salad recipes… —Jenn