The once adored flaxseed has suddenly become soooo last year, upstaged by the chia seed, no less! Yes, the small yet powerful ch-ch-chia has landed directly in the superfood spotlight. And not for its “hair” growing abilities, but for its numerous health benefits. And this time no one is laughing.
The same seeds that popularized that crazy pottery pet from the 70s are flavorless and can be used in a wide variety of dishes without altering the taste. Plus, unlike flax, these little numbers don’t have to be ground first to release their nutrients, and they won’t go rancid on you outside of the freezer. Much like your favorite LBD, they are your go-to little black (and white) seed of the pantry.
Sprinkle on oatmeal or yogurt for an omega-3, fiber-filled boost. Add to water or juice and create chia gel—a handy egg replacement for the vegan crowd. Or, use the same gel to replace up to one half of the butter or oil in a recipe to lower fat content. 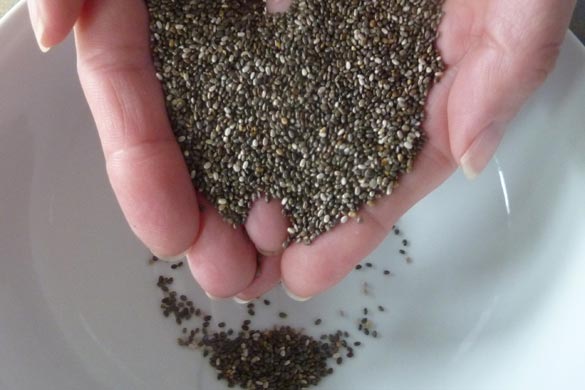 To create chia gel, simply mix one tablespoon of dry seeds with nine tablespoons of water or other liquid. I mix mine in a mason jar with a tight lid and shake. In about 15 minutes, the seeds will be suspended inside a ready-to-use thick gel-like substance, or stow it in the fridge for up to one week. Substitute ¼ cup gel for each egg in a recipe or measure equal parts chia gel to replace half of the fat in a recipe. 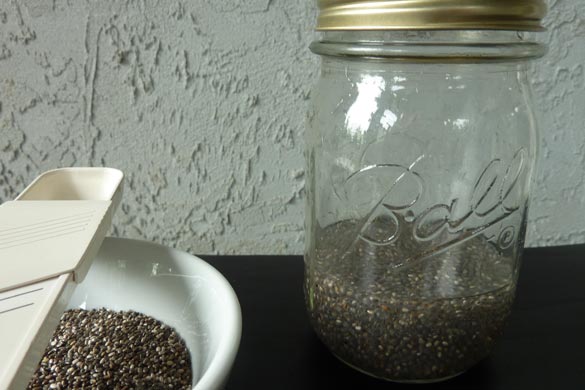 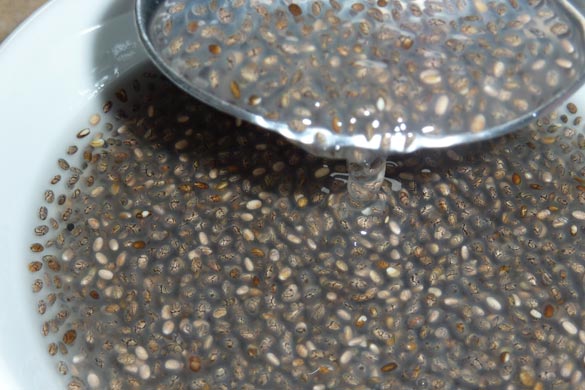 So far I’ve experimented with a couple of recipes: a baked olive oil donut topped with dark chocolate and sea salt, and a cookie recipe that’s been in my recipe box for years. I replaced the eggs in the donut recipe, and they came out moist and delicious. However, they were abnormally pale for a baked good, and you could see the seeds in the final product. Neither of these things mattered to me since they were covered in chocolate, and the specs, which looked similar to poppy seeds, just added a bit of pizzazz.
My cookie recipe didn’t fare quite so well. An oil-based recipe, this time I replaced one half of the canola oil with the gel. The batter was not nearly as dense as it usually is, and the cookies turned out a bit flatter, but it did not alter the taste. No one cared or noticed though, and they were gobbled up in no time.
For eye appeal, nothing can rival butter and eggs in traditional baking, but for a healthier substitute the chia gel is a star in its own right and deserves its A-list status.
Have you had any successes or failures baking with chia seeds? We’d like to hear how your recipes turned out. —Karen