Let that sink in for a moment.

The Nintendo Wii was HUGE. The console itself was sold out for months after launch. If I were ask you to guess what the best-selling title was on that system, then 99 percent of you would say either Super Mario or Zelda.

Wii Fit sold 22.67 million copies and is one of the best-selling titles ever. With numbers like that, one would think that an HD-era sequel would be a pretty big release and have a fair amount of hype following the title. For several reasons this has not been the case with Nintendo’s Wii Fit U for the Nintendo Wii U system, but it certainly deserves a look for fans of the original or Nintendo owners looking to get up off the couch. 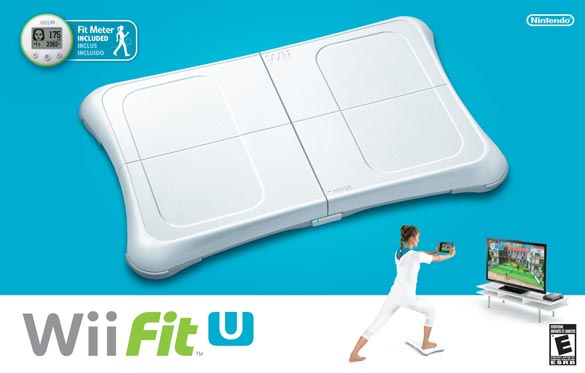 Just like the original, Wii Fit U is targeting an audience that is looking to work up a sweat and doesn’t have the time, funds or desire to head to a gym. Unlike other titles on other systems (such as EA Sports Active, which uses the Kinect sensor on Xbox 360), Wii Fit U isn’t going to teach you perfect form on its exercises, and it certainly isn’t going to turn you into a chiseled mound of muscle. Wii Fit U makes you sweat, burn some calories, and gives you a fair cardio workout that can be customized to fit your schedule or specific workout desires.

The Wii Fit U Set-Up

When you first boot up Wii Fit U you will go through a few body tests that determine the size and shape of your Mii character, and gives the software a rough idea how many calories your body will be burning throughout the exercises. The set-up was pretty simple and mainly consisted of standing on the Wii Balance Board at the appropriate time. From there you are able to custom-build an exercise routine from a variety of options. You can create a program from your favorite individual workouts, or follow a regimen based on the time you want to spend exercising and the general focus (or multiple areas of focus) you would like to have for that session. For my first workout, I selected options for warming up, cooling down, working on my stomach, back, shoulders and general calorie burning. I adjusted these until I hit my desired time of about 35 minutes.

The Wii Fit U Workout

Wii Fit U then ran me through a good workout that consisted of various yoga poses, crunches, lunges, running in place and even a salsa dance routine. Where Wii Fit U really shines though are the various “games” it sticks in between some of the more standard workout fare. One of these games involved standing on the board and leaning from side to side while I chucked snowballs at the various Mii characters stored on my system. Another involved timed boxing moves that were both challenging and very fun at the same time. When my 35 minutes were over I had worked up a pretty good sweat and had just enough aching to know that I had indeed gotten a workout.

It is important to note that Wii Fit U is only going to give you as much as you put into the program. Since it can’t track your whole body, there are any number of ways for you to cheat and just get through the workout, but then you need to ask yourself why you are trying this out in the first place. If you follow the on-screen demonstrations and displays as closely as possible, you will certainly get more than someone who is just casually following the instructor. You are graded on each routine after completion, but I found this system to be dubious at best. I would get four out of five stars on workouts I was pretty terrible at, and would only get one star on workouts where I felt I performed better. Again, your body will tell you when you are getting it right.

A new aspect of this version of the game is the Wii Fit Meter. This is basically a step counter that connects to your game and uploads data on the calories you’ve burned by walking around since your last session. It doesn’t have the options for tracking diet or other items like more expensive, dedicated fitness devices, but it does its job as a part of the Wii Fit U package. If you buy the game in stores you’ll get the meter, but if you download the game from the Wii U’s e-shop, you’ll have to buy the device separately. 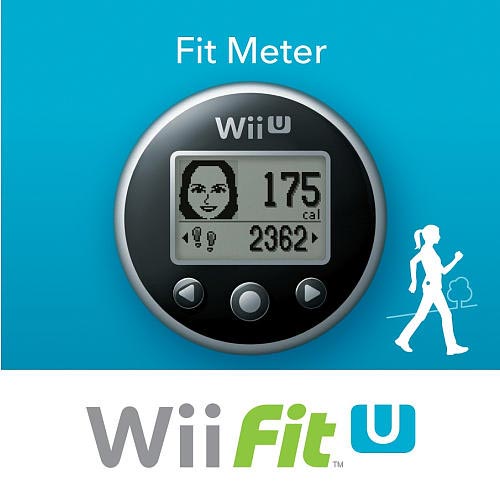 That brings up the main obstacle to overcome for Wii Fit U: The hardware. Obviously, the first thing you’ll need is the Nintendo Wii U system itself. The successor to the Wii hasn’t sold nearly as well as the original system, and now, following the release of the Xbox One and Playstation 4, Nintendo has an even tougher hill to climb. You’ll want to have two Wii Remote Plus controllers and the Wii Balance Board. The nice part of this is that Nintendo actually made Wii U backwards compatible with the controllers from the original Wii system. This means that if you already have Wii Remote controllers and a Wii Balance Board, then they will work perfectly with the Wii U. In fact Nintendo hasn’t changed these controllers at all for the new system and is still selling the same devices in new packaging. Lastly, you’ll need a living room with a lot of space in front of the TV with room to move to each side of the board.

The Wii Fit U Review Verdict

If you are a Nintendo fan and you need another reason to get up off the couch, I definitely recommend giving Wii Fit U a look. If you already have a Wii U system, then this a great product to keep families active on days when they can’t get out of the house. However, if you don’t have a Wii U and Nintendo games aren’t really your thing, then Wii Fit U probably isn’t going to be that lifestyle-changing piece of software that makes Nintendo’s newest console a must-have. Hardcore gamers who want to get in better shape might simply be better served picking up a Playstation 4 and getting a good run in outside.

Have you tried Wii Fit U? What are your thoughts on it? —Michael Sarver