Whether you’ve done the telltale stiff strut the day after a race or found yourself with a stiff neck from not paying attention to form during CrossFit, it’s likely you’ve faced down a musculoskeletal injury that required “RICE” — an acronym for rest, ice, compression and elevation. Since 1978, when RICE entered the athletic lexicon via Dr. Gabe Mirkin’s Sports Medicine Book, the treatment protocol has been widely accepted as the best.

It makes sense, if you think about it — if you’re injured, resting keeps you from further aggravating the injury; ice is cold, the perfect antitdote to inflammation; compression contains any swelling and encourages blood flow; and elevating the injured part forces blood to move through the body, speeding up the healing process.

But just because something sounds like it makes sense doesn’t necessarily mean it does make sense. Recent research has shown that RICE probably isn’t the best course of treatment after all, turning the world of sports medicine on its head. What’s even more surprising, however is the source of criticism: Dr. Gabe Mirkin, the very person who coined the term RICE in the first place. 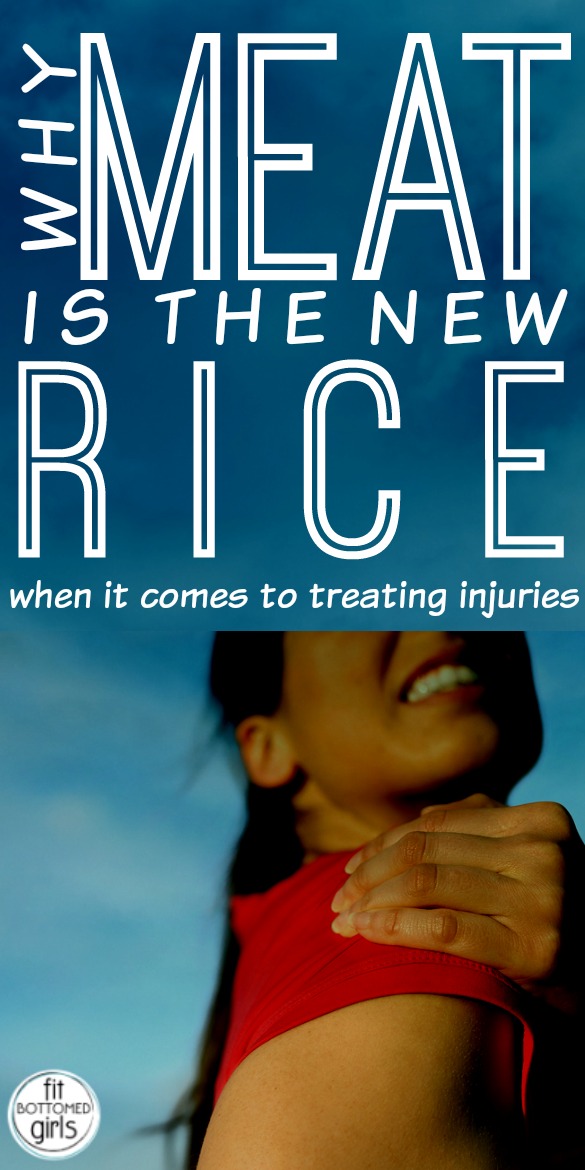 Though they aren’t the most comfortable sensations, inflammation and soreness are actually necessary for injury recovery. Icing removes some of that discomfort, yes, but it also prolongs the recovery period for muscular injuries.

When you break down a muscle or sustain an injury, your body sends as many resources as it can to the injured site to begin rebuilding. Think of your blood cells as a bunch of tiny little ambulances, all rushing to the scene of a crash. The more lanes that are open on the highway (in this case, your blood vessels), the faster the ambulances can get there to rescue victims.

Ice constricts your blood vessels — in other words, it closes a bunch of lanes on the highway and causes a traffic jam. In a 2013 study, researchers determined “topical cooling, a commonly used clinical intervention, seems to not improve but rather delay recovery from eccentric exercise-induced muscle damage.”

Resting an injury has similar effects — though immobilizing an injury doesn’t necessarily “close the lanes” in your blood vessels, it certainly isn’t helping your blood cells move any faster. When you move, your heart pumps more blood, which means the injured site can get more resources, more quickly. A comprehensive 2012 study of ankle sprains tells us that those who had their sprained ankles immobilized with splints and crutches required more missed days of work and more medical treatment than those who gently moved their injury early and often.

What About C and E?


Though the consensus is pretty clear on the inefficiency of rest and ice, the jury still seems to be out on compression and elevation. In some cases, muscular injuries lead to extreme swelling, known as edema. If edema is not controlled, it can cause long-term or even permanent damage to the injured area. In this case, compression from a bandage, garment or pneumatic device can be beneficial. As for elevation, there’s not much to say that it helps, but there also isn’t much that says it hurts, either.

Skip the RICE and Get Some MEAT

The new approach to replace rest, ice, compression and elevation is MEAT: movement, exercise, analgesics, treatment. When you experience a musculoskeletal injury, skip the ice pack and try this instead:

Have you tried this new approach to recovering from injuries? I want to hear about your experience with MEAT! —Susan