I might’ve gone to Seattle with Brooks Running to check out their HQ and run a half marathon, but you’d think I went there strictly to eat based on the incredible variety of delectable eats I sampled while I was out there. I could honestly write a book on my selection of meals — I’d like to say I didn’t make a bad choice, but I think it was more that there were no bad choices to be made. Seattlites eat well!
So, in the interest of getting you the important information you need for your next trip to the Emerald City, here’s a rundown of where I went and what I loved! (Of course, if you need an appetizer, you can also check out what Jenn ate when she went last year.) 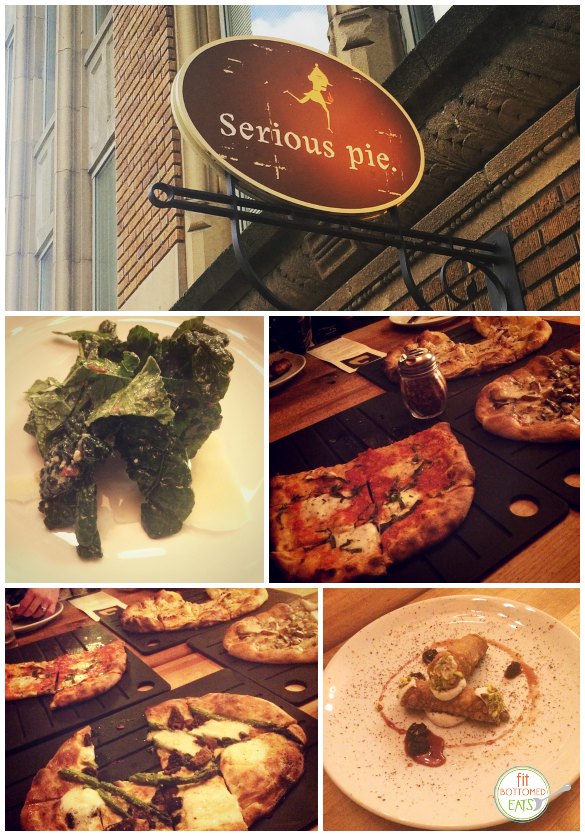 Lunch at Brooks was catered by Gourmondos — the entire Brooks blog ambassador crew had a chance to select a (very fancy) box lunch ahead of time, and I opted for the Vegan Grilled Vegetable Panini. I mean, I would’ve been okay adding a bit of cheese to it, too, but boy, did it hit the spot after a long morning of travel.
After meetings, a tour, and a little shakeout run, our group picked up our race packets and headed over to Serious Pie, where food — a lot of food — had been preordered. We started out with some appetizers and salads, which were great (oh my lord, the marinated lacinato kale, calabrian chilies, pine nuts salad — get it if you go!), but you really go there for the pizza, and for good reason. We had six different pies at our table, but the one that stayed in my dreams was the roasted seasonal mushrooms and truffle cheese pizza. The flavors were so unexpected and complex. We finished off with a sampling of every dessert on the menu, which I fully planned to eschew, but once they were in front of me, well … even if sweets aren’t your thing, it’s worth checking out the options. 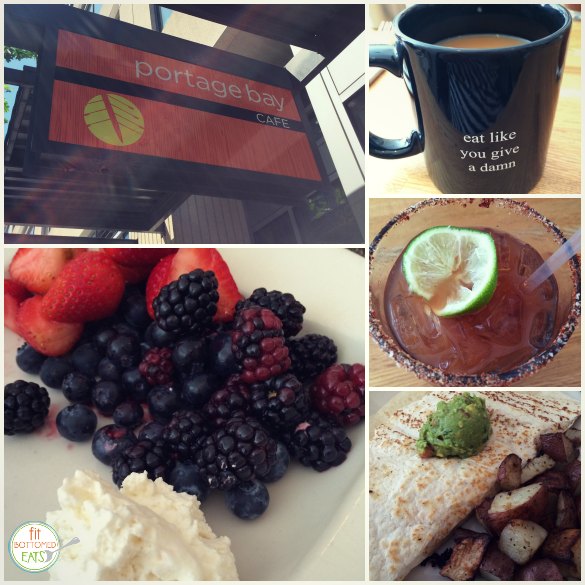 Following the Rock ‘n’ Roll Seattle Half Marathon (about which I’ll be sharing a recap over on Fit Bottomed Girls shortly, if you’re interested!), we walked back to the hotel with just a slight detour to take us by Top Pot Doughnuts. I followed Janae’s lead and snagged an apple fritter, which was delicious — I don’t go for donuts very often, but when I do, I like to make them count. The only downside to it was that it filled me up a bit, which meant I wasn’t as hungry as I might’ve hoped to be for our next stop.
Brunch was at Portage Bay Cafe, where their motto is “Eat like you give a damn.” I started with a Sake Bloody Mary (spicy!), made my way to the completely insane berry bar (everyone had been raving about it from the year before, so I knew I had to try it — boatloads of all kinds of fresh berries, plus whipped cream and more), then tried my best to make a dent in some migas, but as delicious as they were, I just didn’t have room for more than a few bites. I’m not always a voracious eater that quickly after a race — is that just me?
We followed brunch with a Duck Tour — and no, there was no food involved, but I had to mention it because it was seriously cool. I found myself teaching friends who lived in the area things I learned on the tour!
We ended the Brooks trip at Loulay, where we enjoyed a three-course meal (and a couple glasses of rosé from Brad and Angelina’s winery, Miraval). The whole meal was delicious, but the first course of Crab Beignets (dungeness crab fritters served with harissa aioli) was really the standout to me. 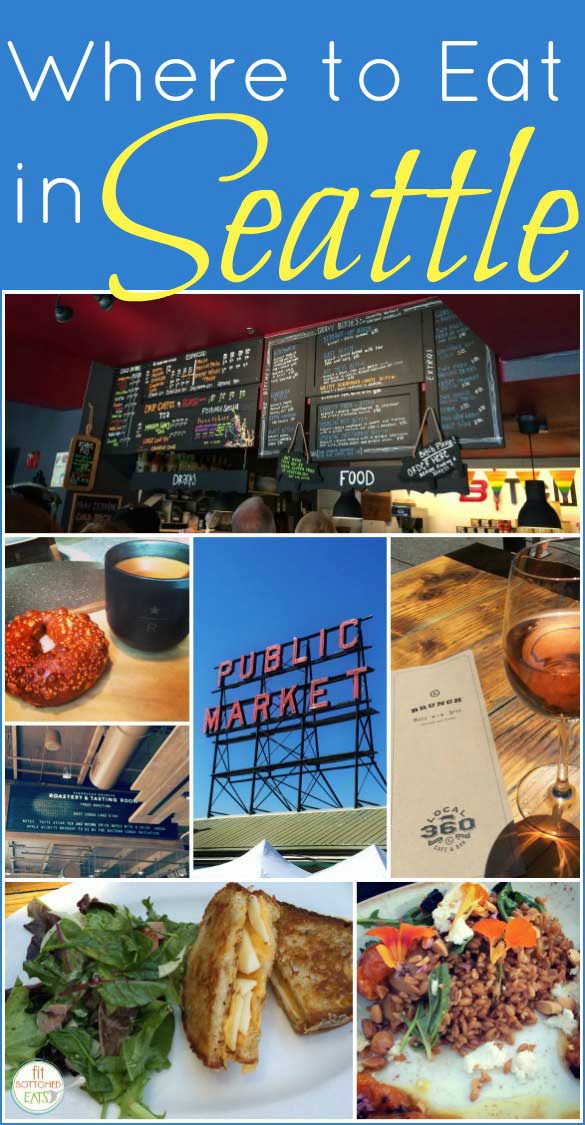 I spent the next few days kicking around Seattle, visiting friends and, of course, eating really, really well. I met up with some friends who were also there for the race on Sunday morning and had a breakfast sandwich (a Bitchwich, as it were) at Biscuit Bitch. I walked around Pike’s Place Market, eventually ending up over at Olympic Sculpture Park where I took advantage of the fabulous weather, gorgeous view of Puget Sound (I think), and plentiful chairs by settling in with a book and a big bottle of water, then took myself to lunch over at Local 360 (thank you for the recommendation, Yelp!), and snacked on a salad and fancy schmancy grilled cheese while doing a bit of people watching — and on a gorgeous, sunny day in downtown Seattle, there’s some excellent people (and dog!) watching.
I had a few more memorable meals (most made all the more memorable by the company — how much do you love catching up with old friends you haven’t seen in a few years? It’s seriously my favorite). There was dinner and a sunset at Westward (try the chickpeas!), coffee and a truffled egg sandwich at the Starbucks Reserve Roastery and Tasting Room, wine and cheese at Cafe Presse, and an incredible veggie lasagna at The Pink Door (if only we could’ve snagged a spot on that beautiful patio!) just before catching a red-eye home.
Are you familiar with Seattle? What are your favorite spots? —Kristen