Traveling to the West Coast almost always feels like a bit of a time warp to me because I get up on East Coast time and stay up with the West Coasters. My recent trip to Seattle to tour the city and run the Rock ‘n’ Roll Seattle Half Marathon with my fellow Brooks Running blog ambassadors (which means, to be clear, that Brooks paid for us to fly out, run the race, tour their headquarters and do some amazing stuff around the city, but trust me — any gushing I do here is solely because I had a fantastic time and it’s all coming straight from the heart) was no exception.

It all started with a 3 a.m. wake-up to make sure I’d catch my very early flight, and although I’d planned to eschew the pre-flight coffee anyway to up my chances of napping at 20k feet, it still stung a bit to arrive at my gate well before any of the coffee shops in the airport had even begun to stir. 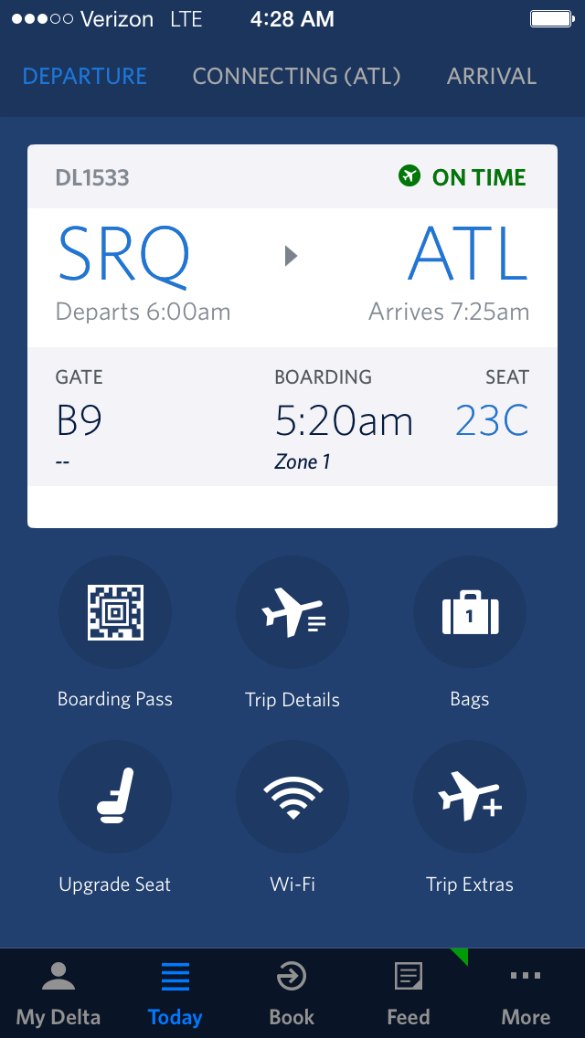 Still, through the magic that is air travel, within just a few hours I caught a glimpse of Mount Rainier and a short time later, I joined my fellow bloggers and we were shuttled over to Brooks brand new (and freaking gorgeous) HQ, which is located right at the trailhead for the Burke-Gilman Trail. In fact, the ground floor on that corner is a Brooks Running store called the Trailhead, and it’s so runner-friendly that, should you find yourself running by, you can stop in to pick up some essentials (like gels, Nuun, band-aids) for free. And, when you cross the road, you might notice giant sneaker shoe prints making up the crosswalk! 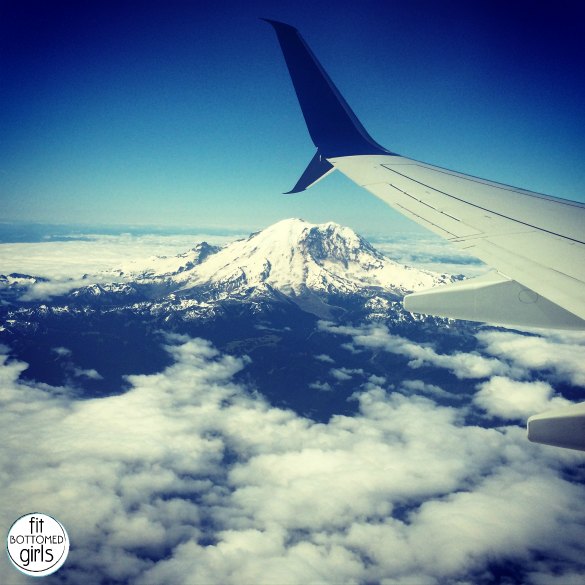 We started out with a little lunch from Gourmando with Brooks CEO Jim Weber (NBD, totally typical FBG Friday, right? OMG.) just outside the Brooks BEASTro on an upper-level patio overlooking Lake Union — we couldn’t possibly stay inside on such a glorious day! (Side note: I strongly suspect that people who live in Seattle tell the rest of us that it’s gray and rainy there as a way to keep us from staying, because I saw only blue skies and sunshine. I’m on to you, Seattlites.) 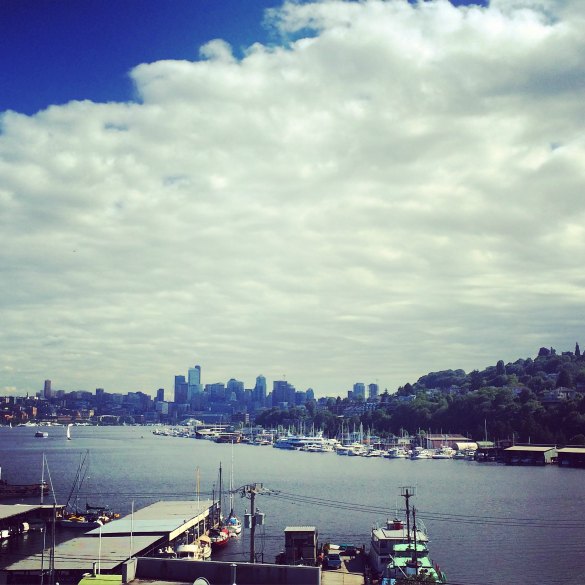 Not a terrible view for lunch, right?

Then, we got to meet with Brooks peeps to hear all about what’s new and cool — and there was a lot to learn. Here are just a few highlights — honestly, I feel like I could write a book about everything I saw and all the amazing stuff on the horizon! 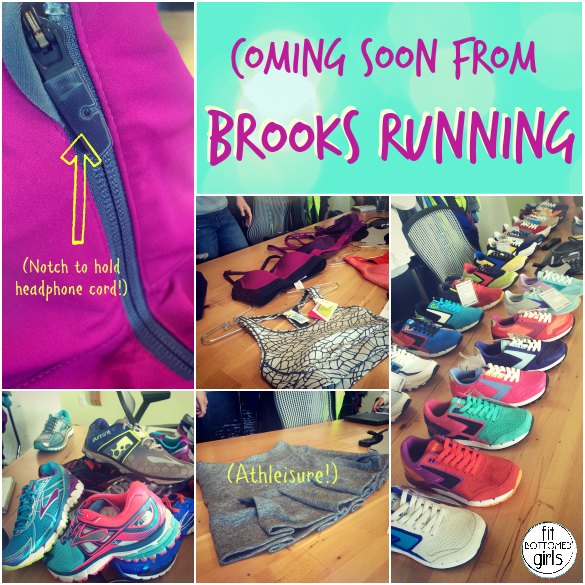 Shoes: From updated colors and fabrics to themes centered around seasons and decades, there’s some sweet stuff coming out this summer and for Spring 2016. I was blown away by the newest shoes from the Heritage Collection (made for style over running functionality), which are hearkening back to the authentic originals from the 70s, 80s and 90s, but with a modernized aesthetic. But, if it’s running shoes you’re after, Fall 2015 has some incredible options. I already told you all about the Ghost 8 with its new mesh on the toe, but I’m also pretty geeked about the Transcend, which is coming out with new colors but also has a cool bumper outsole that I think people who like cushioned, supportive are really going to dig.

(It was at this point I started to require coffee — getting to drink it out of this cute cup was just a bonus!) 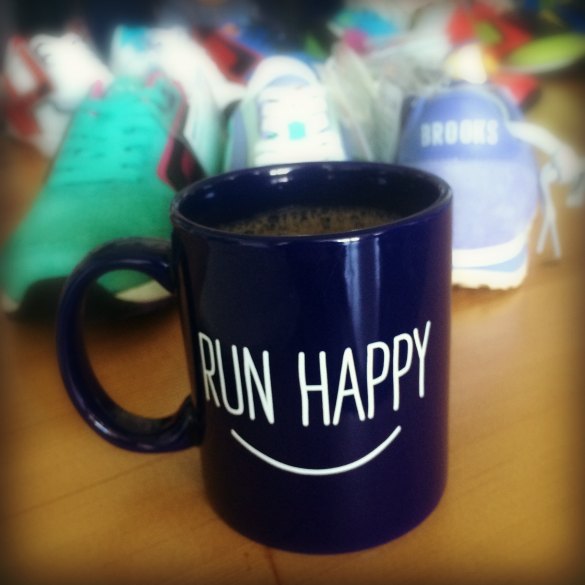 Apparel: The word of the day in the apparel presentation was athleisure, and there were a slew of new items designed to take you from street to studio to work to track to … well, wherever it is you want to go. Gotta love tops and leggings that do double duty as casual wear and serious workout gear, right? But, if you’re into more traditional running gear, don’t worry — there are some amazing updates with incredible attention to detail coming your way. We’re talking about weather-resistance, layering functionality (a coat that balls up into its own pocket and has an armband so you can carry it with you hands free!), and more consistent sizing.

And! They’re extending sizing on either end for some styles, make XS a true size zero, and carrying up to XXL (equivalent of size 20-22). Oh, and if you’re wondering about carrying your tech with you, get ready — leggings and shorts will have water- and sweat-resistant pockets capable of holding even an iPhone 6, and they’ve got zippers with notches for holding your headphone cord. So. Cool.

Bras: It’s official — Moving Comfort is a part of Brooks Running, and this is great news for runners (or anyone looking to reduce bounce and improve comfort). I learned an enormous amount in this session alone, but a couple of surprising takeaways were that they say no sports bra should celebrate a birthday because every time you wear a bra, it breaks down a wee bit, so a year from the time you buy it, it’s probably not as supportive as it should be. Also, support should come more from the band than the straps, so although the band should fit well, you should be able to fit a couple fingers between it and your skin.

Off to the Races

Once our meetings were complete, we got a tour of the full Brooks facility … including Research and Development, where we saw such super-secret stuff that we weren’t even allowed to have our cameras out except for one little spot, which showed some of the machines they use to put their shoes through the ringer. (Or, I guess, through the Cecil and Sara, as it were.) 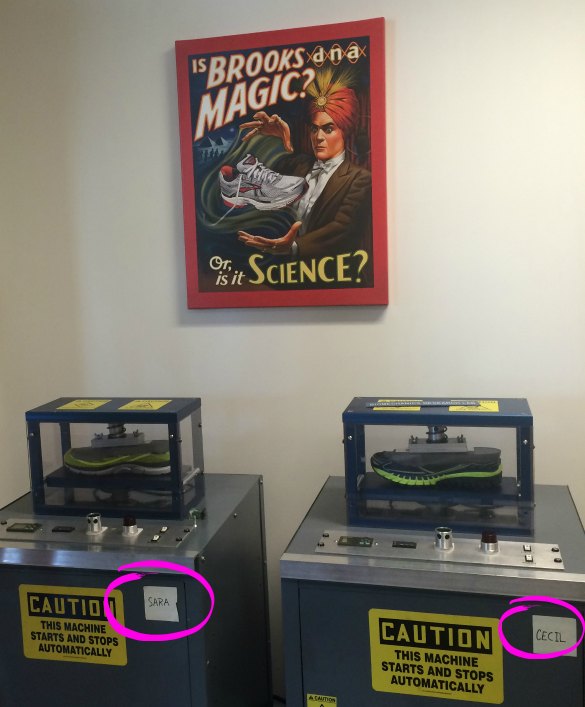 Meet Cecil and Sara, a couple of the machines behind the scenes at Brooks Research and Development.

The end of the tour signaled the end of the business portion of the day, but we weren’t done at Brooks — we had a chance to warm up (including my new favorite move!) and go for a short little shakeout run with Deb Maier, who happens to be a member of the Brooks Beasts elite team (and, aside from being the 2012 NCAA indoor runner-up in the 3,000 meters and 5,000 meters, and last year, she randomly became the ElliptiGO World Champion … setting a new record as she did so). Pretty inspiring stuff, right?

And in case running with Deb wasn’t enough, let me fill you in on the other incredible women who were right there alongside me: 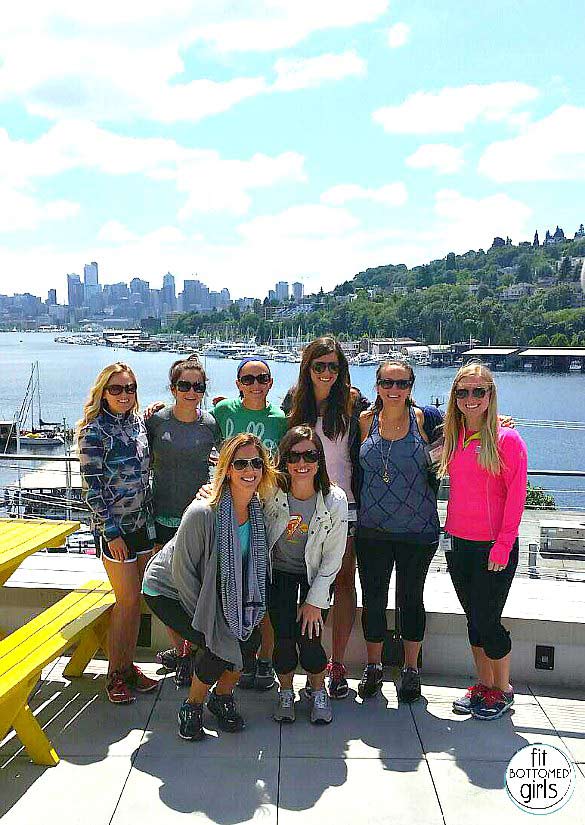 and me, in case you didn’t recognize me out of running clothes!

By the time I had everyone’s names memorized, I already knew I’d made a slew of new friends … and it was time to hit the race expo. We didn’t have much time to cruise around (or check out the Run Happy Island, which looked awesome with a mechanical shoe to ride and more fun stuff to do), though, because we needed to get over to Serious Pie for our pre-race dinner of all the pizza … which you’ll get to hear all about soon in a post over on Fit Bottomed Eats.

Oh, and if you’re wondering about the race? Hang tight. Recap coming separately — and while there’s no eating ice out of my sports bra, rest assured, it’s a good one!

How do you feel about the super hot athleisure trend? I doubt anyone will be surprised to hear that I am very happy to see it getting bigger and bigger. —Kristen