A couple of months ago my bud Tish hipped me to the Netflix original series “Chef’s Table.” And, guys, my foodie self hasn’t been the same since. It is life changing.
Yes, I’m not exaggerating. Life changing.
Because after watching just one episode, you’ll see food, art, creativity and passion through a whole new set of (unique) eyeballs. 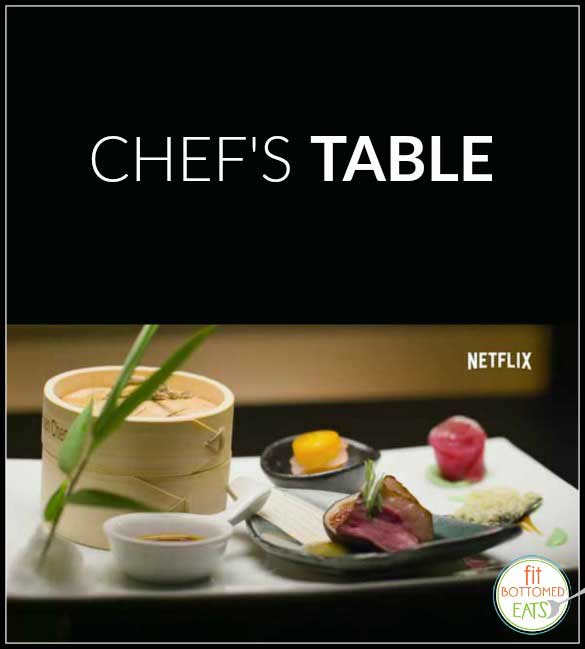 Created by the same director who did Jiro Dreams of Sushi (which, by the way, have you seen that?! Also amazeballs), the documentary series takes a deep and philosophical look at some of today’s most inspired and ground-breaking chefs. You learn about their lives, their visions, their philosophies and you see — firsthand through gorgeous shot after gorgeous shot — their unrelenting drive, passion and mission to create the food they were born to not just have people eat, but to have people experience.
The differences between the chefs featured couldn’t be more pronounced either. There’s the epitome of farm-to-table, the man who’s redefining what “Italian cuisine” is, the woman who is doing it her way in a soft-spoken yet rebellious manner, the tortured romantic living out in the wilderness … the personal stories are just incredible. And what they put on a plate is even more amazing. The documentary transcends just food though — it’s really about art, creativity and the deep need we have to express ourselves and change the world. A few minutes in, and you’re already thinking about how you could improve your cooking and life for the better.
I still have one more episode to go in the series — which I keep putting off watching. Because, you know how when you really like something you save it because you don’t want it to be over? Yeah, that’s what I’m doing with “Chef’s Table.” And even though there are some super hilarious spoofs out there on it, I’m so hoping there’s a season two. My foodie soul is already craving it.
Have you seen “Chef’s Table” yet? Do you have a fave chef that was featured? There’s something I love about each one, but I really love what Dan Barber is doing. And Massimo Buttura is kind of fantastic (LOVE his wife). Then there’s Niki Nakayama. I’d LOVE to go to her restaurant! —Jenn