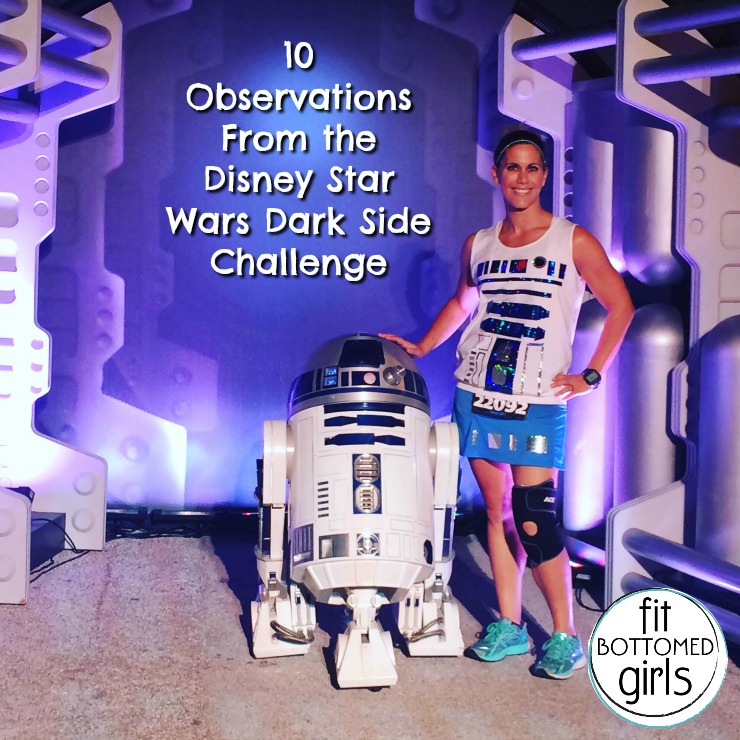 Last year, when news broke that Disney World (meaning the one in Florida, not California) would be holding a Star Wars race weekend, I got pretty excited. I’d say I’m a mild Star Wars geek, but I’m married to one of the biggest you’ll ever meet (no, seriously — he can play the Star Wars Trivial Pursuit game and never get an answer wrong), and the fandom has rubbed off on me a fair bit.

Plus, ever since I did the Runner’s World race weekend, I’ve been really interested in finding more multi-race weekend events. I do not want to do a full marathon, but I can certainly run close to that distance over the course of a couple of days.

Also? I’ve lived in Florida since 2000 but had not yet done a single Disney race. I was pretty sure they were going to pull my Sunshine State card if I didn’t do one soon. 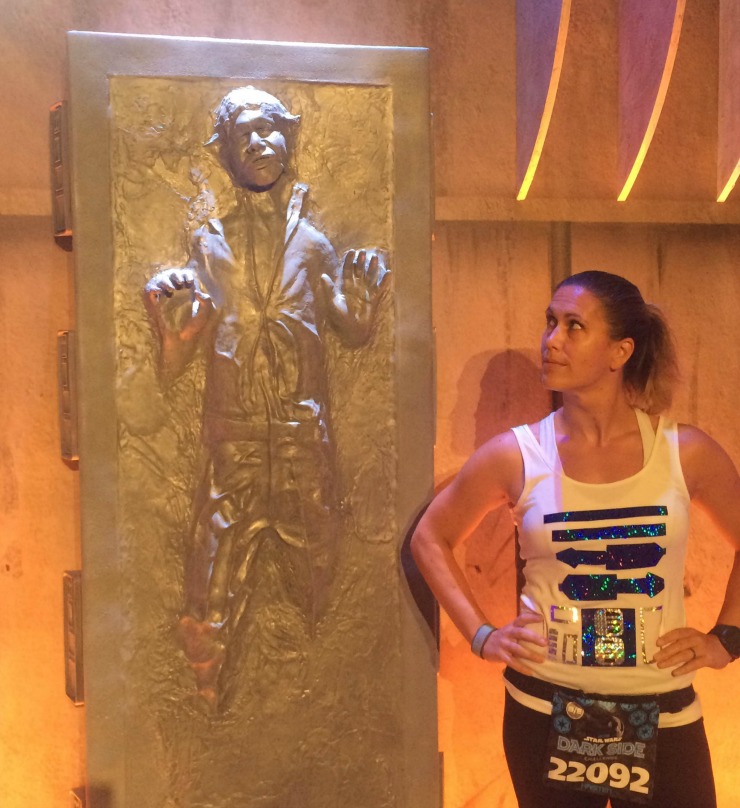 So, I set myself a reminder for when registration was opening — I knew that the Star Wars race weekend had sold out in almost no time in California, and I didn’t want to miss my chance. When it finally opened, I signed up for the Star Wars Dark Side Challenge, meaning I would run a 10k on Saturday and a half marathon on Sunday. The entry fee was … steeper than the spindles atop Cinderella’s castle, if I’m being honest, but I justified it by telling myself that I was basically getting a deal by doing both races — it would’ve been silly to do only one, right? 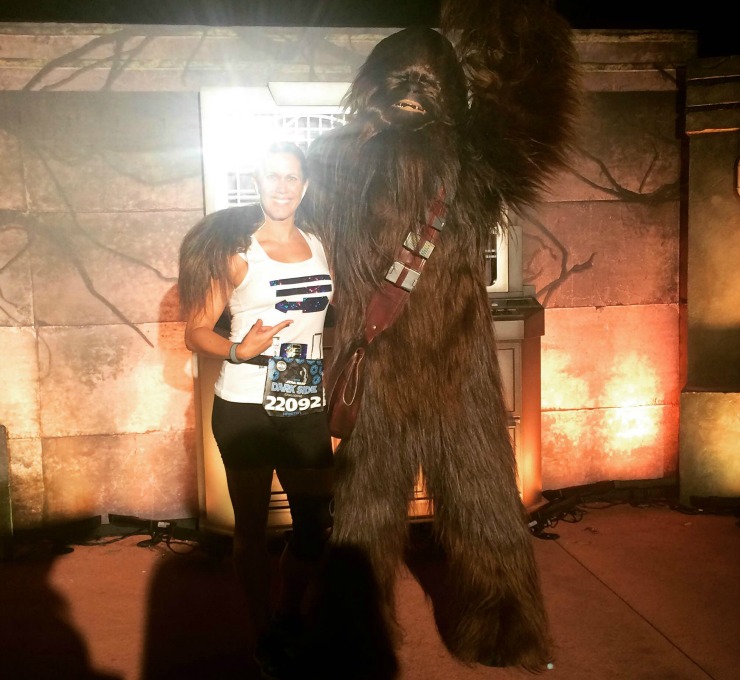 A couple of weeks ago, I put together my R2D2 costumes (which consisted of white shirts and shiny duck tape — a tutorial is in the works, I promise) and headed to Orlando, and I quickly realized that a Disney race weekend isn’t just a weekend of running — it’s definitely an experience … and should be treated as such. With that in mind, here are a few lessons I learned at my first Disney race weekend!

So, I know what you’re wondering. Since I was full of both pros and cons in my observations, would I do it again? Yes and no. 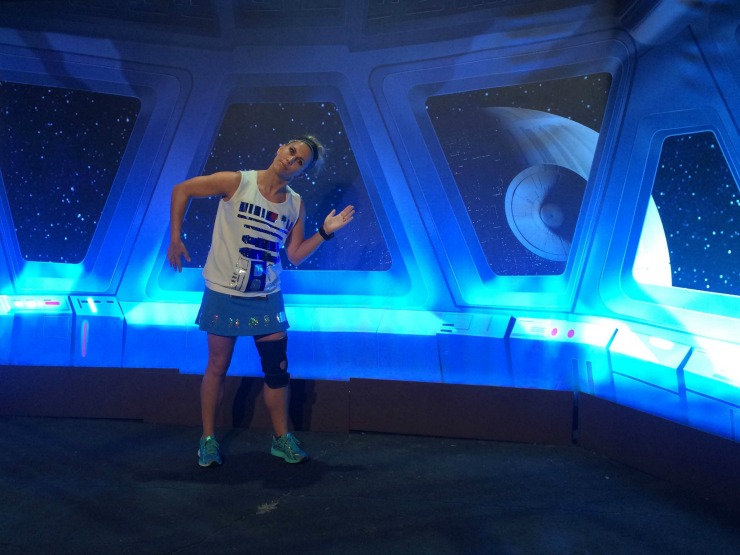 I would do another Disney race weekend with friends who were similarly disposed to taking our time on the course and getting good pictures, as long as the race didn’t take place in the heat of summer. I had a blast hanging out at the pool and hot tub with one friend after the 10k and running the half marathon with another one, and it ended up being an awesome excuse for a girls’ weekend.

I probably would not do one by myself — I certainly don’t mind racing, running or spending time alone, but the Disney race experience is definitely one that’s very much enhanced when shared. And I would make sure the timing was such that I could make a full weekend out of the experience. Circumstances this time around were such that I barely had time to shower before heading to the airport for a long day of travel. I do not recommend that course of action in the least — I think I’m still recovering! 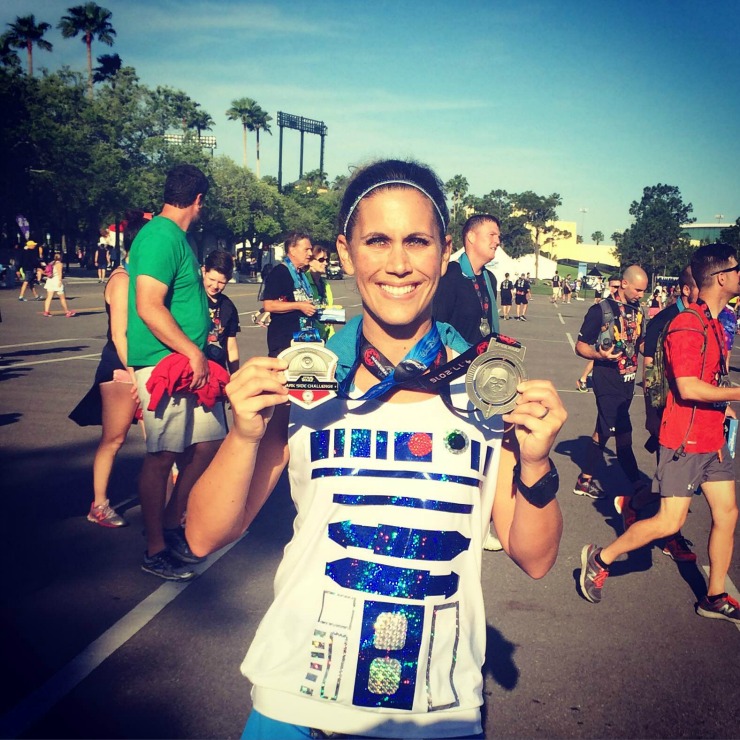 It’s also worth noting that everyone’s experience is clearly very different. I came away with some lessons learned and a little perspective on what to expect, but basically every single other person I talked to after the race was beyond thrilled and couldn’t wait to do it again. The bus ride back to the resort was absolutely buzzing with talk of which other Disney races people had done and which ones they were planning to do again.

Have you done any Disney races, and if so, was it totally your jam? I can’t help but wonder if I would’ve geeked out more if the race had been, say, Harry Potter-themed. —Kristen