Do you know figure skater Ashley Wagner? You should. As the 2016 World silver medalist, three-time U.S. champion and 2014 Olympic bronze medalist (team event), she is the definition of badass. And while you can assume that she does some serious training on the ice, she also kicks so much booty in workouts off the ice. And she’s sharing one with us today!

As a member of a military family, Ashley moved nine times growing up — but the ice rink always provided her with a sense of home despite all the change. Her family settled in the Alexandria, Virginia area, but Wagner relocated to Los Angeles to pursue her training in 2011. Since then, Wagner has represented Team USA since 2006 and is now working toward her goal of making her second Olympic Team in 2018. And with training like this, we totally expect her to do it! Here’s one of her HIIT workouts, in her own words.

The Badass Workout Ashley Wagner Does Off the Ice 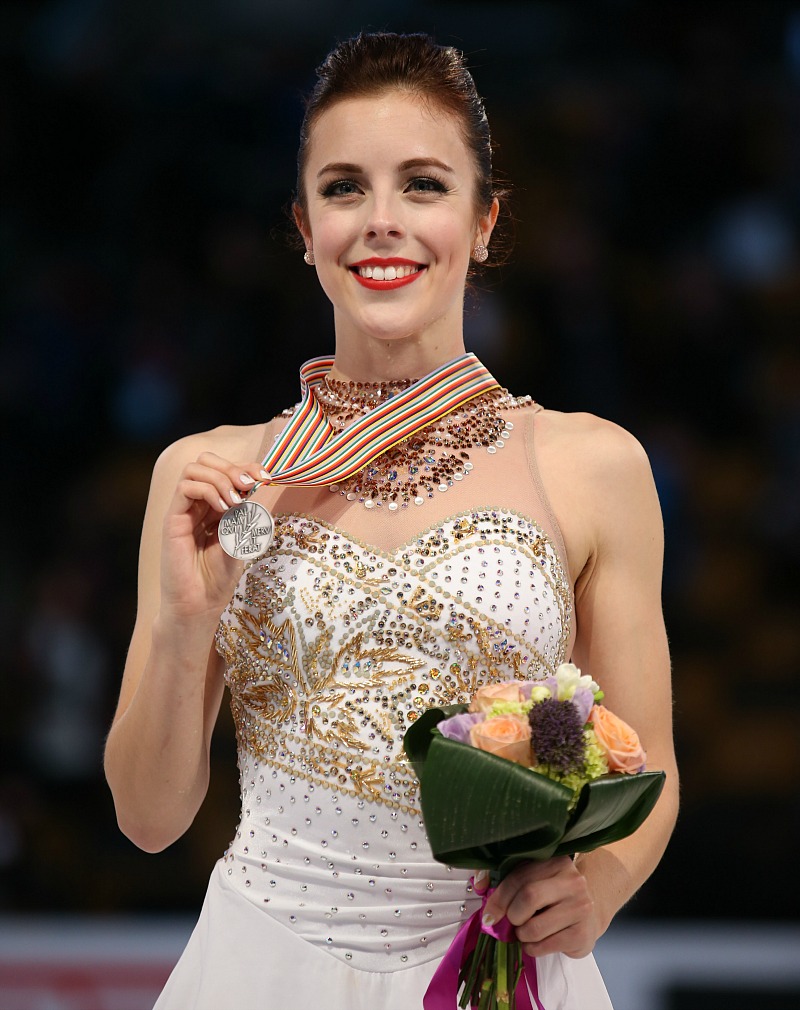 In addition to on-ice training (three to four hours, five days a week), stretching, massage and a balanced diet, HIIT training is a crucial part of my conditioning and my preferred form of off-ice training.

HIIT is a guaranteed way to kickstart my season, then help me maintain endurance throughout the long and intense figure skating season. Plus, it is so much easier to wrap my head around the idea of quick intense bursts of energy, rather than long drawn-out workouts. Work through the pain and be out of the gym in about an hour — I love it!

My HIIT training sessions start with 2 minutes of light jogging to get warmed up and into my body. Then I head over to the stairs (or stairmill) and run them for 1 to 2 minutes. Now I’m ready to start my HIIT series.

For my in-season workouts, I do 2 minutes of high-intensity followed by 1 minute of light active rest. Feel free to modify the timing so it works with your fitness level and goals! Repeat the circuit up to four times. Have fun and perform each interval all out!

Don’t forget to cool down and stretch when you’re done!

A huge thanks to Ashley for sharing her HIIT workout! —Jenn