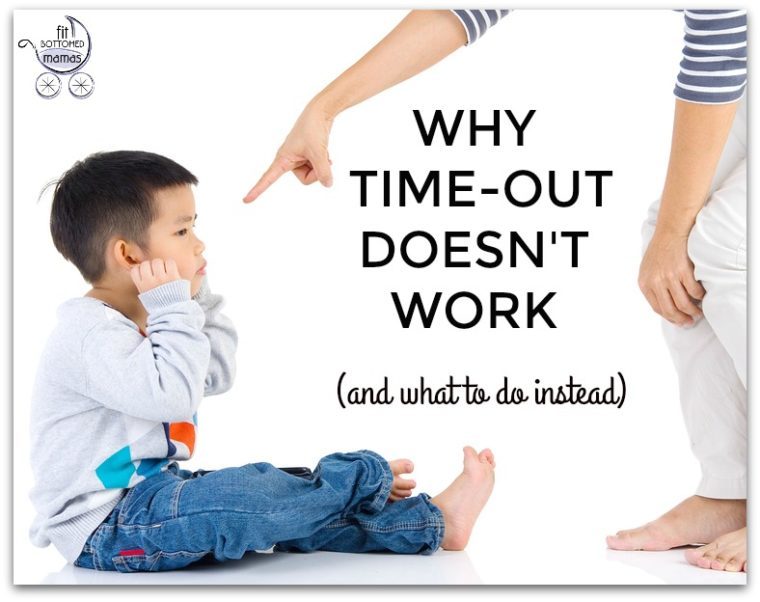 Remember in my last post where I said that saying “you’re okay” hurts our kids? This post is going to build on that. Today I’m going to explain how time-out can hurt our kids, too.

Before I get into this, I know you’re doing the best you can. If you’ve said “you’re okay” or if you’ve used time-out, you’ve done it from the best intentions of helping your kids and setting boundaries.

My intention isn’t to point out what anyone is doing wrong. I want to empower you to improve your relationship with your kids.

I even tried time-out a few times with my older daughter. When I tried, her anger escalated to epic proportions, with her screaming louder. She was more aggressive, and not at all considering what got her into that position. Truthfully it left us both pretty rattled.

Naturally, as kids grow, they start pushing boundaries to figure out what kind of behavior is acceptable and what isn’t. And then the day comes when they do something you really don’t approve of, and they get their first time-out. Sometimes they’re even restrained until they can learn to manage their emotions.

But the problem with this, in many cases, is they haven’t yet been taught how to manage their emotions. By being told “you’re okay,” they’ve been told how to feel. So when they’re in time-out, and maybe even labeled as “bad,” they’re not thinking about what they did. They’re thinking about what is wrong with them that they don’t feel the way you want them to feel. It feeds feelings of insecurity.

Instead of the child learning to recognize their emotions and how to express what they need, they figure out how they need to behave to get out of time-out. (Not my kid. She just screams louder for longer.)

This is why time-out isn’t an effective form of punishment. It might work temporarily but it doesn’t teach the child how to regulate their emotions. When a child can regulate their emotions, they feel safe. When children feel safe, they don’t need to act out. Part of their natural development, especially around 2.5 and 3.5 years old, keeps them from feeling safe. This creates lots of chaos in their little minds and bodies and causes them to act out frequently. This is why the 2s and 3s are so hard. It’s a hard time for the kids because they don’t understand what’s happening in their bodies — they are incapable of regulating on their own — and it’s usually triggering for their parents.

What To Do Instead

We can teach kids how to self-regulate by teaching them to work through their emotions and impulses. When we isolate our kids, we end up encouraging impulsive, negative behavior by feeding their feelings of insecurity. And, instead of feeling safe to explore what they know they shouldn’t in front of  you, they’re more likely to hide their behavior so they don’t get caught.

The next time you’re considering using time-out, ask yourself: do you want your child to learn to express themselves in a healthy way, or do you want them to perform in order to make you happy?

When we take time to connect with our kids, acknowledge them, and show them how to express themselves, there won’t be any need for time-out. Put yourself in their shoes and see what you think they might be feeling, and how might you feel at that moment. To be fair, this can take some time, but so does navigating a tantrum. In the long run, showing empathy and connecting is faster because you won’t face as many tantrums and they won’t last as long.

What have your kids done that you would put them into time-out? Comment on your situations here and in a future post, I’ll share how to navigate those situations. —Cati