I really didn’t think my relationship with food was too screwed up in my 20s. Well, other than a few dalliances with trying to figure out just how few calories I could get away with eating (and obsessively tracking each bite) and subsisting for days at a time on steamed broccoli and Slim-Fast before breaking down and binging on Doritos and Chips Ahoy, that is.

Pretty typical for a girl coming of age in the late 80s and 90s, right? It wasn’t much different than what I saw basically everyone around me doing. I sipped my Diet Coke, told my stomach to stop growling and spent a ton of time on the elliptical, because, hey, wasn’t that the true path to a bikini body? 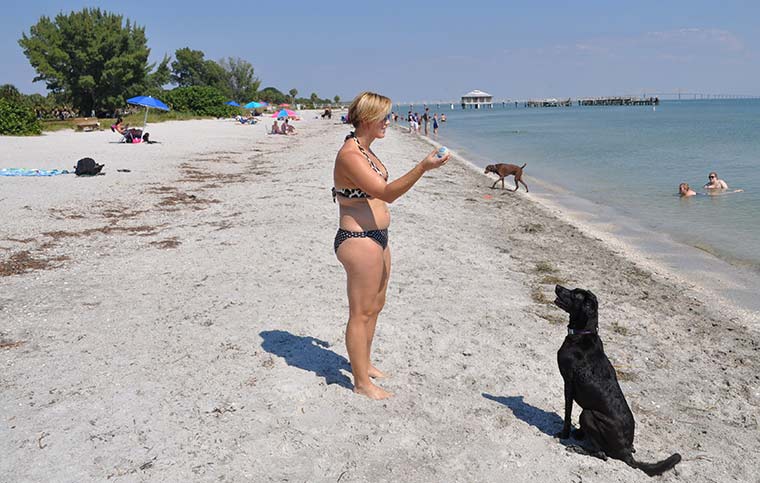 I wasn’t entirely unaware of the fact that I was developing some less-than-ideal habits. I knew that I couldn’t open a sleeve of Thin Mints unless I had someone to share them with … because I would eat them until they were gone. So mostly, I just didn’t open them — until, you know, I couldn’t take it anymore and tore them apart, leaving nothing but crumbs in my wake. And then I’d beat myself up over having no willpower, which felt terrible (because GOLLY do I hate to be criticized, even my myself), so I’d just feel like the most hopeless failure imaginable. The shame spiral started there and worked its way into just about every other aspect of my life, because if I wasn’t a strong enough person to resist a the siren song of Girl Scout cookies, how could I expect to ever succeed at anything? And, also, NO WONDER people didn’t like me and I wonder what other things I’ll fail at in my future …

Oh, right. I was in a loving relationship, had a whole group of wonderful friends and supportive family, and although I wasn’t exactly in my chosen field just yet, I was moving right up in my place of work (and, unbeknownst to me at the time, would soon move into a career in digital media that would fulfill my dreams and then some).

But it was really hard to see the good stuff, let alone feel grateful for it all, through that toxic haze of self-loathing.

Did I mention I was also coaching youth volleyball at the time? So as I was battling with my own sense of self worth, I was spending a few nights a week trying to drill the love yourself/appreciate-your-body-for-what-it-can-do message into the minds of young women. And no, I didn’t see the disconnect between being a champion of body image one minute and scowling at my stomach in the mirror the next.

I didn’t experience the kind of ah-ha moment that Jenn did, so I feel like every time I tell the story of how I truly came to embrace myself, perceived flaws and all, it’s a little different. There were just so many things that brought me here. And they’re all important.

However, I have to give a lot of credit to the sport of triathlon. The sport got me to really push my limits — and, as I did so, I really had no choice but to learn about nutrition from a place of curiosity rather than judgement. I knew how terrible I felt during my first half marathon (during which I refused to eat or drink anything but water because I wanted to lose weight, and therefore I bonked), and I knew I never wanted to experience that again. As I learned more about what my body actually required to compete and train, my unhealthy associations (hunger with shame, eating with guilt) began to subside.

They eased further as I surrounded myself with more and more people who loved to be active — and also really, really loved to eat. We celebrated long runs and races with meals together, and if there were feelings of having “earned it,” it wasn’t about burning off those calories. It was about sharing things we enjoyed with people we like while celebrating things we were proud of.

At this point in the story, my emotions around food itself were pretty well in check, but my weight and body image? Less so. And while I didn’t consider many foods truly off-limits, I still struggled with binging on foods I really loved but didn’t have often.

So, what happened to change that? More and more tiny steps, every single day. I worked hard to stop negative self-talk about my body. I said kind things to myself in the mirror. I became more vocal in social settings when someone would put themselves down or make a disparaging comment about looks or weight. (I also changed my method of birth control around this time, which I think was a factor in both my mental health and weight — but it was only one of many factors.) I treated myself like I would treat my best friend — not because I was desperate to lose weight, but simply because I knew I deserved unlimited compassion. We all do.

What do you know? Clothes began to fit better, and, when I finally decided to weigh myself, I was at a lower weight than I’d been in YEARS.  Mind you, that was without actually making weight-loss a priority like I had, ohhh, the entire rest of my life up to that point.

I continued being kind to myself (encouraging others to do the same), and my body continued to respond.

And so did my brain. The more love and acceptance I showed myself — and the less judgment I showed myself when some of those craving-inducing foods appeared — the easier it was for me to have just a cookie, just a bite, or … believe it or not, even just say, “No thank you,” without feeling deprived or restricted or sad. It’s just me respecting my body and what I actually want in that moment. 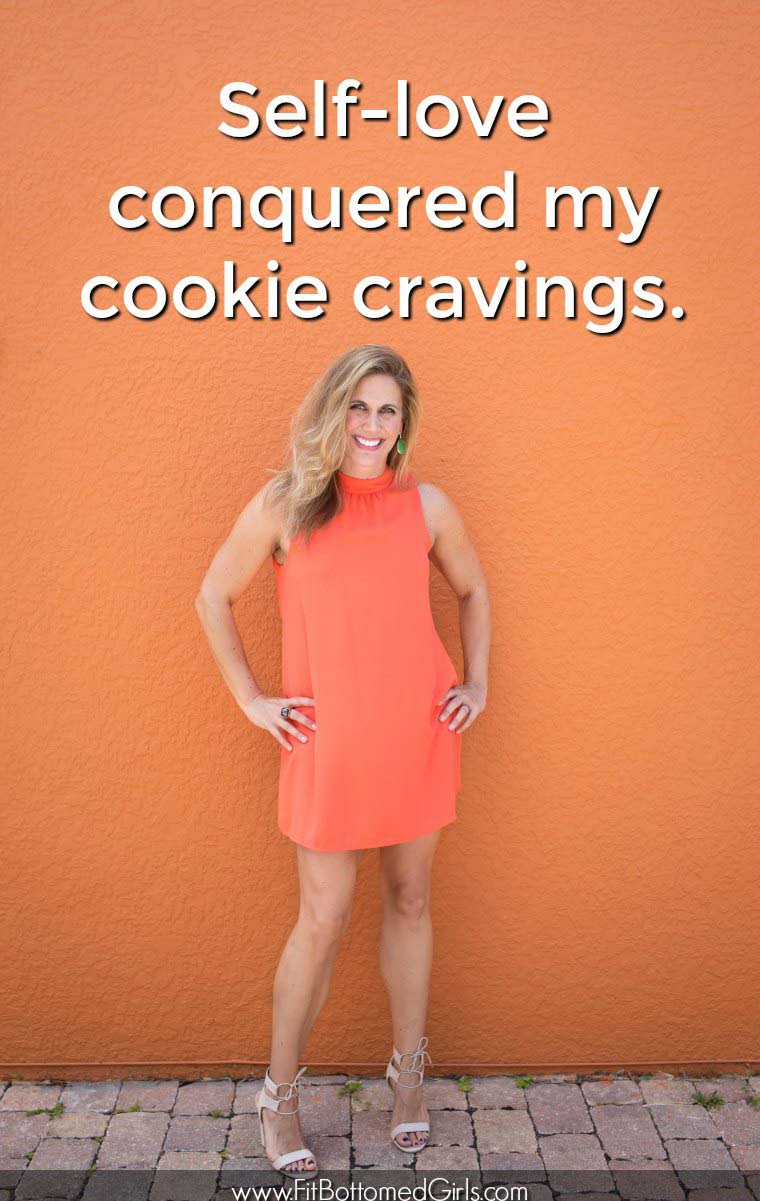 Nearly a decade older — and EVER so much wiser.

Now, I fully embrace the idea that I can eat what I want, when I want — but damn if it isn’t an incredible feeling to also know that I can choose to eat just a little bit of it if that’s what I want. Today is not my last shot at a cookie. When I have one, I enjoy the hell out of it. I don’t judge any feelings that might come up while I’m eating it. And when I’m done, I simply ask myself, “Are you satisfied?”

You already know what the answer nearly always is.

I continue to be astonished at how quickly my body caught on once I wrapped my head around the idea of ditching all that judgment. From here on out, I’mma just leave the judging to Judy, because I’ve got nothing but love to give.

Well, love and support for other women working on their own healthy self-love journeys in our online course — feel free to sign up if you’re interested! —Kristen