When I became a mom, I found a deep inner strength that I didn’t even realized I had. Because having a baby is hard. And raising a kid is even harder.

And I’m not the only one.

Based on the results of a national study done by Planet Fitness, 79 percent of moms feel stronger after having a kids. And! A whopping 74 percent of the population says that their mom is the strongest person they know.

But, despite all that awesomeness, 92 percent admit that they accept their partner’s body better than their own.

Which isn’t surprising — we all tend to be the hardest on ourselves of anyone. But, man, that sucks, right?

Because when I stop to really think about it, I’m like, damn, if all of us moms stopped and really accepted the truth of how strong we are, and if we received that deep inner power (without any limitations or conditions on it — like, er, unrealistic perfection), we could change the world even more than we already do (because, you know, raising empowered kids is seriously world-changing).

I mean, just look at the numbers below. In addition to going to the gym for me time, we’re lifting our kids up an average of 46 times, taking 29 trips up and down the stairs, and picking up toys 33 times a week! Talk about a bonus workout … 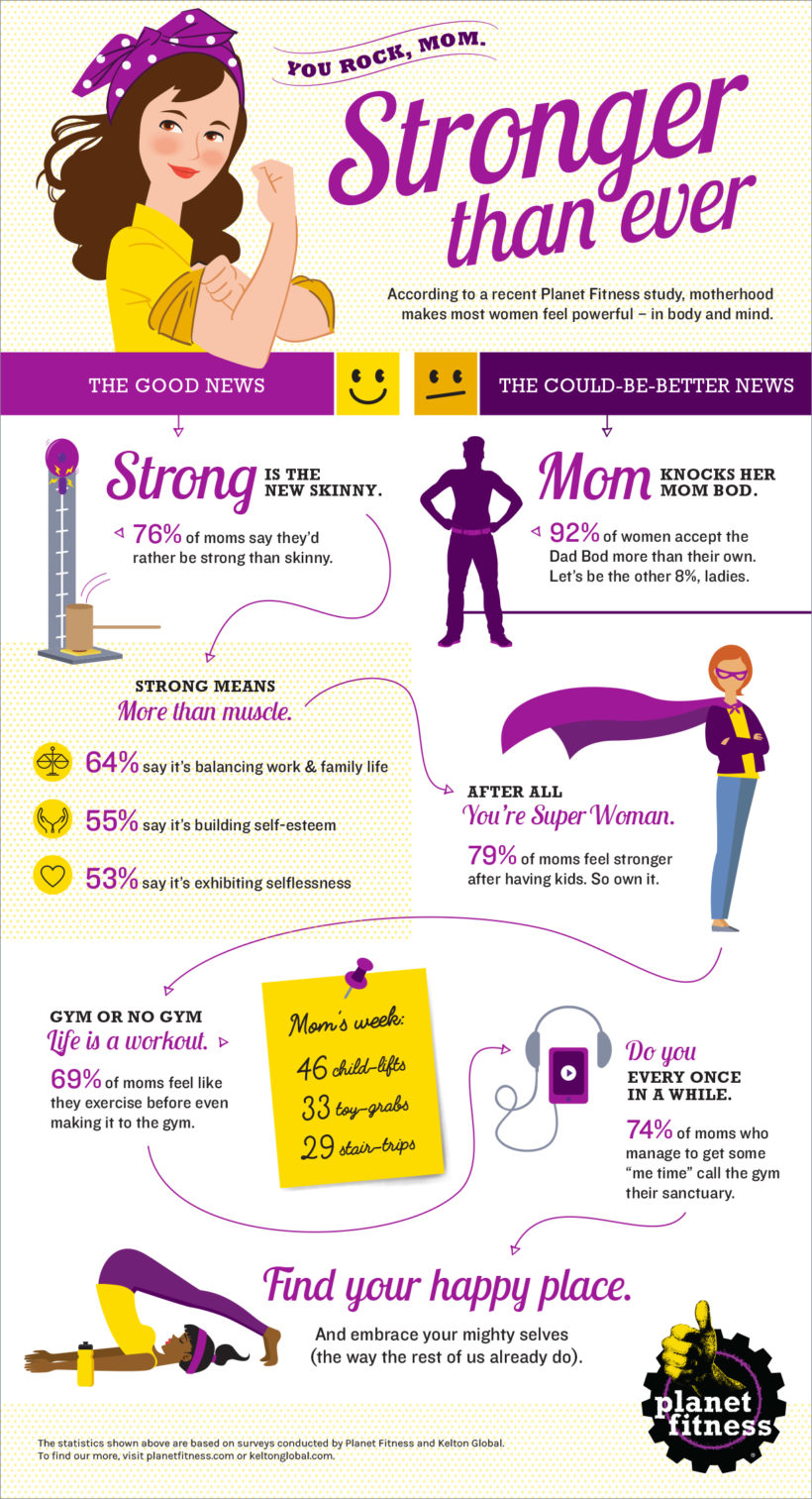 How about you? Did you find an inner strength you didn’t know you had after having kids? If so, take a second to really soak in the awesomeness and power in that. And, if not, are you sure? You’re looking pretty strong from over here, mama. —Jenn