It’s no secret that Americans love dining out — for the past three years, we’ve spent more money at restaurants than at grocery stores. 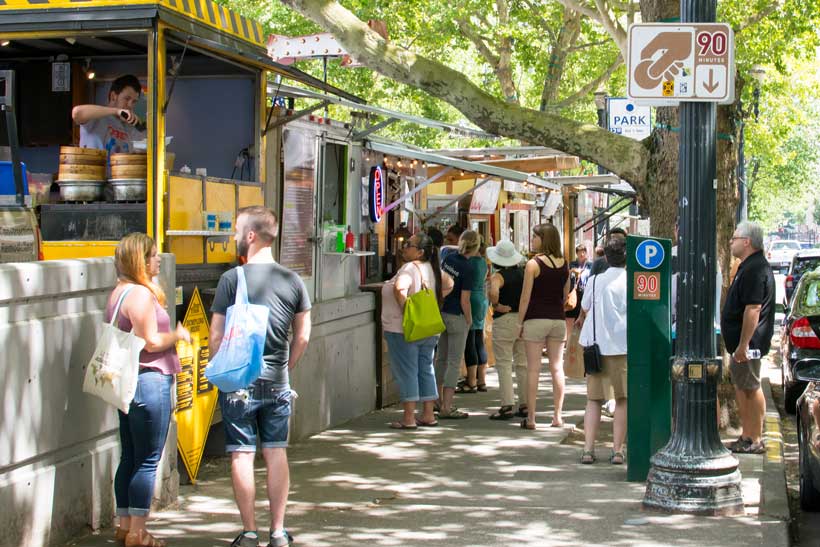 The food truck scene in Portland, Ore., is impressive.

So where are the best spots to dine out in the USA? The top spot belongs to Portland, OR, birthplace of both Stumptown Coffee and Voodoo Doughnut (not to mention the best breakfast sandwich I ever ate at the former Portland Penny Diner). Portland ranked highest in affordability, high-quality restaurants, number of farmers markets, and the number of dining establishments per capita. Its food truck scene puts other cities to shame for the sheer number and diversity of choices.

While San Francisco didn’t rank too high in affordability, its dining diversity, accessibility and quality raised it to the second spot on the list — cioppino and sourdough, anyone? Miami, where you can find a killer cafecito and medianoche sandwich on nearly every street corner, came in at No. 3 followed by New York City and Los Angeles, which is known for its stellar Mexican and Asian cuisine as well as, curiously, pastrami sandwiches. (You’d think that would be in New York, but no!)

Orlando, Las Vegas, Seattle, San Diego and Austin round out the top 10. 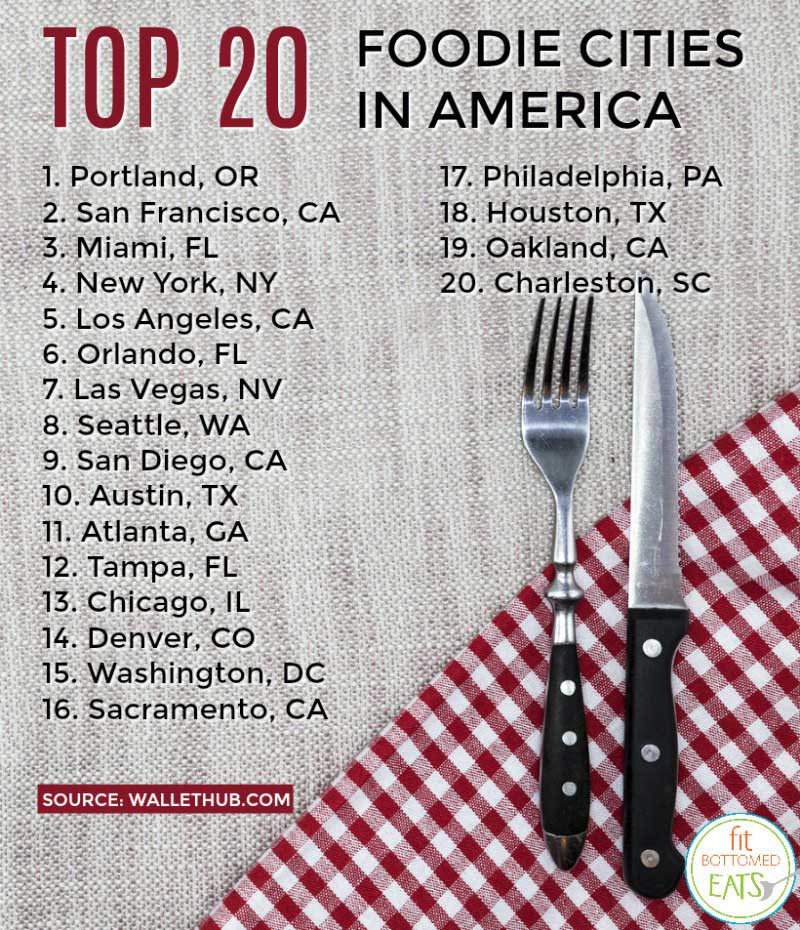 Fun Facts From the Study

— New York City has the most restaurants per capita — no surprise there; Peoria, AZ, has the fewest.

— Orlando, FL, has the most ice cream shops, while Lewiston, ME, has the fewest.

— “But where’s New Orleans?” you ask. The cradle of Cajun and creole cuisine ranks 49th.

— Pearl City, HI, ranks last on the foodie list (but they do have a Chuck E Cheese!).