Sex positivity (meaning that sex, as long as it’s healthy and truly consensual, is a good thing) is something I think about a lot. Maybe not as much as body positivity, or busting diet culture, or, you know, tacos — but, well, I’m in the midst of writing a romance novel, and as I’ve delved further and further into that world, I’ve become far more aware of how sex and self-confidence and feminism intersect.

I’ve also realized how often love scenes either a) use humor as a vehicle to show a character making safe sex a priority, b) make the consent and a condom portion of the scene seem like a clunky afterthought, or c) skip over it entirely. A few authors seem to understand the importance of balancing a steamy scene with some practicality (Jasmine Guillory, one of my favorites, is great at it — and takes it seriously), but it’s far from a given.

Now, while the specific things that turn us all on are inherently personal (and, look, as long as it’s safe and consensual, you won’t hear any judgement from these parts), there’s something that many women — according to one study, 90 percent of them — find to be effective foreplay, and that technique is called “framing” or “scenario conjuring.” So, basically, thinking about scenarios that we find sexy or recalling a super hot memory is a great way for many women to get themselves in the mood. 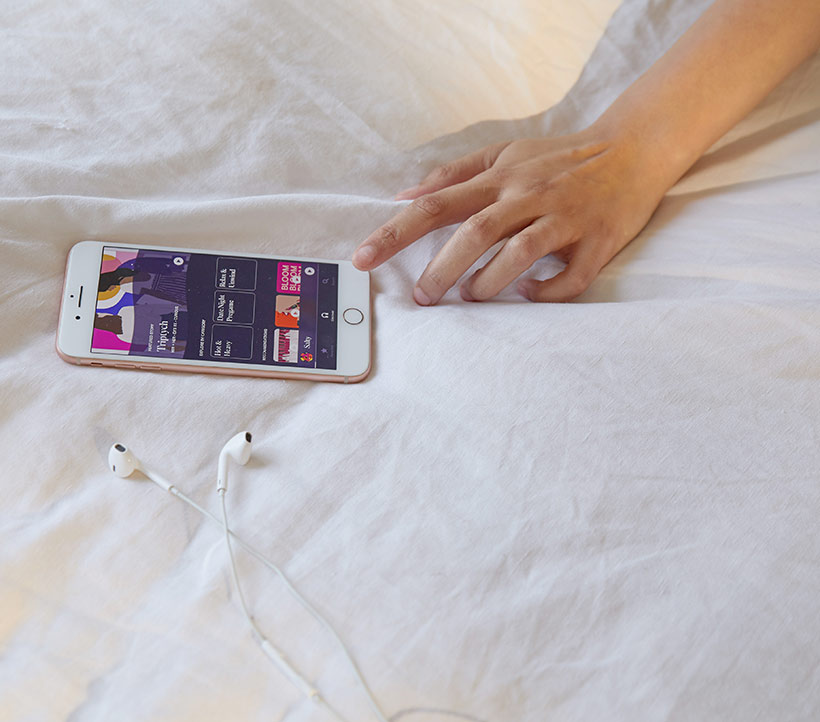 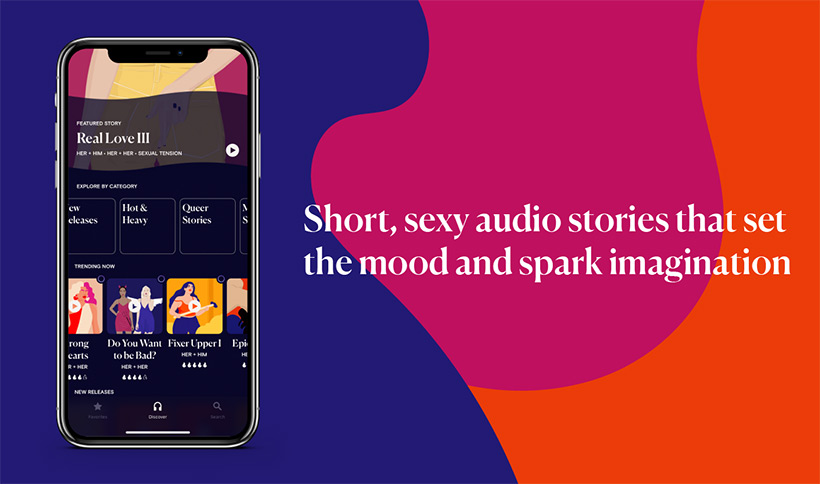 Gutierrez and her friend and co-founder Faye Keegan saw an opportunity when talking with their friends about sex — many of them mentioned that they enjoyed content designed to get them aroused, but had a difficult time finding high-quality content. With the growing popularity of podcasts, the duo realized they could offer people like themselves and their friends something special — something that wasn’t just designed as a means to an end, but something that could be used to get in a flirtier state of mind before a date, or to feel more empowered and alive when heading out with friends, or perhaps to feel more connected to a partner.

In addition to sexy stories, which are sorted into several categories to make finding what you’re looking for easy, like heat level, duration, female or male voice lead, and, of course, who’s involved (her + him, her + her, her + her + him, solo …), Dipsea also has options to sort for partner listening, guided meditations, and more.

After playing around with the app for a while, I have a few observations to share (and don’t worry — I’m not going to get too personal on you here).

Pros: The app is easy to use, sleek and classy looking, and there’s variety to cater to a lot of preferences. It’s discrete, and with three new stories added weekly, you’re unlikely to run out of content.

Also, the quality is worth noting — the writing and the soundscapes themselves make it pretty easy to lose yourself in the story. The guided meditations are all led by experts in sex, dating and wellness, too, so those are very well done. Plus, you know how I mentioned that it’s not a given that a sex scene makes consent and safety a priority? Every Dipsea story is feminist and inclusive and does a great job of all that.

Cons: I’ve always been more of a reader than a listener, so, I’ll be honest in saying that this takes some getting used to. Turns out, there’s a difference between reading about characters getting all sexy in a book via a third-person narrative with dialogue (so that you understand what’s happening via a narrator and what the characters are saying to each other) and hearing a more first-person account (the case with most of the stories that I listened to) where you’re not necessarily given a play-by-play of every action the characters take, but instead you hear the sounds of the characters in action and need to use your imagination. It felt a bit more voyeur-y than I had expected, and while I wouldn’t have a problem reading a romance novel with a high heat level in public, I think it would be hard for me to listen to this while out and about. (That clearly doesn’t seem to be the case for a lot of people based on reviews, though, so you might want to disregard this old crone’s particular hang-ups — which you can do as you turn down your rock music and get off my lawn.)

And here’s a tip straight from me to you: If you have a car with Bluetooth that automatically picks up wherever you left off listening on your phone, you might want to make a point to close out of the app or switch over to something else before you turn the key — or your passenger is going to get to know you a little better quite quickly.

Is framing a technique you’ve used to get in the mood — whether you knew it had a name or not? —Kristen