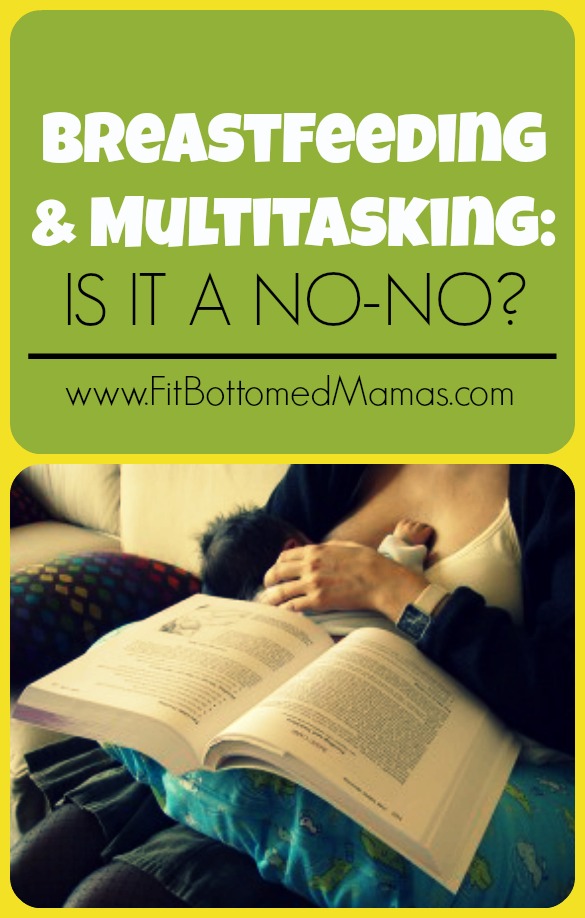 Motherhood has a way of making you want to do the very best for your child. So when you fall short in any respect, it is so easy to beat yourself up.

My mom-guilt started immediately after Avery was born. Despite doing everything “right,” she was born five weeks early and had a six-day stay in the NICU for being a preterm baby plus extra-fun jaundice. I wondered if there was anything I could have done differently to have made her “bake” just a couple of weeks longer. Then I’ve felt guilty for the couple of occasions where I’ve gotten even the slightest bit impatient with her. Those occasions being at 5 a.m. when I’d been up with her for several hours, she was refusing to sleep, and every time I’d put her down she’d start crying from a dead sleep.

Luckily, since we’ve arrived home, everything has gone swimmingly. Breastfeedinghas been easy (albeit extremely exhausting) for us, she’s gaining weight like a champ, and she seems happy for the most part, except for the evenings when she doles out her signature short-lived fussiness.

I get those weekly “Your new baby at X months” emails that detail the developmental milestones of your baby. They’re usually very informative and helpful—describing what your child might be learning and useful tidbits on concerns you may be having. But I recently got an update that made me feel like a terrible parent.

The update in question asked three medical doctors whether it was okay to watch television while breastfeeding. All three doctors advised against watching TV, saying that time spent nursing is a prime time to bond with your child. CUE THE MOM GUILT.

Because not only did I log TV time while feeding my daughter, I also played around on my BlackBerry or on the computer if I was extremely ambitious. Had I ruined my child for life?

My hubby, ever rational, called bull-hooey on this advice the moment I started freaking out. He advised that I needed to pick my battles, do what is working for us, and not give “experts” too much power.

After I settled down, I really started thinking about it. Sure, time spent breastfeeding IS a great way to bond. It is fun to stare for hours at my little girl. But let me clue you in if you’re a mom-to-be who plans to nurse: You spend hours upon hours upon H.O.U.R.S. nursing your precious bundle. When you’re feeding every two hours around the clock for weeks on end, there are hours to spend staring at your baby…and then you still have an enormous chunk of time that could be spent reading, watching TV or checking emails on your BlackBerry. My BlackBerry was a godsend during those early weeks when I had endless questions about breastfeeding and newborn care and I could just Google my questions while nursing. And while I’m sure my baby felt the comfort and warmth of Mom during those feeds, most of that early time she spent almost asleep anyway.

Obviously, you want your children to know they’re the priority. You don’t want to miss out on too many smiles and coos because you’re busy texting. But as wonderful as infants are, moms need a break, too. It’s nice to have a moment to zone out and catch up on the news or grab a laugh at the latest episode of 30 Rock (thanks Liz Lemon!). Besides, the next meal time is only an hour away. —Erin