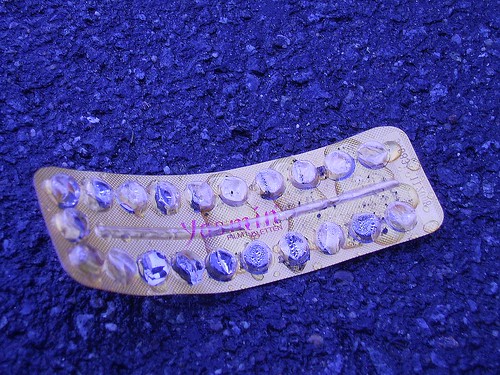 Unlike over at Fit Bottomed Girls, where I feel like my experience and certifications allow me to speak intelligently on all things fitness, when it comes to pre-pregnancy, rocking a bump and actually becoming a mother to a mini-me, I’m a touch—okay, a LOT—less knowledgeable. So instead of me just assuming that my experience coming off the pill was normal (or not), we talked to an expert for the 411 on post-pill amenorrhea.

Dr. Samuel Wood is a leading endocrinologist and fertility expert who also serves as medical director at the San Diego-based Reproductive Sciences Center. When it comes to getting pregnant, Dr. Wood knows his stuff. (And, yes, we see the irony of his name…)

Thank you, Dr. Wood! And on that last one, seriously. I went a little nutty waiting…If you’re coming off the pill, be sure to talk to your doctor about what’s normal and what’s not for you! —Jenn