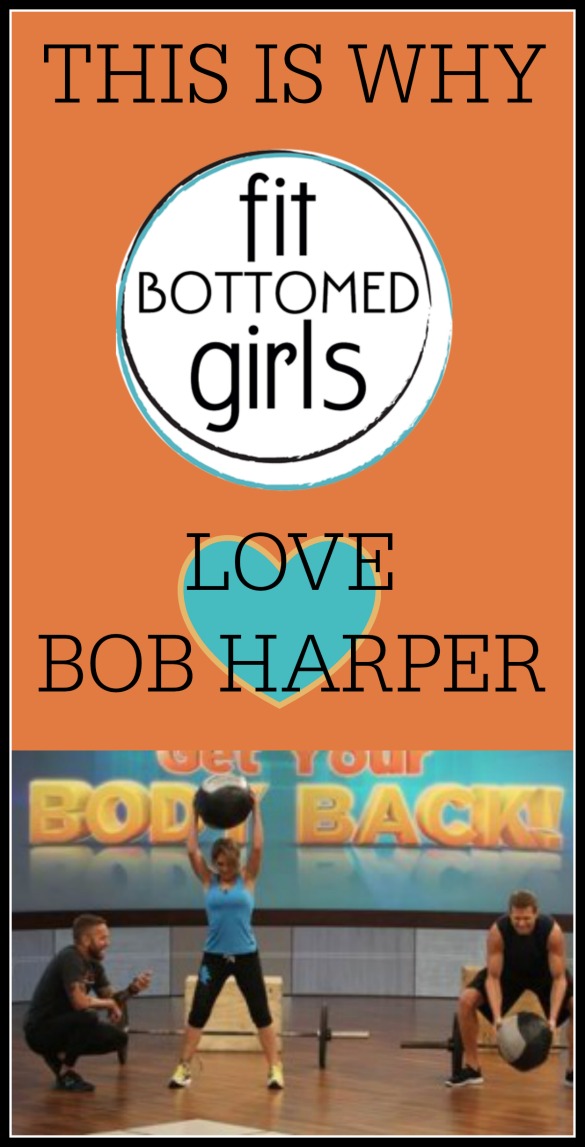 Bob, I can do ball slams, too!

I love me some Bob Harper. And I love me some CrossFit. (I’ve been going to a gym that does CrossFit-style workouts two to three times a week and have been loving it.) I love the challenge. The focus on building strength and muscle. And the camaraderie of the members—where you have people of all ages, backgrounds and abilities encouraging each other to be their absolute best. It’s awesome. And apparently Mr. Harper thinks so, too.

A few weeks ago, I had the opportunity to talk to Bob on the phone (!) with a few other bloggers for some promotional work he was doing for Quaker Oats. While I only got to ask him a few questions, I did learn two important facts:

1. Bob’s first tattoo was a rose on his back, and he later had it removed and worked into another more menacing skull tattoo. (I know ya’ll were dying to know about his tatts.)

Number two made me feel like Bob and I are workout BFFs, separated only by space and two time zones. (Of course. He’s in LA, and I’m in Kansas City.) Getting up at 4:45 a.m. for a 5:30 CrossFit class three times a week (Just. Like. Me.), Bob has fallen in love with the style of workout for its intensity, challenge and ability to get amazing results and boost his fitness level. (Again, like me.) And, although getting up at 4:45 a.m. is tough some days—he said his dog looks at him like “What the heck are you doing up, crazy?” (just like my dog!)—he loves morning workouts and starting his day off so accomplished. (Do I need to say it again? Like me!)

In fact, Bob is so smitten with this form of working out that he reunited with Jillian Michaels on “The Doctors” to give her and her co-star Dr. Travis Stork one heck of a CrossFit-style workout competition. Not only was it fun to see the former The Biggest Loser training pair together, it was awesome to see Bob lead Jillian through a series of moves I do every week at The Fit Pit! This stuff isn’t easy, man…

More proof that Bob and I are meant to be? I think so. —Jenn