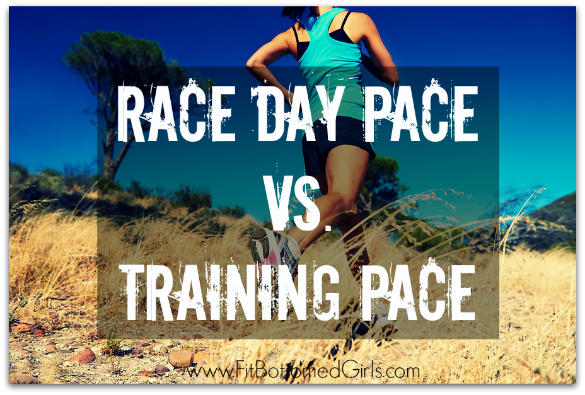 I know I’ve mentioned it before, but I grew up dancing and playing sports, and the thing that was drilled into my head over and over (and over, GAH) was that if you want to play hard when it counts, you need to practice with just as much intensity. As a result, I was just about as likely to get injured throwing myself after a loose ball in a drill at basketball practice as during a big game. Then again, I was also just as likely to tear the ball away from a girl six inches taller than me because I’d been practicing—hard—against the boys, every chance I got.

So, when I signed up for the ING Miami Half Marathon on January 29 (yes, seriously, and no, I wasn’t drinking when I did it), I thought, “Cool. I’ll find a training plan and do a proper build up to the race.” Basically, I figured I’d practice like I would play.

Imagine my surprise when I started looking at running plans and found that, at least among the ones I looked at, the paces I was supposed to train at were far from what my goal was. I’m hoping to run a pace closer to a 10-minute mile than 11, and although the training plan I went with (Runner’s World Smart Coach, mainly because it’s free and has an Android app for my phone) has my pace set as 10:03 per mile on race day, it doesn’t have me training at anywhere near that pace for longer runs. Like, at all. In fact, the long runs are all much closer to a 12-minute mile. And, while there’s nothing wrong with that pace, it’s just not my goal.

True, some of the tempo runs put me close to that pace, and a couple of the speed workouts have me running in the nines but not for very far. Now, I know race-day adrenaline counts for a bit of a boost, but a minute or more per mile? That’s not how my body works.

I’m curious, since I’ve only done one half marathon, and it was a hundred years ago, and I didn’t really train properly for it—if you’ve done any distance races, how have you trained? Have you gone with easy pacing for the training and bumped it up on race day? Or did you practice the way you wanted to play? —Kristen