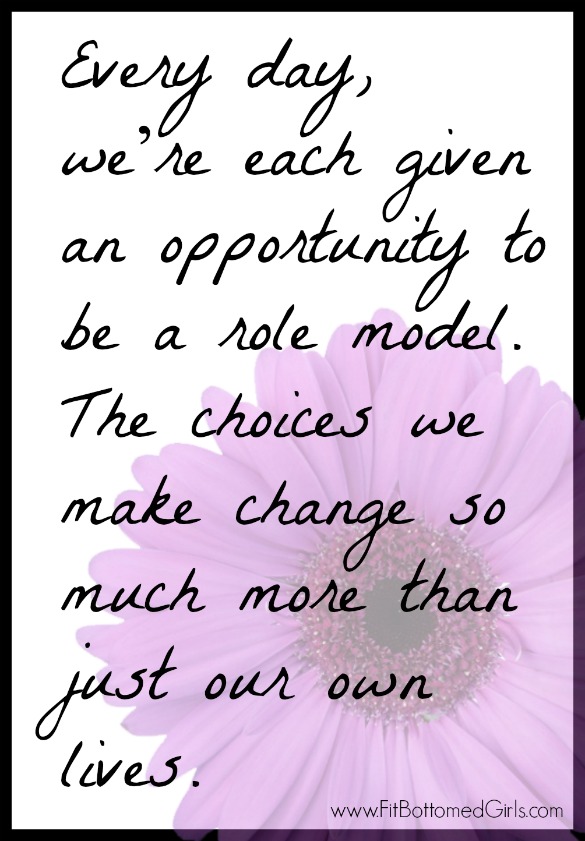 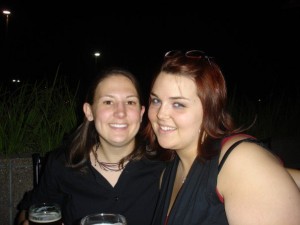 I first met Meghan 11 years ago, on her first day of her freshman year of college. As an older, wiser, and way cooler sophomore, I took the kid under my wing and did what any role model would do:

I showed her where she could buy cheap cigarettes and beer without getting her ID checked.

We quickly bonded over late-night study sessions in the smoking section at Perkins restaurant, where we’d usually order some variation of Meghan’s favorite food—potatoes. Though the restaurant was less than a half-mile from our dorm rooms, I’d always convince her to stop at a tanning salon halfway, saying the warm tanning beds would help us thaw out from the cold Wisconsin winters. It was such a long walk! Besides, I reasoned, tanned skin made us look thinner.

Not to toot my own horn or anything, but I was an awesome role model.

With my history of questionable choices, it shouldn’t come as much of a shock that when I announced to Meghan my plans to run a 5K in 2009, her smirk said it all: Sure you will. After you sober up and put out that cigarette.

But I did sober up and put out the cigarettes. I also ran that 5K, and many more. When those 5Ks turned into longer distances, Meghan started coming along to cheer and greet me at the finish line with a post-race beer. When those runs turned into my first Ironman triathlon, Meghan was there, too. She started talking about taking up running “someday,” and I felt like maybe I had an opportunity to redeem myself as a role model. 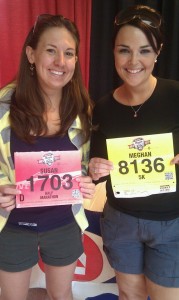 Needless to say, when Meghan told me she was taking up running in 2012, I was giddy. When she e-mailed me a question, no matter how ridiculous it seemed, I answered it honestly and thoroughly—sometimes a little too much so. When she shared she ran 30 minutes non-stop, I cheered. When she signed up for her first 5K, I beamed proudly for days. She jokingly called me her running sherpa , but I took the role very seriously.

Today, years removed from those nights of beer, cigarettes and tanning beds, Meghan and I are runners. She says I inspire her—little does she know, she’s the inspiring one. My best friend has become a better, stronger, fitter, more confident version of herself. She doesn’t need me as her role model anymore. She is a role model!

When you become a runner, you inspire. Others may call you crazy, but secretly they’re impressed with you and wondering—If she can do it, I wonder if I can, too. You may not realize it, but every finish line you cross is giving someone else a swift kick in the butt to get started.

It’s that very notion that makes me proud to participate in Commitment Day with Meghan.

In 35 cities around the United States, thousands of people will wake up on January 1 and commit to live a healthy lifestyle while helping others to do the same. They’ll seal the deal with their participation in a 5K run/walk. This is more than a New Year’s resolution, made under the influence of champagne and blind optimism—it’s a rally for people to become the healthiest version of themselves they can be.

With obesity soaring to new heights, cardiovascular disease becoming the norm and healthcare costs rising (yet overall health declining), it’s time for us to take charge of our health. Some people will run their first 5K on January 1, while others will walk. Others still will set a PR, though none of that is the point of Commitment Day. It’s about starting a revolution.

The best part, though, is that the day is a day for you to be a part of that revolution. And me. And Meghan. And our friends. And many other people (300,000 are expected to take part!) who want to support, inspire and accomplish something remarkable. I hope you’ll join us, and that you’ll bring your friends who have said they’d like to run a 5K “someday.” To sign up, click here. To save $5, use coupon code CORP0598.

Every day, we’re each given an opportunity to be a role model. The choices we make change so much more than just our own lives.

What kind of role model will you be? —Susan