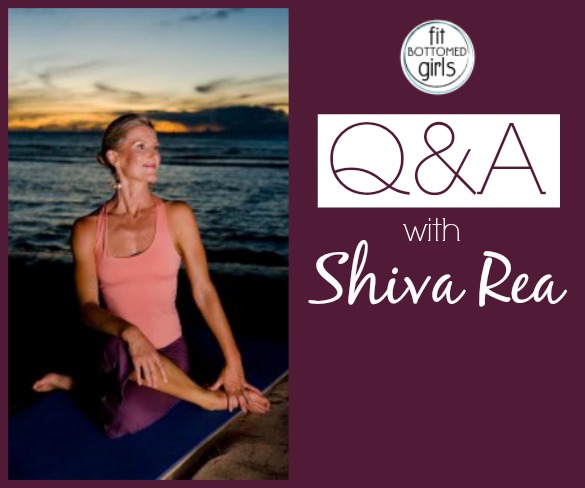 Since we started the site four and a half years ago, we’ve gotten to talk to some really rad people. And what I’m struck by, especially when it comes to talking to people who “do” fitness for a living, is that they are really, really passionate about it. And that passion shines when you ask them questions. A recent case in point? The 10-minute interview with Shiva Rea that I did recently.

In her yoga DVDs (we’ll be reviewing her new one, Core Yoga, tomorrow in fact!), Shiva is so peaceful and positive and, well, not to sound too hippity-dippity (too late!), but she’s like a smiling light you just want to be around. She tells you to twist, you twist. She tells you to intuitively move and—without really knowing what that means—you do it. Her workouts challenge the body, quiet the mind and all have a fun element of play in them that rocks. And, I’ll be honest, I thought talking with her might be a bit of a letdown. Can someone really be like in real life? Turns out yes! Shiva is just like she is in her yoga DVDs: upbeat, real (no perfection here!), knowledgeable, encouraging and super passionate. Read on for my Q&A with the one and only Shiva Rea!

“Yoga is a state of inner flow.” Love that…who else is inspired to do a few yoga poses? Like right now? Drop and give me down dog! —Jenn