Pregnancy can be so confusing, and not just because that baby has made your brain foggy. There are legitimate concerns when it comes to foods you should avoid during pregnancy. If you’re confused, read on for some dos and don’ts of eating during pregnancy from an expert! 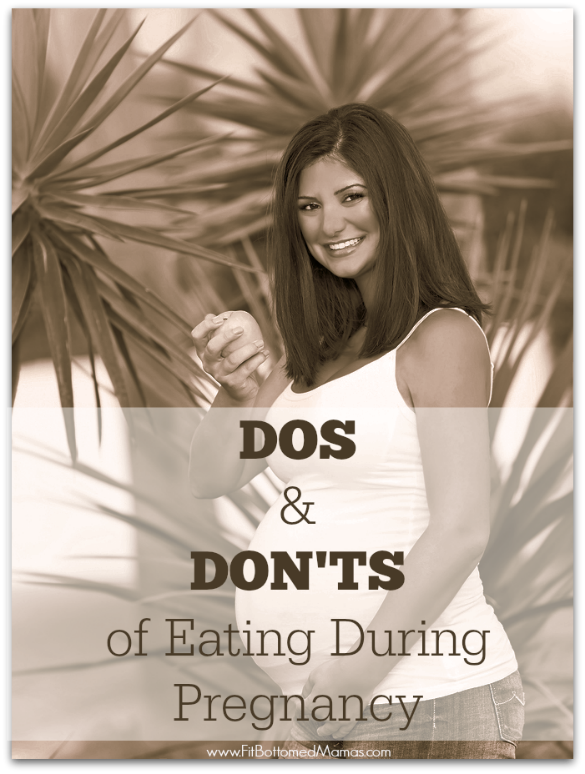 Although a healthy dietary lifestyle benefits everyone, it offers exceptional benefits during pregnancy. Developing healthy eating habits when you’re pregnant will set the stage for your baby to grow into a strong child and adult, as well as ultimately reduce the risk for certain diseases. Scientific research increasingly shows that a prenatal diet rich in nutrient-dense foods is key in preventing heart disease, diabetes, obesity and many types of cancer.

“Keeping track of all the advice you receive about the foods you should and shouldn’t eat while pregnant can be overwhelming,” says Dr. Sue DeCotiis, New York City-based medical internist and weight-loss management specialist. She recommends 300 extra calories from healthy and nutritious sources. Avoid eating high-fat and high-sugar foods, which have no nutritional value and can lead to excess weight gain. Keep the following tips in mind, too, when you hit the grocery store!

Dos and Don’ts of Eating During Pregnancy

Mercury. Due to the high mercury content of many fish, especially larger older fish, the following should be avoided by pregnant women: swordfish, shark, king mackerel and tilefish. “Mercury can harm the developing neurological system of the baby. Some mercury is also present in canned tuna fish so no more than 12 ounces per week should be consumed,” says DeCotiis. Other fish that can be eaten in moderation are shrimp, crab, tuna steak, salmon, catfish, cod and tilapia. Avoid raw and uncooked seafood such as salmon tartare and clams on the half shell.

Cheeses. Soft cheeses such as Camembert, Brie and goat cheese are often not pasteurized and could contain dangerous bacteria called Listeria, which has the potential to cause miscarriages. Check that all milk products and fresh juices are pasteurized, says DeCotiis.

Fruits and veggies. Thoroughly wash all fruits and vegetables before consuming them, as they could be harboring bacteria on their surfaces from the soil in which they were grown.

Meats. Do not consume raw or rarely cooked meats, which may be contaminated with bacteria. Packaged deli meat such as bologna and turkey roll are processed and could contain Listeria.

Eggs. The Centers for Disease Control and Prevention estimates that 2.2 million eggs in the U.S. are contaminated with salmonella. “Any food such as eggnog and Caesar salad dressing made with raw eggs is a big no-no for pregnant women,” says DeCotiis. “Most eggs are pasteurized but better to be overcautious!”

A big thanks to Dr. DeCotiis for the recommendations! Did you “follow the rules” when it came to eating for pregnancy? Which ones did you ignore? —Erin