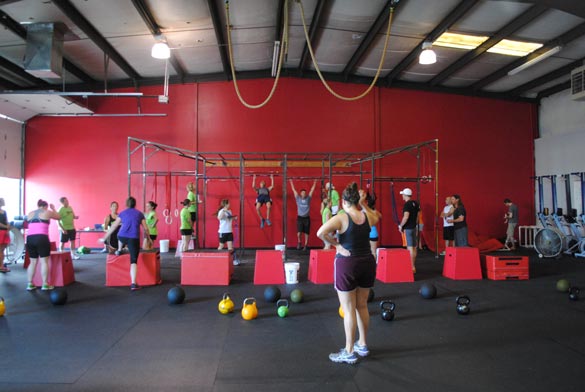 Do you guys remember how I did the Throwdown last year? That big ol’ crazy three-day competition that my gym holds? Well, they held it again this year, and IT. WAS. AWESOME. Even though I had qualified to compete a couple months ago, I had to move down to the complete category and skip about half of the workouts (WODs) of the event because of my stress fracture. And of the ones I did do, I had to modify—but still. It was a dang good time. And I even had the chance to show off my new skill that I’ve been working so hard on: handstand push-ups! Hooray! I did four of them, and I was pretty proud of that feat.

But, I (as usual) digress. Because instead of just jabbering about the whole event, I want to share one of the workouts I did—modified a bit, of course. Here she is: 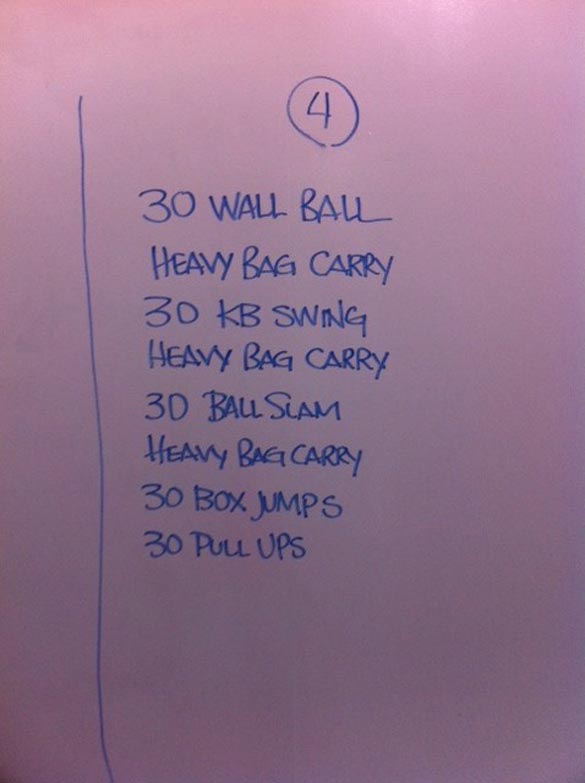 It looks hard on the board, but not that bad. Thirty isn’t that scary of a number. But, as I learned, it was uber challenging.

My nerves all kind of fired up, I powered through the 30 wall ball with an 8-pound ball (I usually throw a 12-pound ball, but that was no bueno on my foot). 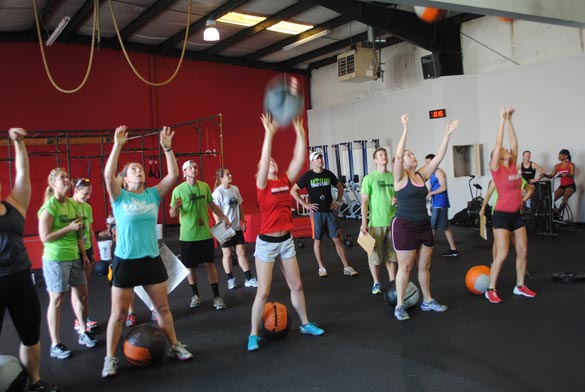 Then, it was time for the heavy bag carry. The compete girls had to carry a 75-pound bag, which I seriously CANNOT IMAGINE doing. I picked up the 50-pound bag and walked to the cone and back. It was hard. Like, so hard. 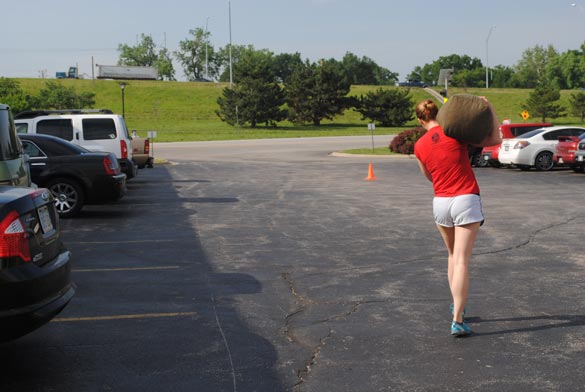 This was followed by kettlebell swings. A swinging good time! (I somehow also managed to do these unbroken, too—I credit nervous energy.) 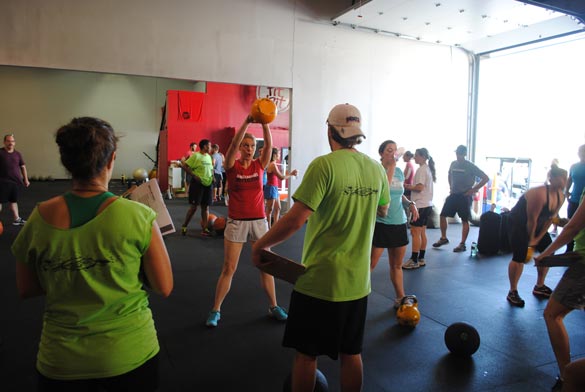 Back to the heavy carry—which felt way heavier than the first time. And it’s not like the first time was a party or anything. See grimace on face. 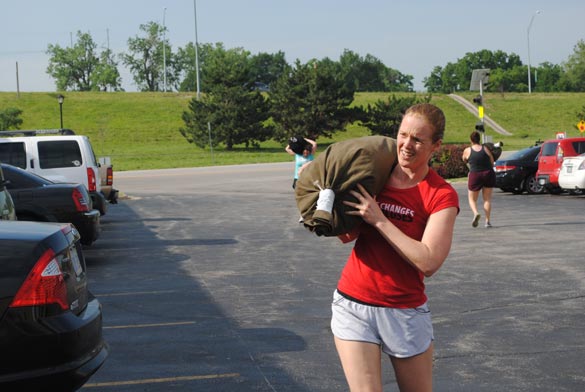 Next, ball slams with the 30-pound ball! I kind of like ball slams, but my heart rate here was up super high. 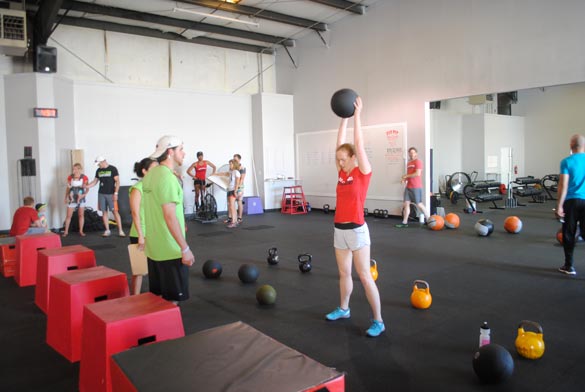 So I took some breaks. You know, to breathe. 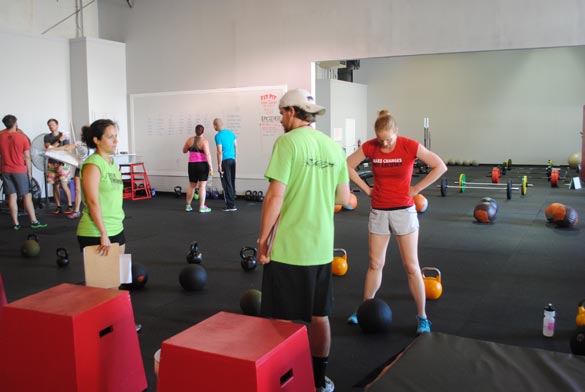 Then that DAMN bag again. One. Last. Carry! 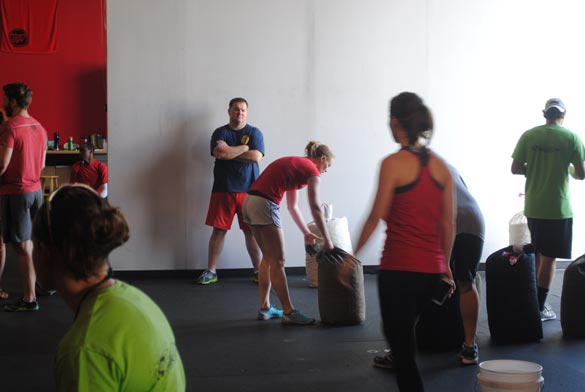 And here come the modifications! Instead of box jumps, I did step-ups. Not nearly as “easy” as you’d think they are after those heavy bag carries! 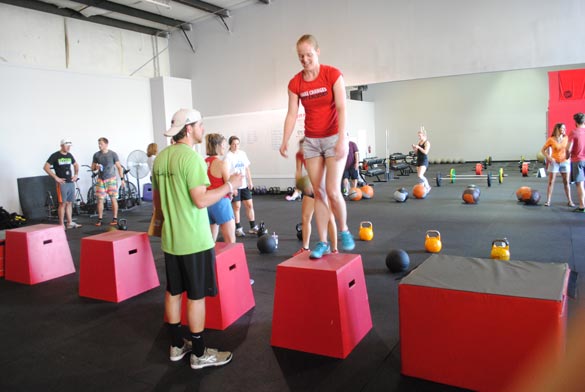 And last but not least, 30 pull-ups! Maybe my favorite. Chin over the bar is such a fun party trick. 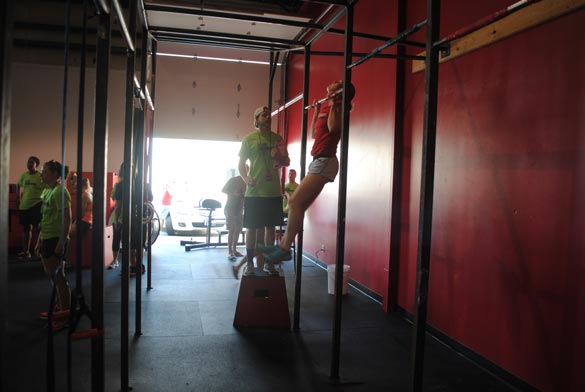 And that’s it! One heck of a workout—and feeling of accomplishment—in about 15 minutes. After the Throwdown WOD, I did a little of this (review coming on Fit Bottomed Eats soon!): 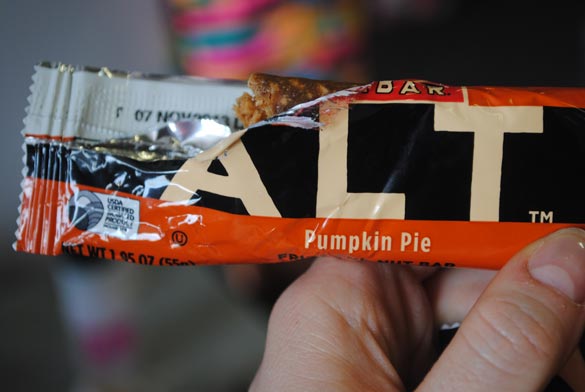 And then sat back and rooted on my fellow gym members as they finished their WODs. 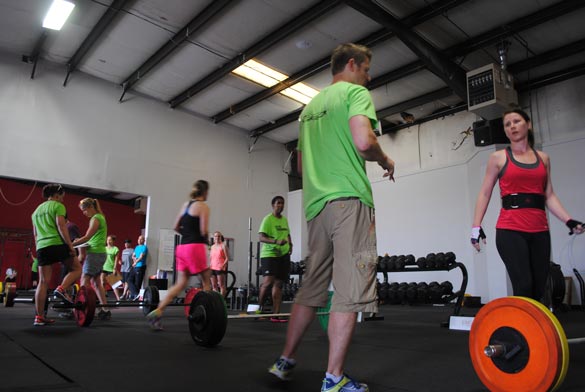 Including this hottie, who did 100 double-unders. 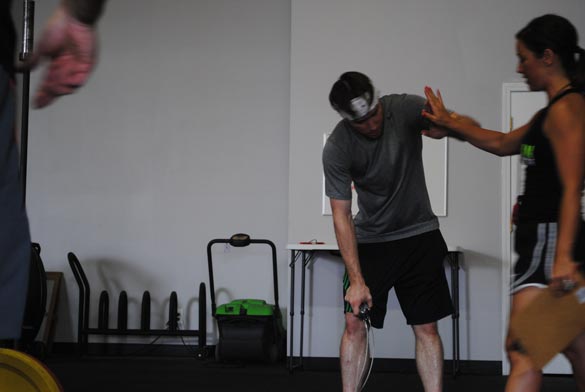 Just like last year, it was such an inspiring three-day event. Can’t wait to do it again in 2014…

Have you ever participated in a big fitness event? Done a WOD like this one? Would love to hear your experiences! —Jenn