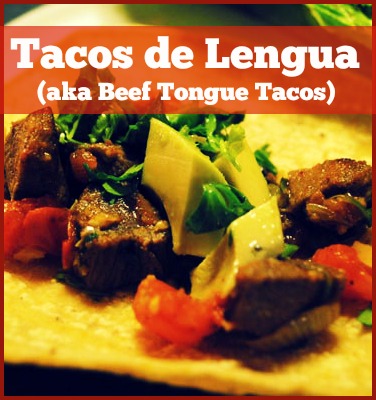 Warning: If meat — especially weird cuts of meat — makes you squeamish, you may not want to read this post. Or even look at this post … because, well, there are pictures of things. Animal things. Tongue-like things.
Tacos de Lengua. It sounds so exotic and yummy. But, in reality, it means: beef tongue tacos. Yep, tongue. I’ve had them out before, and they’ve been delicious. So, naturally, when I found out that I could actually get a beef tongue of my own to cook from my grass-fed beef source, I decided to buy one.
And then, it sat in the freezer for a month because besides “tacos de lengua,” I had no unearthly idea what the heck to do with it. And frankly, just seeing it in the package freaked me out. 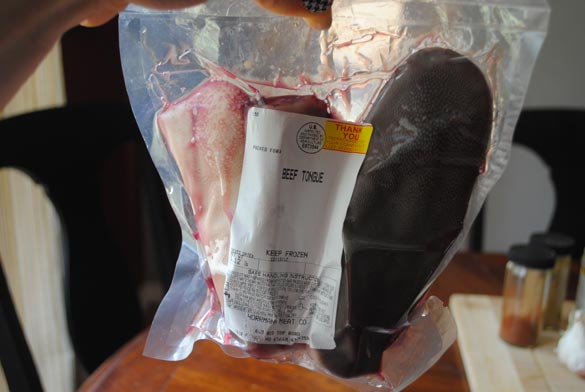 I mean, Jesus. That looks like a tongue. An actual tongue. I don’t know what I was expecting, but I wasn’t prepared. At all.
After pushing it to the side to get to my frozen salmon for weeks, I finally worked up the courage to defrost it. Then, cut it out of the package. And then, after quite a few squeamish attempts (there may have been squealing and jumping up and down involved), I got it out. It was HUGE. 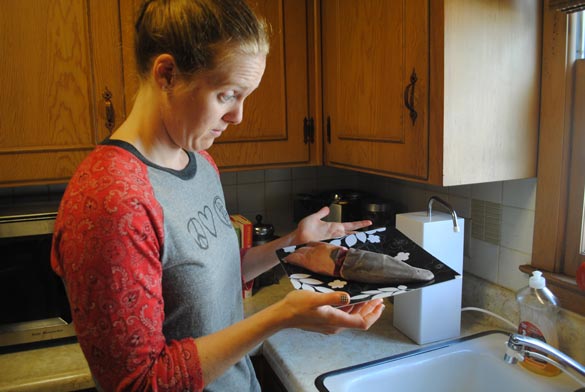 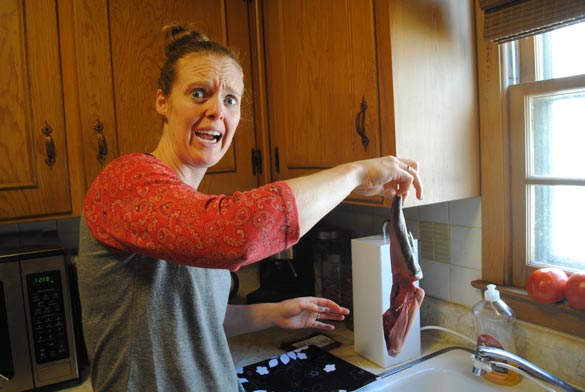 Except, well, it’s a tongue. And that’s weird. From there, I chopped it in half (the front part was kind of sandpaper-y, like a cat’s tongues — and I was really surprised at how thick the back part was) so that it could fit into this 70s masterpiece: 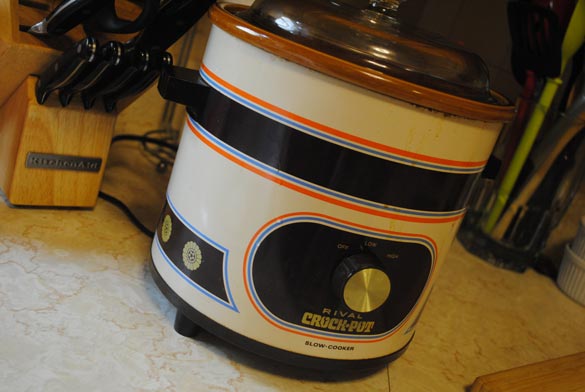 As you might expect, cow tongue isn’t exactly a tender cut of meat. So in what was a melding of this recipe and this recipe, I decided to slow cook it. With all of this yumminess for flavor (chicken broth, whole peppercorns, garlic, onion, cumin and chili powder). 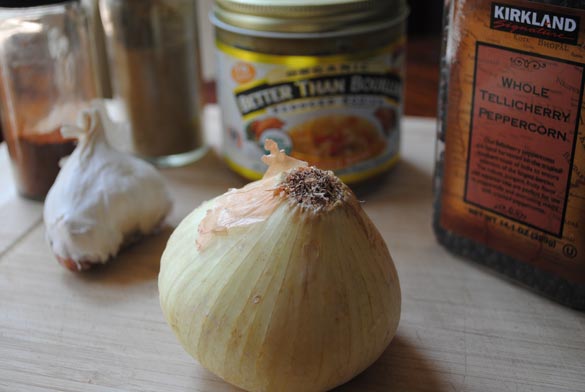 After about seven hours simmering, it finally started to look more like meat and less like tongue. Okay, that’s not true. It still really looked like tongue. But, it smelled good. 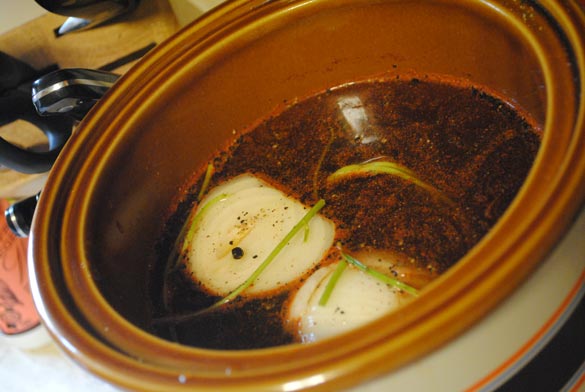 And seven hours later, we had this. Yep, still looks like beef tongue. 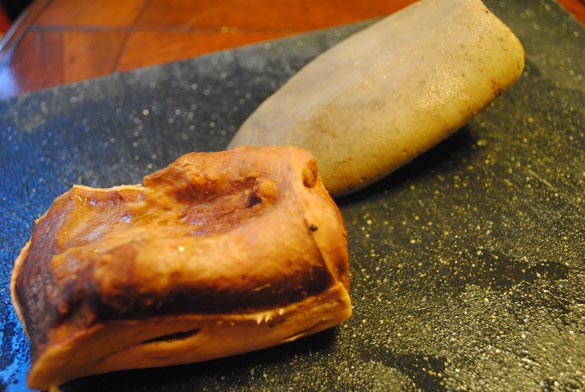 Need a break from the tongue photos? How about a cute dog one instead? Ryan’s removing the tastebuds and hard exterior from it in the background. I attempted to, but was close to cutting off a finger, so he saved the day. 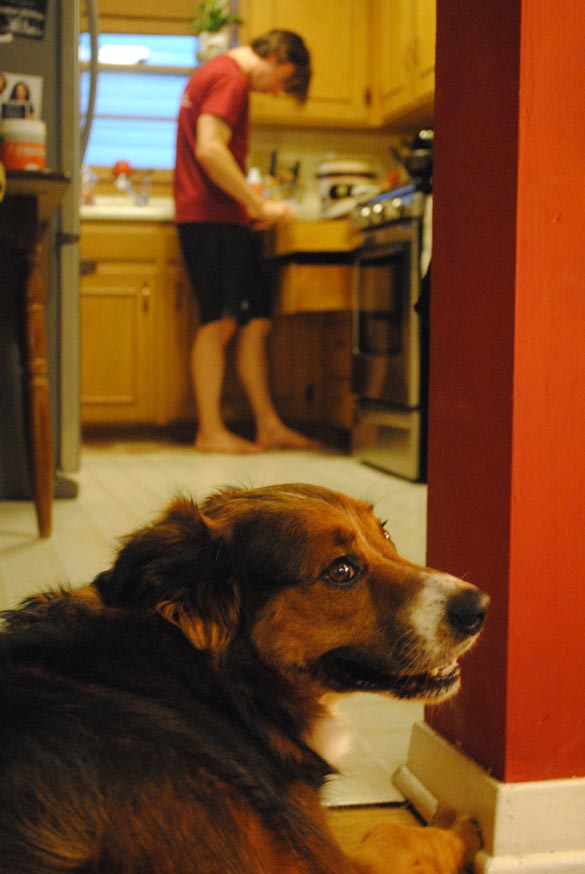 See how nice of a job he did? At this point, you’ve basically just got big chunks of cooked beef. 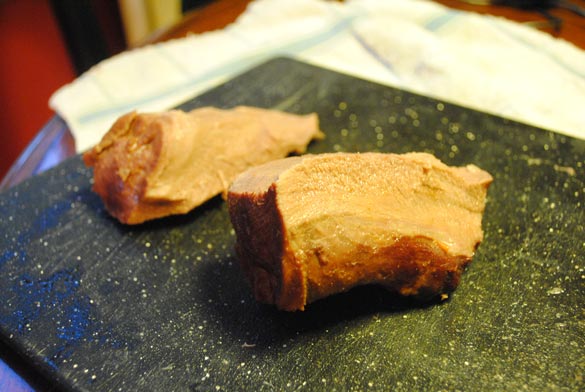 Chop ’em up, crush some garlic (I did this part) … 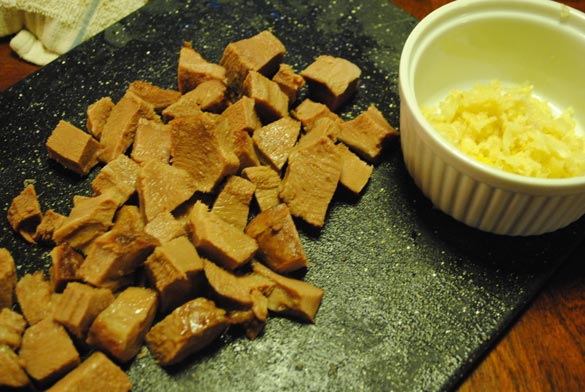 Cut up more onion and some jalapenos, and it’s time to start sauteing! 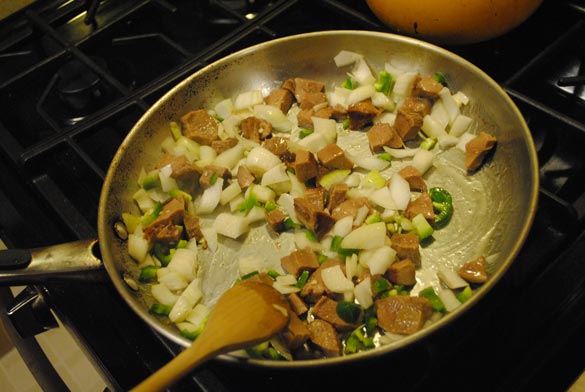 Once those were soft, we added lots of fresh tomatoes and cilantro, and the juice of a fresh lime. Season with salt and pepper to taste, plus a little cumin and chili powder. 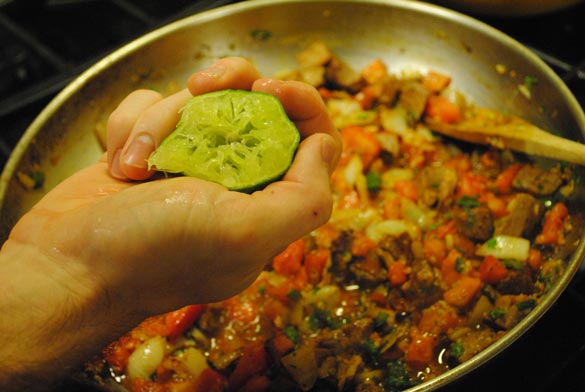 Cook until all those flavors are melded and warm and happy. (And smelling so damn good — at this point you totally forget it was “tongue” to begin with.) 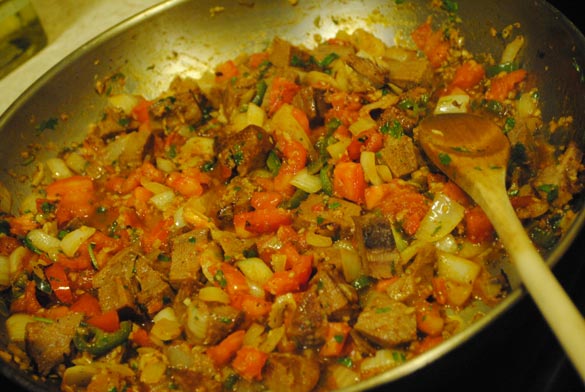 Then, simply get out your warmed corn tortillas and top with a little diced avocado and another drizzle of fresh lime juice and a sprinkling of chopped cilantro. 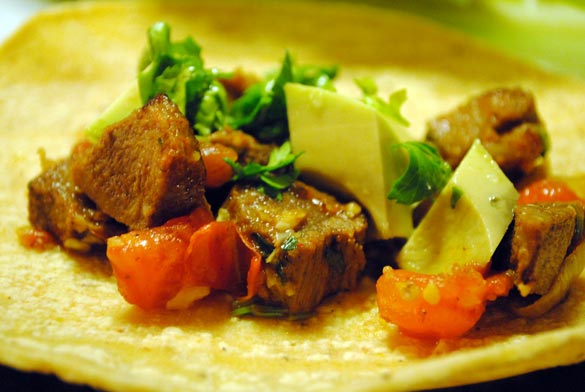 This shit is serious perfection, if I do say so myself. 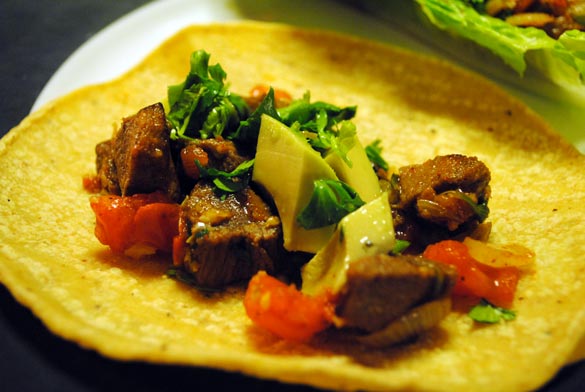 To eat alongside our beef tongue tacos, I quickly mixed a simple watermelon-cucumber-red-onion-and-mint salad with an apple cider vinegar and oil dressing. Simple, quick, tasty — and so fresh. 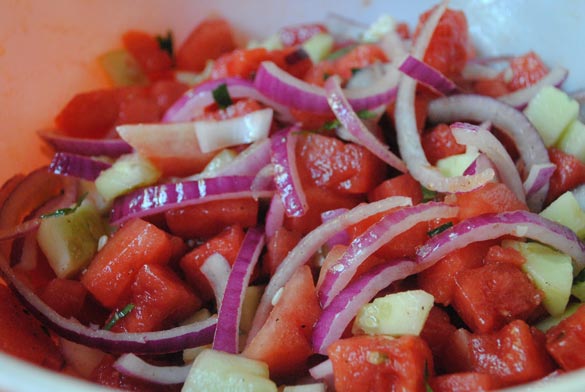 I thought it would be fun to try the beef tongue tacos in a Paleo-friendly big ol’ romaine leaf, so I did that, too. My dinner plate looked a little something (okay, exactly) like this. 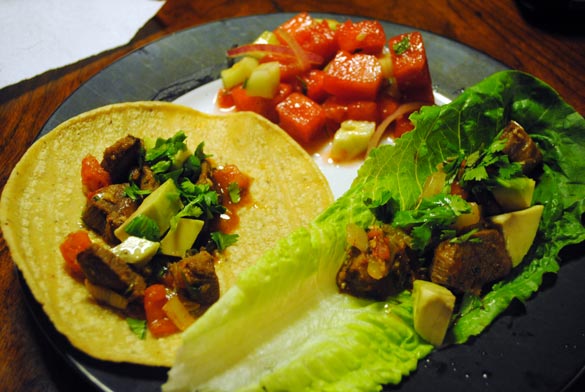 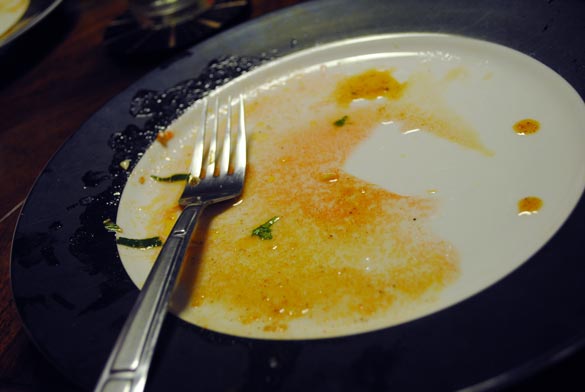 Bite after bite, these were amazingly delicious. The beef tongue meat was tender, juicy and flavorful from its time in the slow cooker. To be honest, it didn’t really taste any different from your normal well-seasoned and cooked beef (probably most like a brisket) — which seems both good and bad. I mean, I don’t think “tasting like tongue” is probably a good thing in the culinary world. But, then again, what’s the point of cooking it if it’s only to taste like other cuts and takes a ton more time?
I personally wanted to try it just ’cause it seemed like a fun cooking adventure, but, as my fit foodie philosophy continues to evolve into being more and more conscious, I also like to be hyper aware that what I’m eating was once alive. It’s pretty easy to avoid that fact if you eat a Chicken McNugget. Quite different if you cook up tongue. I also think it’s cool to eat all of something — and not just the “best” cuts.
So tacos de lengua? Delicious. Not sure I’ll make it every Sunday, but it was definitely worth trying. 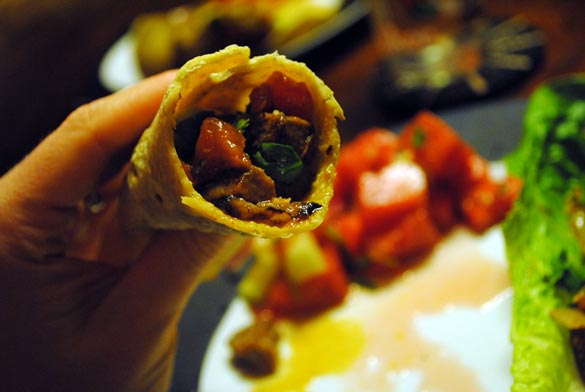 What’s the weirdest thing that you’ve ever cooked? Or eaten? —Jenn