Each October, while most people are anxiously looking forward to the Boys’ of Summer last hurrah, the people of Kansas City have got their eye on another annual competition: The American Royal Barbecue. 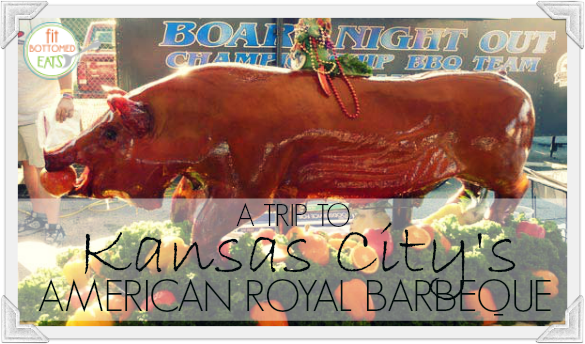 The Royal, as it is affectionately known, is not an amateur’s event. Here in the Heartland, barbecue is serious business and has grown into an art form. Although some significant time and money has been invested in the event, contestants leave plenty of room for what The Royal is known best for: one gigantic grill-a-palooza of a party. 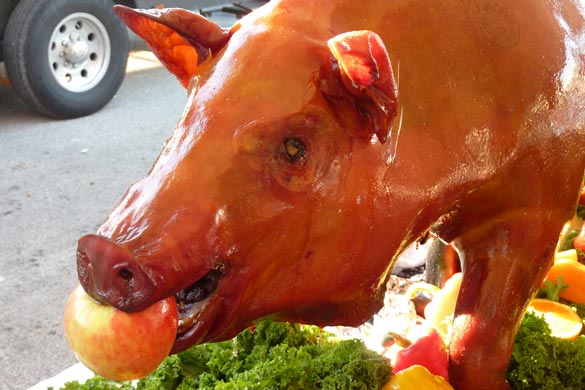 The event is fittingly held in the historic stockyard district, underneath the viaduct, with the cities major arteries running overhead. This year more than 500 teams emerged on the 20-acre battlefield, bringing with them a parade of smokers, roasters and pit grills. A tent city is quickly constructed; in roll hundreds of pounds of beef, pork, chicken and the barbecue essential, beer, and the party begins.
This year contestants came from near and far representing 19 of the 50 states, including representatives from Puerto Rico and Canada. Prize money is up in the thousands, but bragging rights are highly coveted also. The contest is divided into several categories: brisket, pork, ribs, chicken and side dishes. 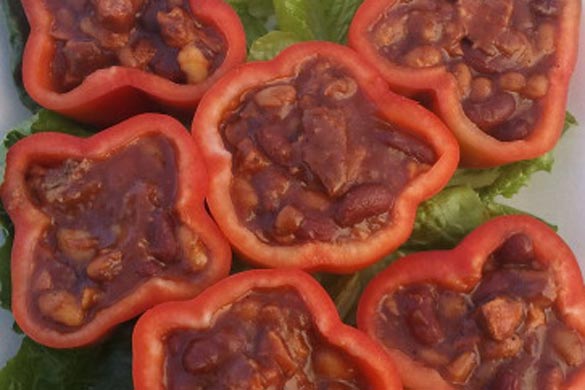 Live entertainment and cooking demonstrations are scattered throughout the day, but the real party starts Friday night. A cacophony of music blast from every tent, barbecue smoke wafts through the air and the spirit of America’s Heartland is alive and well. 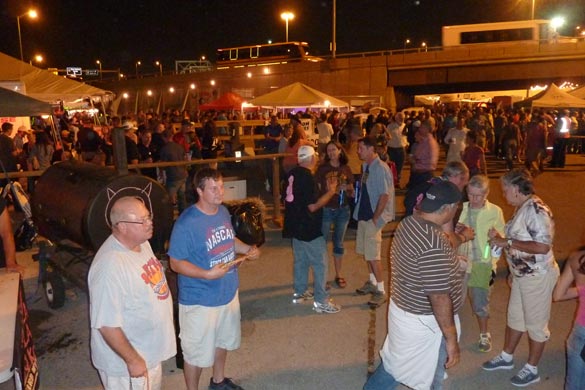 On Saturday, the serious work begins. Teams forgo sleep, keep an eye on the grill and prepare for the judging competition on Sunday. 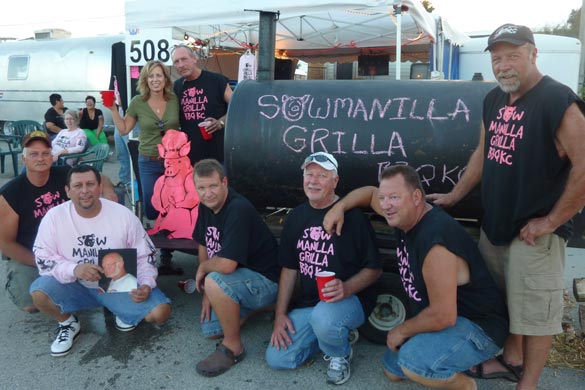 My barbecue culinarians of choice: The Sow Manilla Grilla Team.

Thanks to the FDA, the Royal itself is no longer a sampling event. One can’t merrily run from tent to tent filling their belly with chunks of smoked meat; you have to know a team member in order to sample their wares, but, with more than 70,000 people in attendance, it’s practically guaranteed you will run into someone you know. Besides Kansas City’s established barbecue kings are willing and ready to serve the masses, so believe me, no one goes home hungry.
The American Royal barbecue competition is the kick-off for an eight-week season of rodeos, equestrian, livestock and agriculture events. Even if you have no interest in watching an eight-second bull ride or learning how to get a better yield out of your corn crop, the World Series of Barbecue is one party not to miss if you’re in KC.
Is barbecue a staple where you live? —Karen
New Fitness
New Mamas
New Eats
New Zen
STAY IN THE KNOW
When new stuff happens, you'll be the first to know!