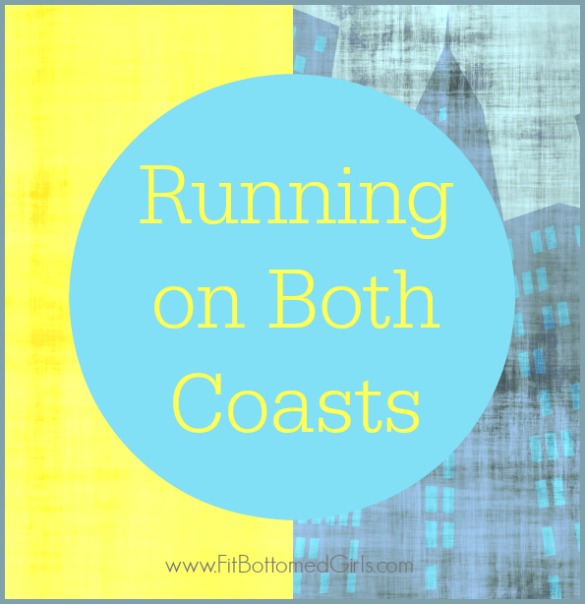 Going to new places is fun. But running in new places? Well, that’s just about my favorite way to be a tourist.

When you go running somewhere new, you notice things. Different things. You look up and out more. You look down and at the ground more. You take new routes. You may go off the beaten (touristy) path. Generally, you just see things in a new way. A heart-pumping how cool is this? way.

This is why every time I travel, I try to squeeze in a run or two. It’s just my favorite way to get to know a place. Which leads me to this double Workout I Did!

I apparently can’t stop going on and on about how fabulous my vacation to Paso Robles was because I’d like to relive … er, recap … a run I did there with my friend Tessa. 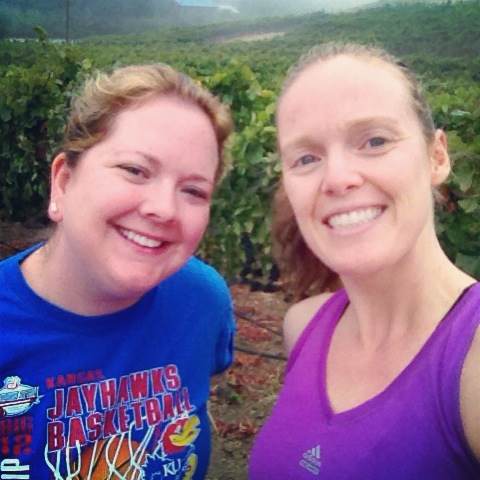 I somehow talked her into going running with me one morning before wine-tasting, and we awoke to this: 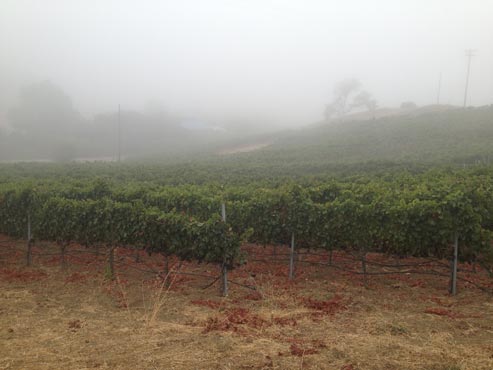 Yeah, so those aren’t exactly ideal running conditions. Especially when you consider that we only had a two-lane highway with a small to sometimes non-existent shoulder to run on. But, I’m stubborn — and dammit, we wanted to run. And so we did.

*This is the point in the post when I must, for legal reasons and so that I can sleep well at night, tell you that you shouldn’t try this at home. Or where you’re traveling. Or, really, anywhere at any time. It’s unsafe. And pretty stupid.*

The place we were staying at sat up on a hill, and thankfully, once we got down to the road, the fog did clear a little. 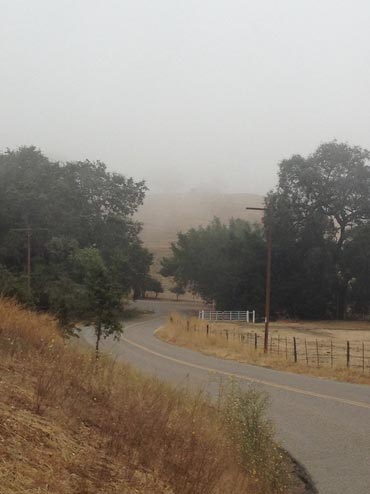 We winded back and forth along the road, being hyper alert and vigilant about traffic. Thankfully only a few cars were out, but we were always pointing out (half-joking, half-not) different spots we could dive into if we needed to. It became a fun interactive game. We went 15 minutes out one direction and 15 minutes back for what was a really interesting run.

We saw pretty creeks, rolling hills, more vines and plenty of old weathered beer cans that had been sitting on the side of the road for gosh knows how long. Apparently, if you’re not drinking wine in Paso, you’re drinking cheap yard beer. We even spied some wildlife. Ever seen a lone cow standing partially covered in fog at the top of a hill and looking down and watching you? It’s a highly unique experience. Kinda creepy. Kinda regal. (We decided his name was King Cow and tried to get a photo, but the fog covered him up just as I went for my phone. Talk about an enigma.) Definitely cool. 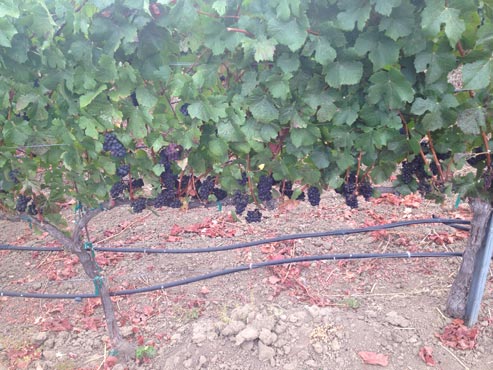 We ended the run with a serious challenge. Remember how I said the place we were staying at was up on a hill? Well, there’s about a quarter-mile winding STEEP road to get there. And that, we decided to run up. 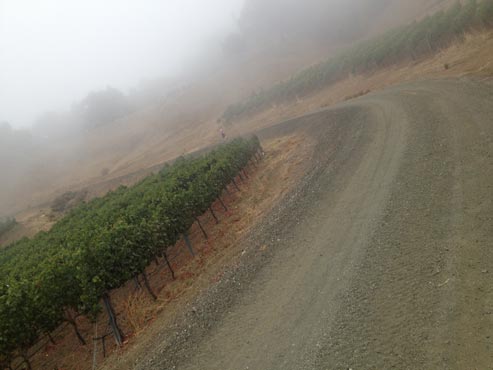 Here’s a little flavor for how steep/far we are talking … this is about halfway up the drive, on a clear afternoon. 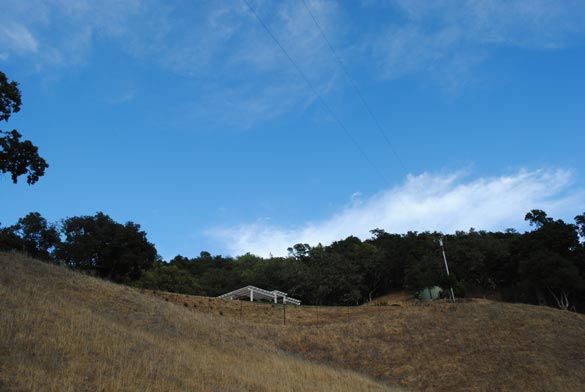 I tried to run fast up the hill. My body wouldn’t cooperate, but I did my best. 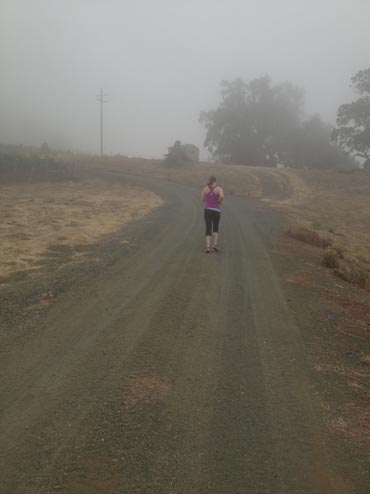 If you look super close, you can see me at the top, happy as a lark to be done. I did take about a 30-second walk break about three-quarters of the way into the hill because HOLY HEART RATE. 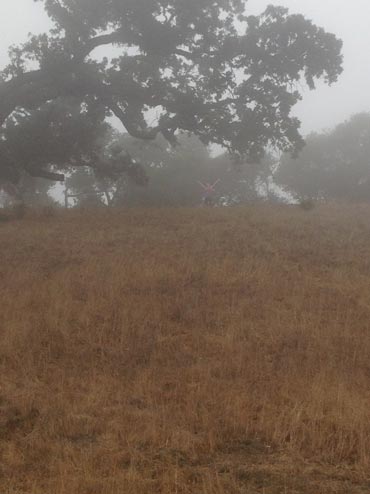 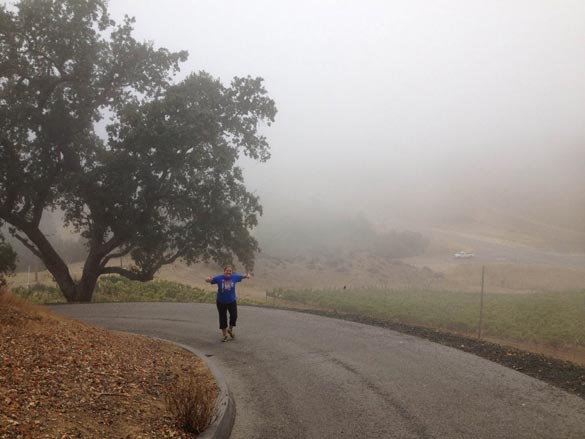 Running in New York City is a must. And usually, like most runners who visit, I do my jogging in Central Park. But for my trip a few weeks ago for Brooks Running (more, so much more, on that next week!), they had a group run planned for the brand ambassador bloggers and Brooks Running people. And it was AWESOME. (Is there anything better than being dressed head-to-toe in Brooks Running gear? I think not.) 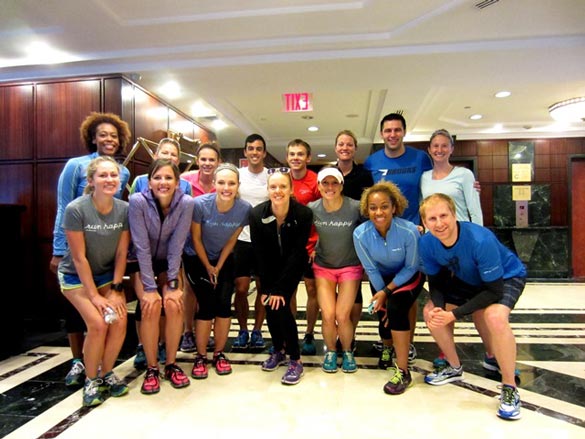 All of these people are amazing (you’ll notice fellow bloggers Janae, Ashley, Toni, Jesica and Anne there — thanks ladies for letting me snag some of your photos!). And we all got to run together here, along the Hudson River. 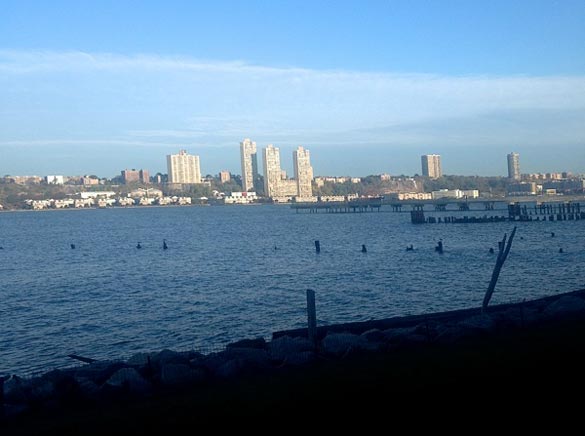 It was gorgeous! The weather was perfect — upper 50s with a little wind. I chatted about shoes, apparel and training with some of the Brooks people and got to know the bloggers better. (We stopped for another pic mid-run, and thank goodness, because these people can RUN. This FBG was happy to get a breather!) 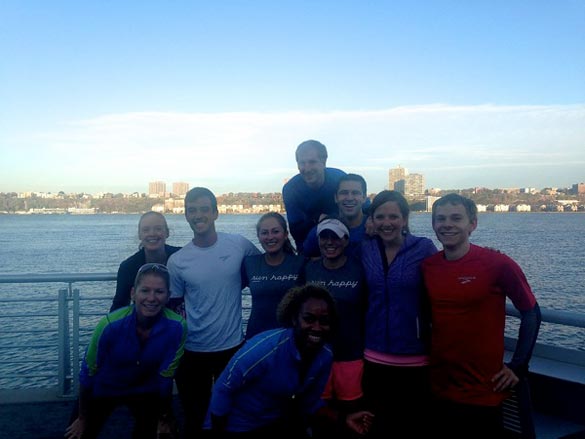 While some of the other bloggers and Brooks peeps went for a longer seven-mile-ish run (sheroes!), about half of us decided three miles was just perfect. Here’s Ashley from Black Girls Run and I at our turnaround point. (Again, breathe!) 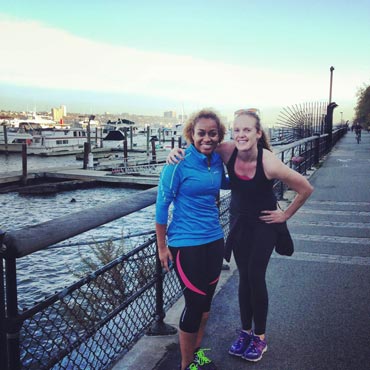 Honestly, I was a bit intimidated to be running alongside other FAST running bloggers and, you know, the people who design the shoes I’m running in, but it was a great time. Everyone was super cool and no one’s pace mattered. Which is one of the reasons why I love the running community — it’s never about how fast you’re going; just running is enough to be a runner.

And let’s talk briefly about running along the Hudson … um, gorgeous. I’d never done it before and if it hadn’t been a planned activity for this Brooks trip, I probably never would have done it. It was such a great way to see a different part of the city! And, hey, no Central Park horse poop to avoid stepping in.

Do you go running when traveling? What awesome things have you seen while out running in a new area? —Jenn