I have been a coffee drinker for quite some time, but every once in a while, I try to cut back and, eventually, phase it out completely, at least for a week or so, just to make sure, you know, I can.
I did just that recently in preparation for an Ayurvedic cleanse, and oh, you guys. The pain. The horrible, awful, unrelenting pain! I had a headache that was probably a degree and a half below migraine status for the better part of four days. Happily, though, it was really just the physical symptoms of withdrawal that were an issue, because I replaced my hot morning beverage with hot water with lemon and herbal tea. Specifically, ginger tea. 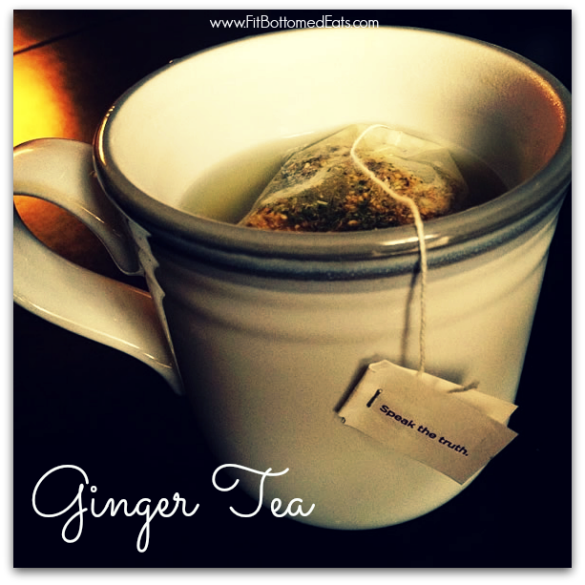 Now, I like ginger, but only in certain forms. I love gingersnap cookies, but hate the pickled ginger that comes with sushi. So when this cleanse required ginger tea to give my digestion some assistance, I was wary.
The first cup was okay — nothing to write home about, but pleasant. But within days of that first cup, I found myself craving it throughout the day, generally right after meals. No sugar, no honey, no milk needed.
And now, a couple of weeks later, it’s to the point where I’m going through three or four bags a day. Sometimes I make a great big travel mug (with two bags — I like it strong!) to start the day, and I almost inevitably have a small cup of it in the evening. I had coffee one morning this week and, as excited as I was while drinking it, I … well, I didn’t like how I felt afterward, and have, at least for the time being, gone back to the ginger tea.
Perhaps even more shocking is the fact that, at night, I’m more interested in having a cup of tea than I am in having a glass of wine. Who am I and what have I done with myself? I’m so confused. But oddly calm about it all. (Must be all the tea.)
I’ve been sticking to the Yogi brand ginger tea (when I find something I like I tend to buy the same thing over and over again), but I know there are loads out there. Do any of you have a ginger tea you love? Or a tea that incorporates ginger with other spices?
Have you ever been blown away by your own positive reaction to a healthy change like this? —Kristen