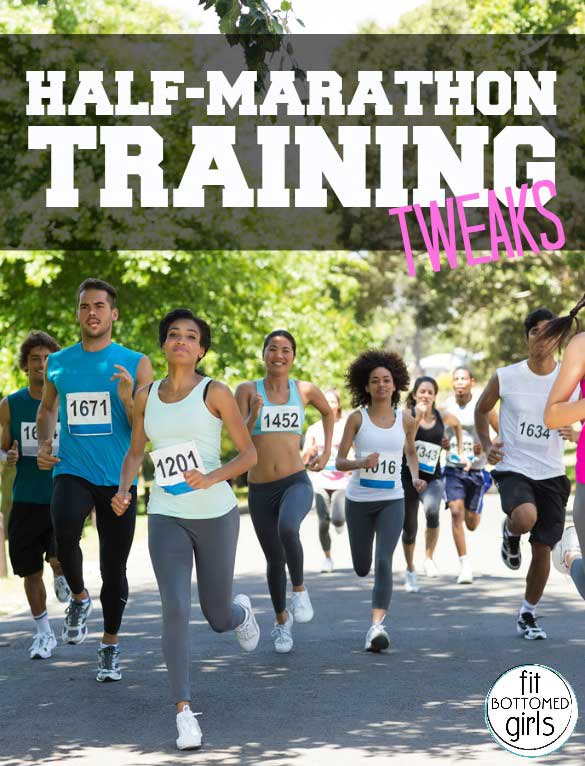 So, it’s been quite awhile since I trained for a long distance. Like, besides a 4-miler and a 10K about a year ago, it’s been four years (yes, the marathon was that long ago!). And, for me, running 13.1 miles is no easy feat. I’m a slow runner. I’ve been injured. I have workout A.D.D. But, despite all of these things, I am SUPER excited to officially be training for the Rock ‘n’ Roll Seattle Half Marathon in June as a part of my upcoming yearly Brooks Running blog ambassador trip. It’s been awhile since I’ve had a big ol’ concrete goal like that to work for, and I’m pumped.

Even if the word training is relative.

See, I’ve been so awesome about my foam rolling since the beginning of the year, and despite upping my mileage over the last couple of months, I’ve had no ironic butt pain. Hallelujah! BUT, right around the time of PowHer, two things took me out of running commission for a few weeks. The first was totally self-inflicted … 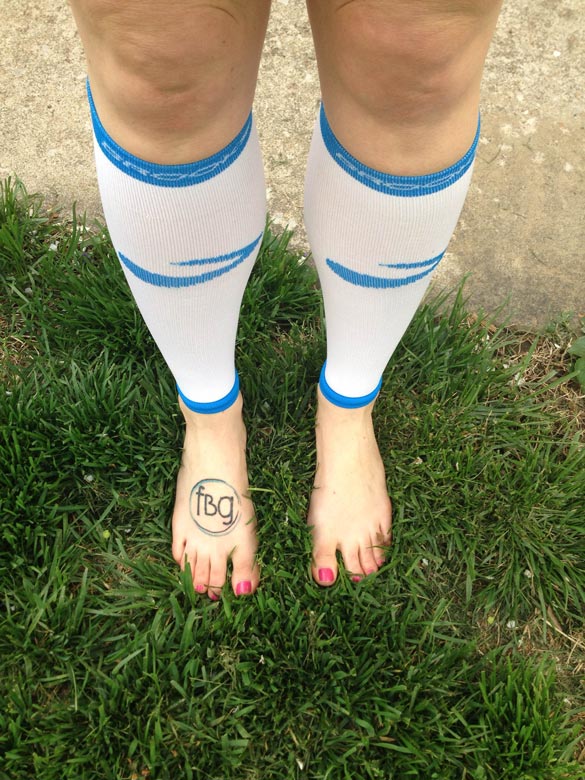 I couldn’t wear a sock or shoes for about 10 days as my new FBG-a-fied ink was healing, so no runs. (Cry me a river, right? I did happily do yoga and this push-up and plank challenge at home though!) Then, as that was going on, what started as a nagging “hey, this feels weird, but I don’t know why” sensation in my right ankle/achilles tendon got worse whenever I did anything that was high-impact and had a lot of foot push-off or flexion involved. So, another two weeks off.

Quite serendipitiously, Brooks Running sent me this pair of Run Happy Calf Sleeves that are both great for recovery (compression!) — and because I could wear them with my tatt! 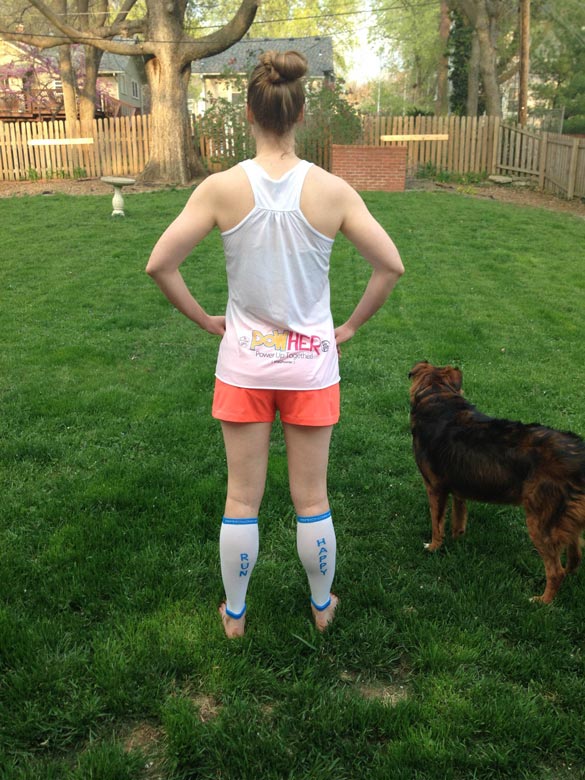 I am just now getting back to running more than three miles at a time pain-free, and although it doesn’t feel like I’m starting at scratch, I’m definitely not where I was. Pre-tattoo and ankle wonkiness, I was running six miles at an about 9:30 pace, which is faster than fast for me. I know I can’t jump right back into that right away, but with that looming June 21 race date, I have just about seven weeks to pull off my goal of running the half with a smile on my face.

To help with training, besides the rad calf sleeves (seriously, about the best thing ever — I’m wearing them as I type), Brooks also sent me this new book. 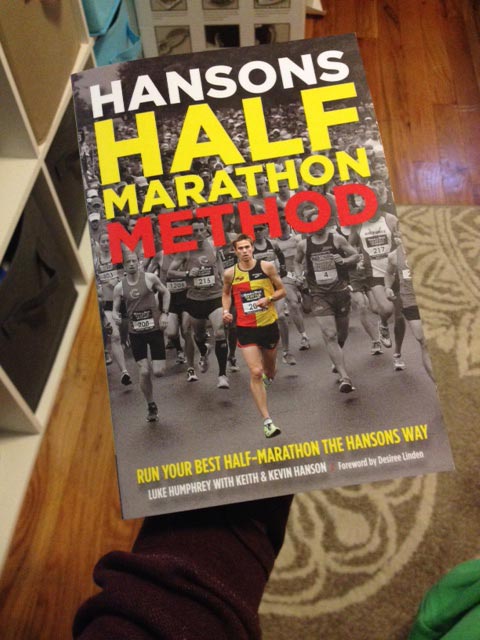 Based on the Hansons-Brooks Original Distance Project that began 10 years ago to develop some of the country’s most talented long distance runners, reading this book is like opening your eyeballs to an entirely new way of training and running. If you’re a science geek, you’ll be giddy with the amount of technicality and big words in it (I was!) and even if you’re not, I guarantee you’ll find plenty of sections that’ll have you changing how you train without totally having it all go over your head. (There’s a nice mix of A LOT of science, and just enough to convince you to try it.)

There are lots of training program to pick from, too, in the book. Seeing that most of them require A LOT of miles (the whole basic concept is to run a lot of easy miles so that your body gets used to pushing through when it’s tired) and that I’m recovering from this lower-body predicament, I’ve settled into the very approachable Just-Finish Program. Unlike the other more advanced programs, there’s no speed work, no tempo runs; just suggested miles to run. The longest run I’ll ever do is 10 miles, although I’ll get plenty of 5-, 6- and 8-mile runs in there.

I think — as long as I listen to my body, recover properly and stick to it, I should definitely be able to run the half and run it faster than my last one, which I did in just under 2:30, years ago. And although my “training” plan is pretty much an extremely shortened (from 18 weeks to 7 now!) bastardized version of the Just-Finish Program, I’m excited. Running has felt good, and I know I can do it. My legs are stronger from workouts at The Fit Pit, and a bright new and shiny goal in a fabulous city (which I’ve never actually been to — bonus!) definitely has me motivated. So I say, bring it on! I’m ready to run happy!

Have you ever had to totally tweak a training plan? How’d you do it? —Jenn