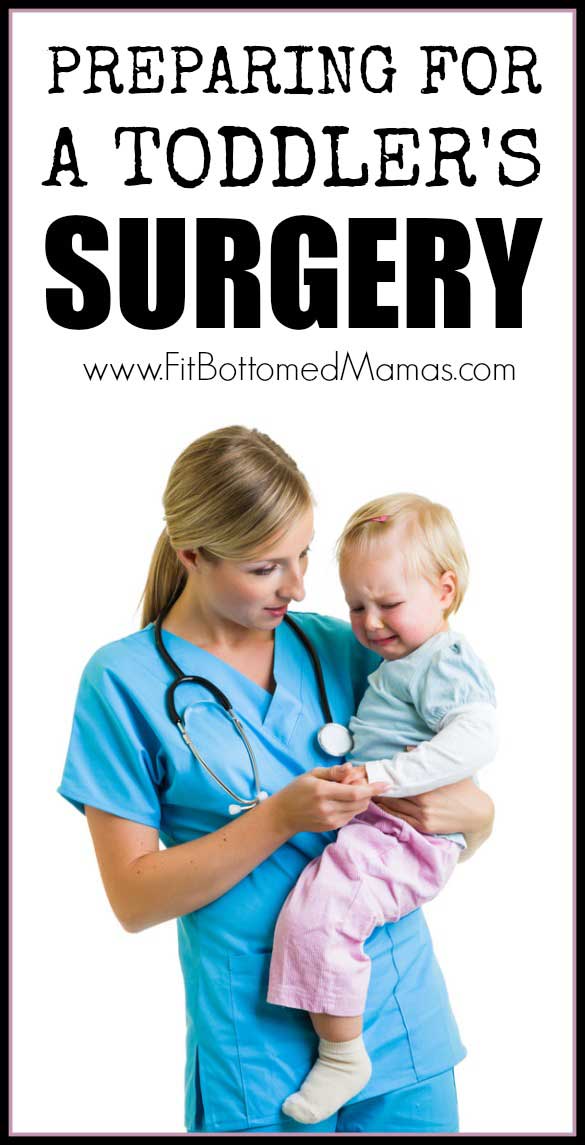 After my first experience with Evan having surgery, I thought it may be helpful to offer some tools for preparing to ease mamas’ nerves and make the morning as smooth as can be. I asked a few ladies who have been through surgery for some advice on things to bring with me — I am a planner and find that it sets my mind at ease and calms me down to focus on preparing for the following day (remember my meal-prepping post?).

In my diaper bag, I packed two of Evan’s favorite books, a change of clothes, extra diapers and wipes, a couple of small toys, and his blanket that we take everywhere. On top of all of this, I put entertainment for Jake and myself, as well as important documents I needed to bring. I suggest double-checking your wallet for your driver’s license and little one’s insurance card. Although we tend to always carry these, sometimes we do leave home without them unexpectedly.

I prepared a lunch sack with some bland snacks and an empty sippy cup. I talked to a nurse the day before and she let me know he would be given snacks and juice when he woke up. I wasn’t sure how he would feel about a straw so I figured bringing a sippy cup may provide extra comfort. When he isn’t feeling well he enjoys holding onto one to drink at his leisure. Although snacks were going to be provided, I wanted to make sure to have familiar foods with me to keep him interested. Along with snacks for Evan, I packed some breakfast and filled a water bottle for Jake and myself. Neither of us ended up really eating, as it was very early in the morning and our nerves were high. It’s always better to be prepared though, because if I hadn’t had it, we probably would’ve wanted it.

Evan had to be at the surgical center at 6 a.m. for a 7 a.m. surgery. My husband and I decided to wake him at the very last minute. I had laid out his shoes and jacket and his change of diaper because I wanted everything to be quick to grab and so I didn’t have to make a lot of noise or movement with him. We changed his diaper, put his shoes and jacket on (yes, a jacket in the car seat!) and got in the car and left. He stayed asleep while we changed him; 5:30 is too early for him! I wanted things to be streamlined because he expects to eat when he first wakes up so we didn’t want to stall and wanted to be sure to keep him moving and get him out of the house. In our room, I set out what I was wearing and set our jackets and packed bags by the garage door. This may seem overzealous, but I work best when everything is organized. It gives me less to worry about in the morning, and I don’t have to feel rushed.

Evan was prepared for it when they took him from me. If you ask my husband, he would have a hard time determining who was more emotional during the separation. I gave the nurse his blanket and doggy that comforts him, which they said they would give to him before he goes to sleep and when he woke up. Part of it was comforting for me to know he had some type of familiarity in the operating room. I strongly recommend asking your doctor what your little one can bring with him/her to offer some comfort.

I prepared our home for the day of surgery as well. Since I didn’t know how Evan would respond to anesthesia and how his pain or demeanor would be, I wanted to make sure my full attention was on him. The night before I cooked a turkey and cut it all up just before bed. I had our vegetables cleaned and ready to be sautéed. I filled sippys with water and left them in the fridge so I could grab and go as needed rather than worrying about rinsing and refilling. I had bland foods and snacks prepared, all foods recommended by the nurse during our pre- and post-op talks. I picked up extra children’s ibuprofen and made sure it was all easily accessible. I felt completely in control at home and was able to be at Evan’s side without neglecting my husband and myself for dinner.

The night after surgery, I prepared my Crock-Pot for dinner the following night to keep my mind worry free since Evan would no longer be numb the following day and was probably going to be feeling a little pain. This is one of my biggest recommendations: don’t just think about preparing for surgery, also remember to prepare your home. Being in control and having one less thing to concern yourself with will make all the difference. It was an early morning, and I did my best to keep Evan on his napping schedule even though he slept the entire morning and early afternoon away. While he slept with me in bed it was restless, but while he napped in his crib, I went back to the advice of others I received when he was a newborn — you sleep when they sleep!

One of my biggest lessons learned was that you can never be too prepared and you can never ask too many questions. At first I began to feel like I was being annoying to the staff with all the questions — some of them repetitive, prior to surgery and on the day of surgery. My mom reminded me that as parents, we are Evan’s biggest advocates. There is no question too ridiculous to ask and, if I don’t understand the answer, I need to ask again. The most important lesson I learned is that there is no better pain medicine than Mama’s kisses and snuggles.

Do you have any suggestions for making a toddler’s surgery day easier? —Jennifer