Figs are in season! Figs are in season! And today Linda LaRue, creator of The Core Transformer and author of the SOUPer Slim Diet, is giving us the deets on this healthy fruit along with a fig preserves recipe that you can make at home! 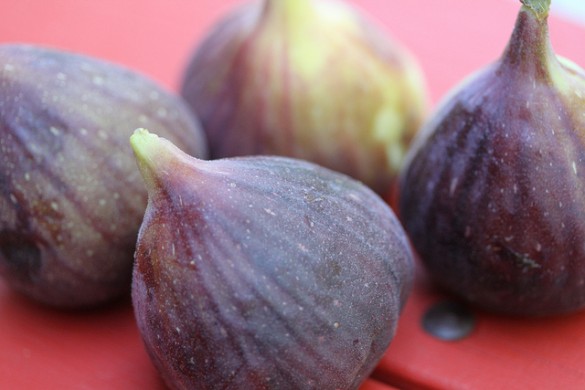 Fresh figs are the best. THE best. Credit: gudlyf

Figs trace their history back to the earliest of times with mentions in the Bible and other ancient writings. They are thought to have first been cultivated in Egypt. Figs were later introduced to other regions of the Mediterranean by ancient conquerors and then brought to the Western Hemisphere by the Spaniards in the early 16th century. In the late 19th century, when Spanish missionaries established missions in California, they also planted fig trees. In the early 20th century, California began focused cultivation and processing of figs. Today, Cali is one the largest producers of figs in the world.

Figs grow on the Ficus tree (Ficus carica), which is a member of the Mulberry family. They are unique in that they have an opening, called the “ostiole” or “eye,” which is not connected to the tree, but helps the fruit development, aiding it in communication with the environment.
Figs range dramatically in color and texture depending upon the variety (more than 150!) Below are the most popular/common varieties:

Figs are an excellent source of dietary fiber, vitamin b6, copper, manganese, iron and pantothenic acid. Figs are also a good source of potassium, a mineral that helps to control blood pressure. Since many people do not eat enough fruits and vegetables but do consume high amounts of sodium (as salt is frequently added to processed foods), they may be deficient in potassium. Low intake of potassium-rich foods, especially when coupled with a high intake of sodium, may lead to hypertension.
There also seems to be a positive insulin-lowering effect of fig leaves in diabetics. In many Mediterranean cultures, fig leaves are a common part of the menu — for good reason. Studies show that the leaves of the fig may reduce the amount of insulin needed by insulin-dependent diabetics.
Figs may have positive cardiovascular effects, too. In animal studies, fig leaves have been shown to lower levels of triglycerides (a form in which fats circulate in the bloodstream), while in in-vitro studies, fig leaves inhibited the growth of certain types of cancer cells.

Although fig season is only a couple weeks (so sad!), this homemade fig preserves recipe will help you enjoy them longer. 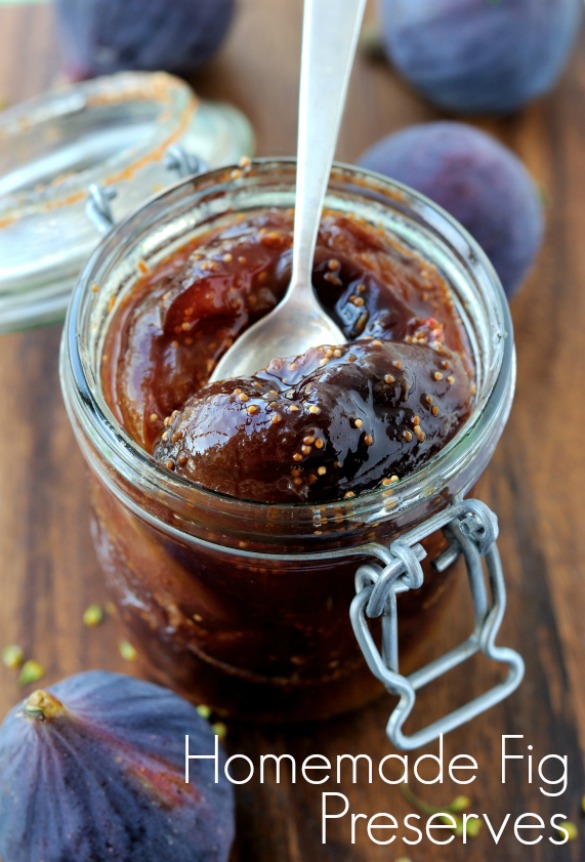