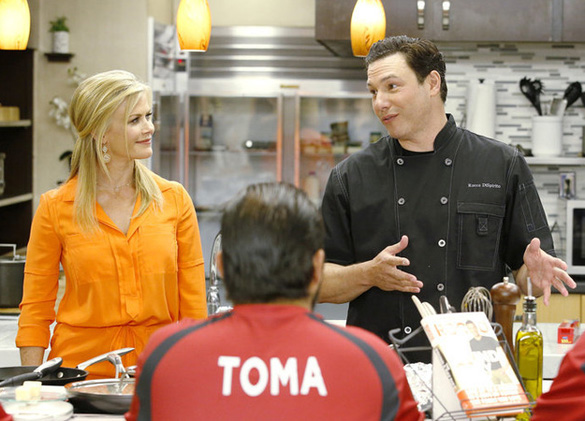 Rethink holiday favorites: Thanksgiving is very traditional for me, so I very much just love food. I can’t really say that there’s anything that I really don’t like. … Being at the ranch when Rocco was there, he actually set us all down and he made a healthy Thanksgiving dinner for all of us that was under 600 calories compared to the traditional 1,200 to 1,500 calorie plate. … Mashed potatoes and stuffing and turkey is probably my favorite. If I had to pick one, mashed potatoes would be my first and foremost. I have personally steered away from those, and I have found a way to make a cauliflower mashed potato that is just as good and just as healthy and very, very light in calories. So, I will be doing something like that instead, because I don’t really want to get back into eating potatoes again if I don’t have to, and I found something that works for me that I actually like even better.

Pin to win: Pinterest is probably one of my most favorite social media encounters, and that’s just because you can do so much with it, whether it be posting a recipe or having workout tips.