I’m almost ashamed to admit it, but I’ve never read any of the Lord of The Rings books, nor have I watched the movies. Given that it’s one of the most popular books and films of all time, I’m sure it’s quite an excellent story. Still, it’s just never appealed to me.

This bothers my husband, Neil — a die-hard Tolkien fan. He hasn’t “just” read the books and seen the movies — he’s done it so many times, he can recite them all from memory (quotes from The Hobbit frequently pepper his speech). It’s endearing, in that pocket-protector kind of way. 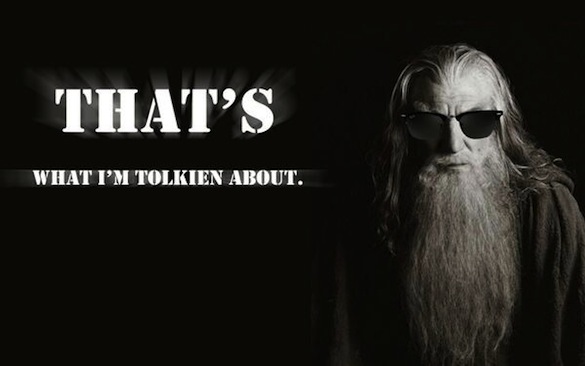 Last year, Neil asked if I wanted to go to New Zealand. There is an Ironman race there every March, and he was thinking about registering for it. Before he even finished the question, I was searching for airline tickets.

“We’ll go kayaking — oh, and to the wineries!” I babbled excitedly. “I think we should go caving and skydive, too.”

“And hike Mount Doom!” Neil exploded with a fit of giddy laughter.

“Mount Doom! From Lord Of The Rings!” He cried with the fervor of a Belieber. I stared at him blankly. He flew into a frenzy of incredulity. “Oh, come on, Susan! The path to Mordor? Fiery Chasm? Everyone knows Mount Doom!”

Like I said … die-hard fan. And that, my friends, is how I ended up hiking Mount Ngauruhoe, an active volcano near Lake Taupo on New Zealand’s North Island. 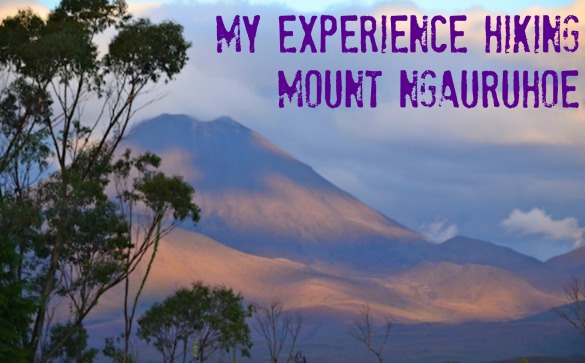 In spite of my obtuse nature regarding the mountain’s significance to Tolkien fans, I was still excited to climb it. In researching the hike, I learned it was part of the Tongariro Crossing, largely considered one of the best hikes in New Zealand, if not the world. 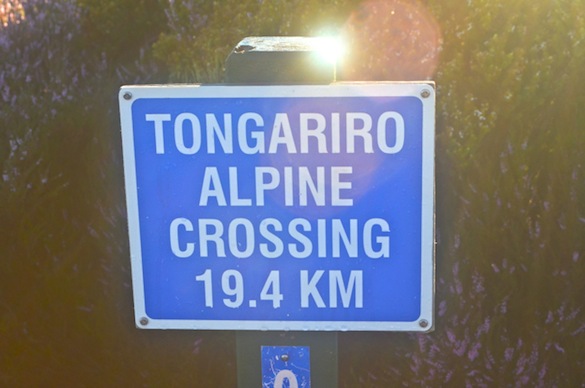 The trail’s popularity was evident as we started hiking — there were many (many!) people ahead of us, behind us and sometimes, right on top of us (more on that later). 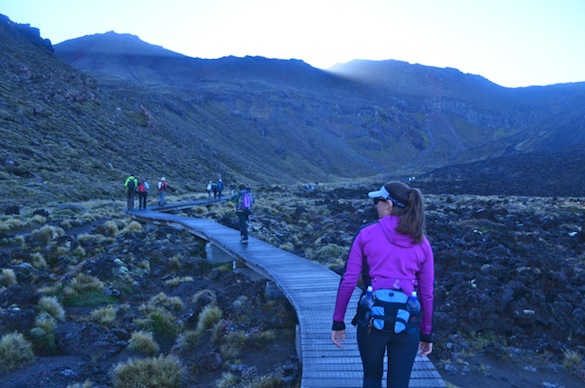 As we meandered through the well-groomed trail, Neil’s inner geek came out in full force. Before that hike, I had never seen a grown man jump up and down while singing “I’m a hobbit! I’m a hobbit!” I suppose there’s a first time for everything.

Soon, the crowds began to thin. At first, I thought it was because we were faster than everyone (thank you, Ironman training!), but then I saw a sign. Literally. 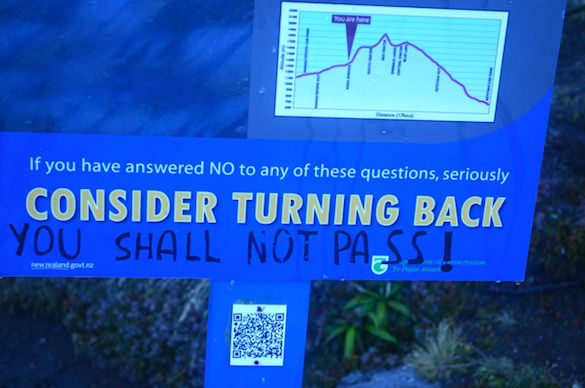 Most people turned around when things got tough. Though we had been hiking for more than an hour, our day was only getting started.

Before leaving for New Zealand, Neil told me a lot of things about the hike — the iconic nature of the location and the significance it had to the movie. Google told me more: that it was unmarked (not a problem for us — we’re avid hikers), was considered “challenging” terrain, and many people don’t actually climb Mount Ngauruhoe because it’s too hard.

What no one told me, however, is that this <bleep>ing piece of <bleep>ing <bleep> mountain was going to kill me. Forget Ironman training or the dozens of hikes we did to train for this trip — nothing in the world could have prepared me for the ass-kicking that was to come. For starters, the well-groomed, meandering trail gave way to a steep incline of rocks. Soon, the hike became a climb — literally, a climb — with Neil’s feet directly above my head and my heart beating rapidly between my ears. 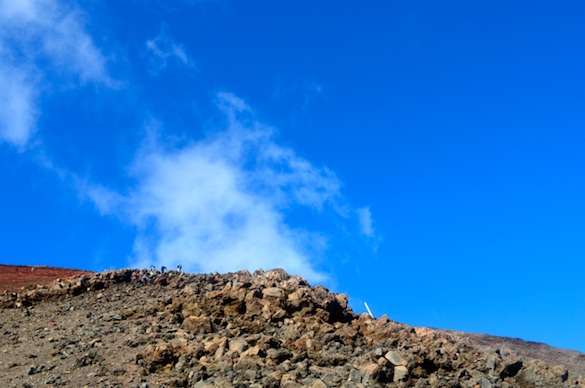 Then the rock gave way to scree — loose, craggy stone that gave way with every step. To gain ground, we had to dig deep with our toes and push up quickly. Another piece of helpful advice? “Look up.” The steep surface and loose rock, combined with hikers directly on top of us, meant there was a very good chance a bowling ball of a boulder was heading for our head at any second. Which it did … several times. That mountain wanted me dead, I’m telling you. 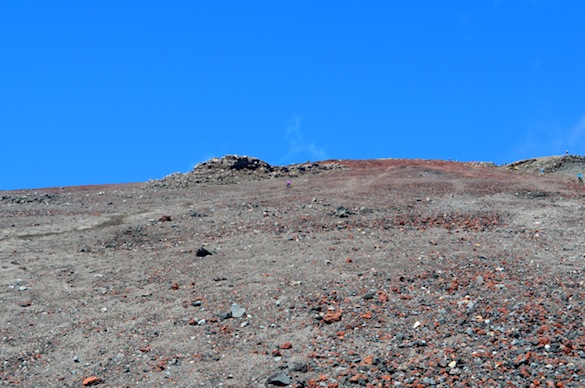 After the hike was over, I would download my Garmin data and learn that I spent an hour on this climb with an average speed of 0.6 miles per hour. It was intense, y’all. So intense, it made me lose my ish halfway up the mountain.

“This is not what I signed up for!” I wailed through a snotty mess of tears. “No one told me there was going to be scree!”

Neil, ever the calm hobbit, told me I was doing great and that he was proud of me for never backing down from a challenge. Then he put his arm around me and calmly said the words I really needed to hear:

“Maybe you just need to … eat something.”

Ladies and gentlemen: my soul mate.

Five minutes and one Picky Bar later, I was ready to go. Neil was right — I’ve never backed down from a challenge, and the mountain would not win. 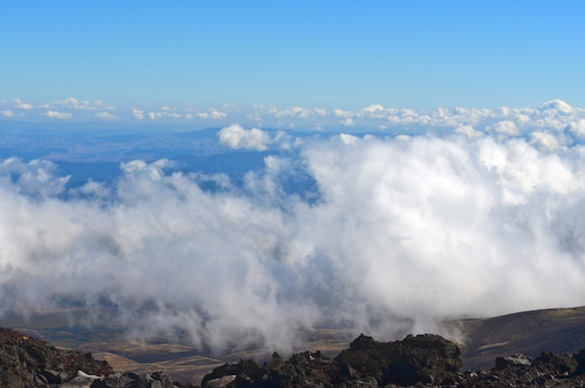 In the clouds, literally!

As we climbed higher and higher, I felt my doubts falling away. We climbed through clouds, past craters and over steaming rocks from the volcano below. Suddenly, there was nowhere else to climb. We had made it to the top of Mount Doom.

Of course, Neil wanted to take photos from every vantage point so he could compare them to shots from his beloved movies. While he scampered over rocks and slid through scree, I emptied his backpack and prepared a picnic lunch on top of the world. Peanut butter and jelly never tasted so good. 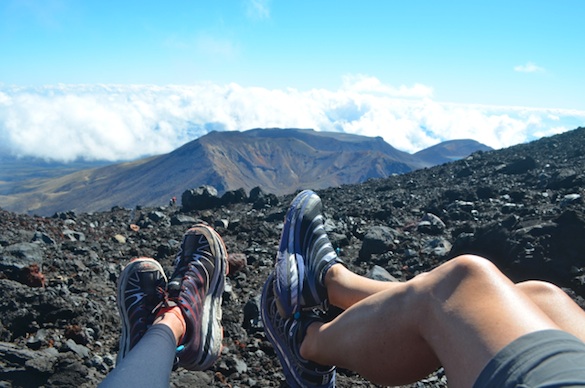 Not a bad view for lunch, right?

On the way down, I made friends with the scree. If you’ve never scree surfed, it’s both terrifying and exhilarating. If I didn’t have to climb that mountain again, I’d do it all day.

In all, it took us six hours to cover a distance just over 12 miles. Over a mountain of food (ya see what I did there?) at dinner that night, Neil and I agreed it was one of the hardest physical feats we’ve ever accomplished.

It also, without a doubt, was the coolest.

Have you ever taken on a hike that was more challenging than you anticipated? Tell me about it! —Susan

Add a comment Cancel reply
1 Comment
Jenn & Kristen
Diets don‘t work. We know because we‘ve been there.
Get the deets
STAY IN THE KNOW
When new stuff happens, you'll be the first to know!
Latest Offer
Working out at home
Get free strength, cardio, yoga, and meditation videos.
Try them
Podcast
Podcast Ep 137: That’s a Wrap!
Instagram Feed
Instagram has returned invalid data.
X