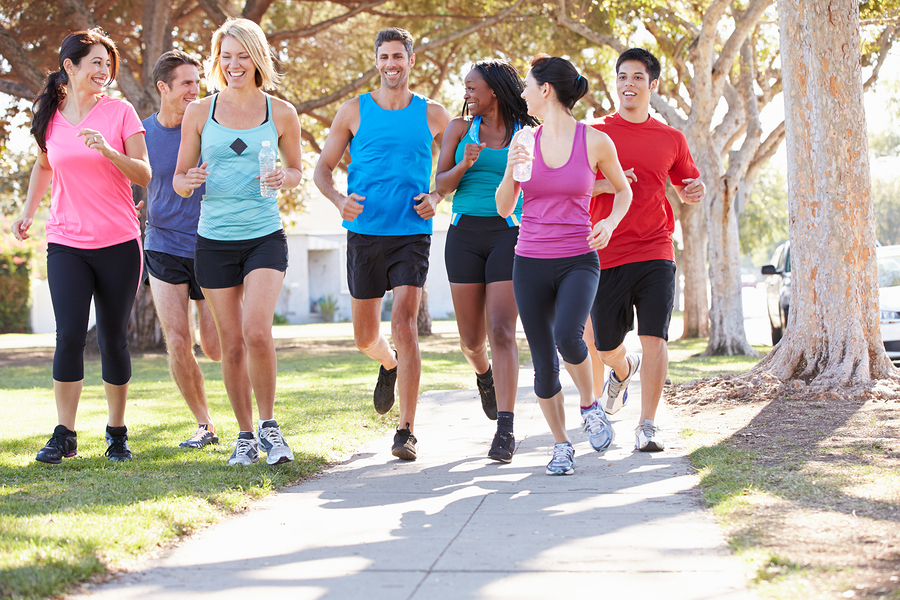 Since moving to Sarasota, I’ve pushed myself out of my comfort zone … a lot. In most cases, it’s worked out really well. I joined the Manasota Track Club and started attending group runs, where I immediately began meeting the people who have ended up being my closest friends in this new city. I’ve started swimming with the Tsunami Masters swim club and gotten some great instruction from a coach who wrote the book on swim stroke form. (I mean that literally — I reviewed it.) I’ve gone solo to events ranging from fun runs to girl power workouts to book club meetings and more, and sometimes it’s been amazing and I’ve found some new friends … and sometimes, it’s not quite such a positive experience.

But I keep going, because even if the worst case scenario happens (and it has), once it’s over, I still f*cking did it. I went to the workout. I finished the run. I put myself out there. I own that.

So, let’s talk about some really common fears (and why you shouldn’t let them get in the way of doing something you want to do). Because let me say right now that I’ve experienced each of these coming true … and I’m still standing tall.

I won’t be as fit as everyone else there.

Obviously, the likelihood of this depends on your current fitness level, so let’s look at a couple of possibilities: If you’re already starting off at a pretty fit place, and this is going to give you a chance to build upon what you’ve got, then embrace the fact that you’ve got a bunch of people to motivate you to push harder than you’ve ever pushed before. If you do happen to be the least fit person in the class, well, that doesn’t have to be the case for long!

If you’re just beginning on your fitness journey and this seriously freaks you out, then take a moment to think about some options. If it’s an advanced type of fitness class you’re looking into, then check with the facility or instructor to see if there’s something more suited to your current level, knowing you can build up to the advanced. And if it’s a group run, I know a lot of people who walk the route — some of them arrive about 15 minutes early and get a head start on the runners so that they’re back at the same time (just make sure you know the route you’re taking!), and some of them just do their thing and finish when they finish. I have never, ever heard anyone at a group fun run say anything negative about when other people start, finish, or how fast they go.

I’ve been the person bringing up the rear multiple times, and I’m treated just the same then as I am when I come in around the middle of the pack. Seriously.

Nobody will talk to me, or I won’t fit in.

Yep, just a couple of weeks ago, I hit up a fitness event thinking that surely I’d recognize at least one or two friendly faces, but, nope. Everyone else there seemed to have come with a group (and while I’m not exactly antisocial, I’m not really the kind of person to go try to bust into a group), so I just did the workout, stuck around long enough afterward to not seem rude, did a good bit of people-watching, and headed home.

It wasn’t the greatest day of my life, but at the end of the day, I’d gotten in a nice workout and I was really proud of myself for going. I might not have made a bunch of new friends, but I also didn’t feel embarrassed about being there for even a moment. Why should I? You wouldn’t think less of a friend for doing that, so just treat yourself with the same respect.

And hey, if you go to a class or group event and realize that it’s really not your crowd, well, now you know, and you don’t have to go.

People will laugh at me.

I can’t promise you they won’t — sometimes, people suck. But I can say that it’s really unlikely (unless, I mean, you show up in a goofy costume or something. That’s on you). In my experience, people generally don’t laugh at people who are out there working hard and doing their best. It’s like Elle Woods said:

Just substitute that whole shooting their husbands thing for laughing at people. They just don’t!

Look, I know it can be scary to try new things and put yourself out there, but when you think of all you can get out of it (exciting experiences, new friends, improved fitness, incredible motivation), isn’t it worth even the worst case scenario? I certainly think it is. —Kristen