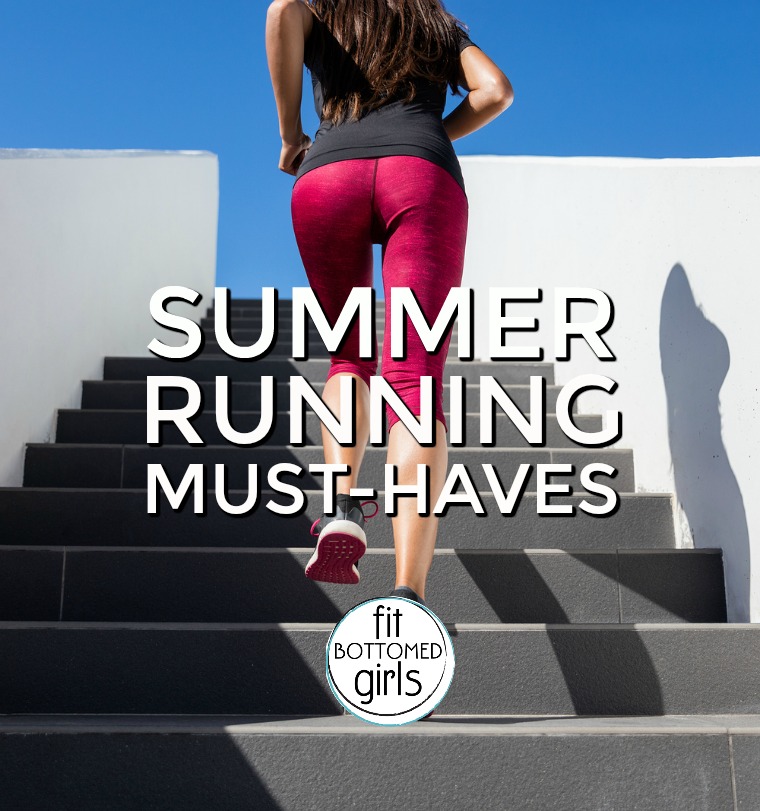 I ran just under five miles the other morning. I’d meant to get in closer to six, but I began to melt into the pavement around mile 4 and decided that living to run another day was more important than getting in an extra mile. Summer running, man. It’s not for wimps.

(It’s also not for people who like to sleep in on Saturday mornings — I’m going to be setting my alarm pretty darn early this coming weekend in order to get some bigger miles in prior to my upcoming half marathon in Oregon.)

Of course, having the right gear is definitely a big help, so I thought I’d share a few of the things helping me build up my miles this summer. 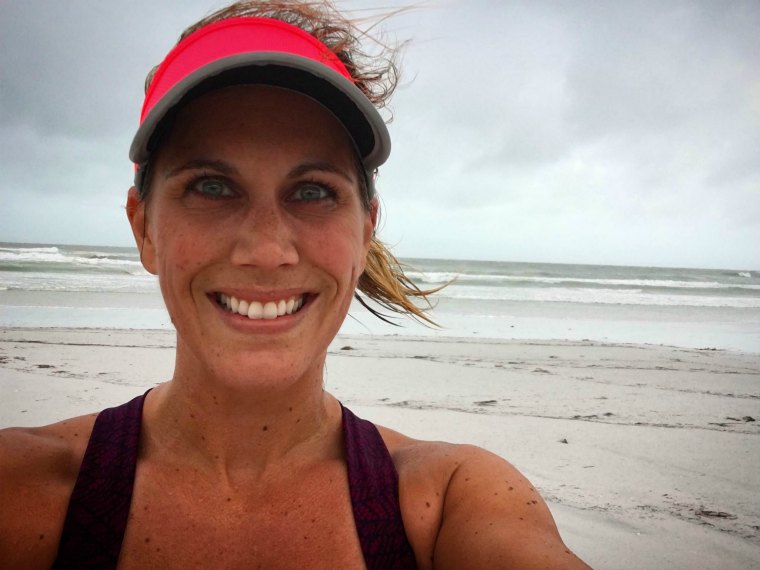 This visor was the only thing that kept the wind, sand and rain out of my eyes while running the beach during Tropical Storm Colin a few weeks ago!

It keeps the sun out of my face. It soaks up sweat at my hairline. It makes me more visible in the dark. Plus, the name is a cute pun! Probably the only way I’d love my Headsweats Reflective Supervisor more is if it actually put in the miles for me … although it does make me look super fast, and that counts, right? 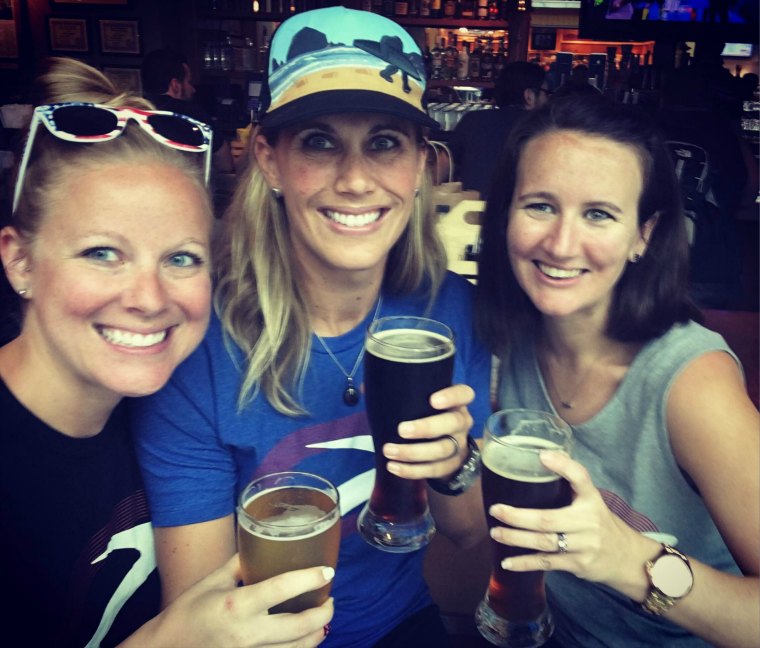 I wore this hat just about every day during my trip with Brooks Running to Oregon. It was just as good a fit at the track as it was at Rogue Brewing!

I also have to mention that Headsweats has a trucker hat collection — a Bigfoot trucker hat collection, to be honest. If you’ve been following me on Instagram (@fitbottomedeats), you might’ve seen me sporting one with Bigfoot carrying a surfboard (because I seriously wear it pretty much every other day). It’s lightweight and breathable, and even though it’s a style statement, it’s still built with performance in mind and features the brand’s signature terry sweatband on the inside, so you can wear it for activities like running, or, if you’re like me, pop it on afterward when you’re still sweating because the shower didn’t take. 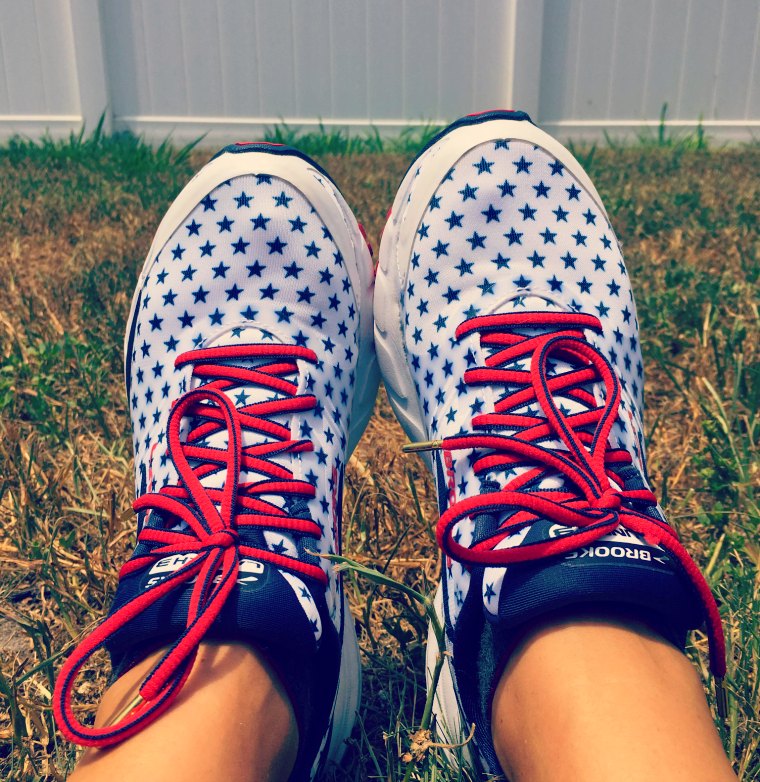 Do these shoes make me look fast? (Why am I even asking? I know the answer.)

The Olympics are right around the corner, and you guys, I couldn’t be more excited. Thinking about how hard those athletes work to achieve their levels of success is incredibly inspiring, and the shoes from the Brooks Victory Collection (disclosure: we’re an affiliate) remind me of that inspiration with every step. I have the Women’s Launch 3 in white with navy stars (so patriotic!) — it’s streamlined, neutral and springy, which makes it a good running shoe in general, but the Olympic spin on it means it rocks especially hard right now. 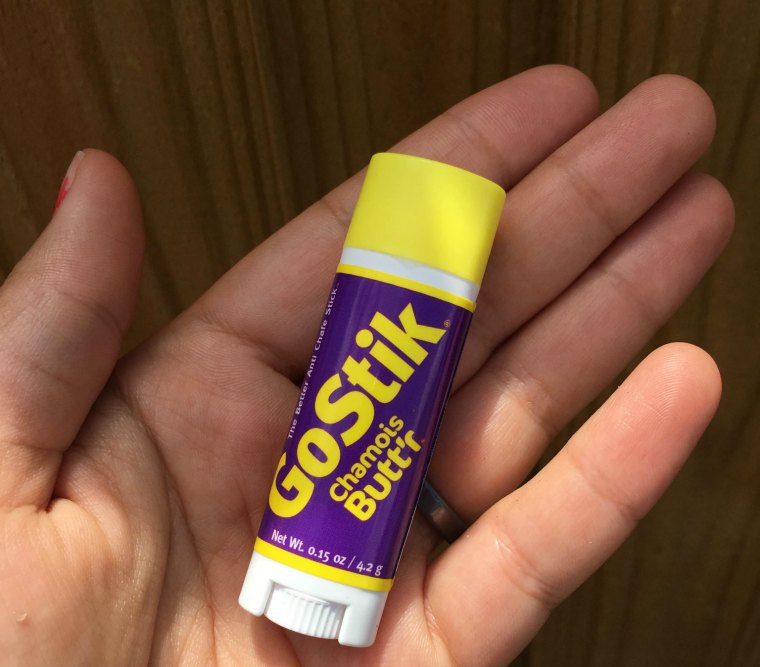 Who knew something so tiny would make such a big difference?

Chafing isn’t the sexiest topic, I’m well aware. But for anyone logging big miles and sweating giant buckets, it’s worth discussing because chafing is the worst and it’s pretty avoidable with the right products. I’m super digging Chamois Butt’r’s new GoStik because, first off, when you apply it pre-run, it works (and lasts) really well. But also, the small GoStik is tiny enough to carry along for a run, so if a new area begins to chafe, you can apply it on the go without missing a beat.

Are you a good summer runner? The one thing I always try to remember is, if I can just keep my mileage up and not lose too much on my pace, I’ll go into the cooler weather feeling super strong. —Kristen