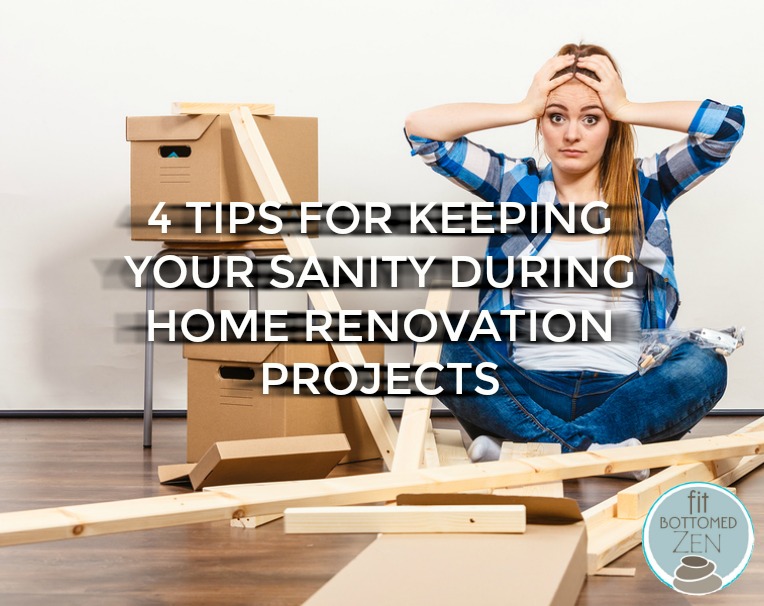 My boyfriend and I have wanted to do a home renovation project in our kitchen since we bought our house a year ago.

We put a sledge hammer through the wall between the dining room and kitchen in our first week of home ownership. We knew we wanted that wall gone. But we didn’t have a ton of foresight, so though we did our best to remove as much of the wall as we could at the time, parts remained, and it looked like a crazy mess for about a year. 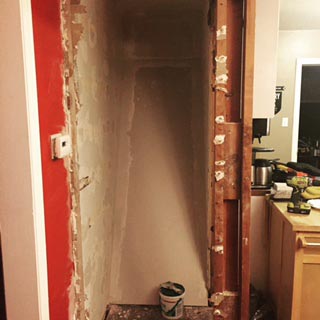 The kitchen was plain dysfunctional. The whole 9-foot-by-9-foot room looked messy if one thing was awry because it was that small. That drove me crazy because I love a nice clean kitchen. 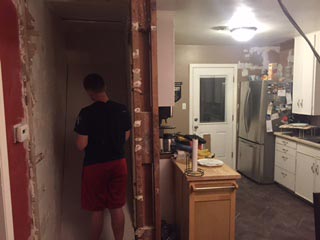 Fast forward to this summer. We gutted it. We were finally ready at the end of May. We moved the pantry door around the corner to make room for more counter space near the stove. We removed six layers of old flooring — most of which were some variation of linoleum tile, all the way down to the original hardwoods. We removed the cabinets and even some of the walls (when we removed the old tile “backsplash,” the plaster walls crumbled underneath it. We decided it was faster and less stressful to replace that old plaster wall entirely with drywall). We paid a company to refinish the floors because it was such a small job, and they were able to work on it while we were away at work for the day. And countertop installation was included in the price of granite. Everything else, we did ourselves. 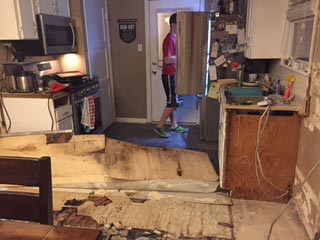 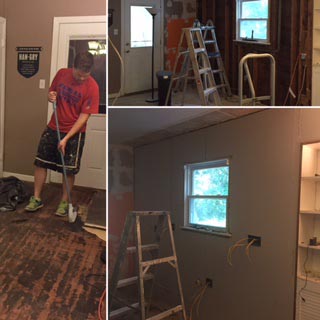 So you know that saying, “You don’t know what you’ve got until it’s gone?” That totally applies to me here. I had never realized how often I used the kitchen sink until I was filling up my dog’s water bowl in the bathroom sink about a 100 times every night.

I can’t lie. I can’t tell you it wasn’t stressful. It was. There were plenty of times when we were up until midnight clearing things out and cleaning things up to make a somewhat livable space for ourselves and our dogs — mostly our dogs, really. But the one thing that helped me (at least sort of) keep my sanity through it all was the plan I made in the beginning.

I love to plan things. This was my biggest plan yet, and I made a color-coded spreadsheet to celebrate the opportunity. 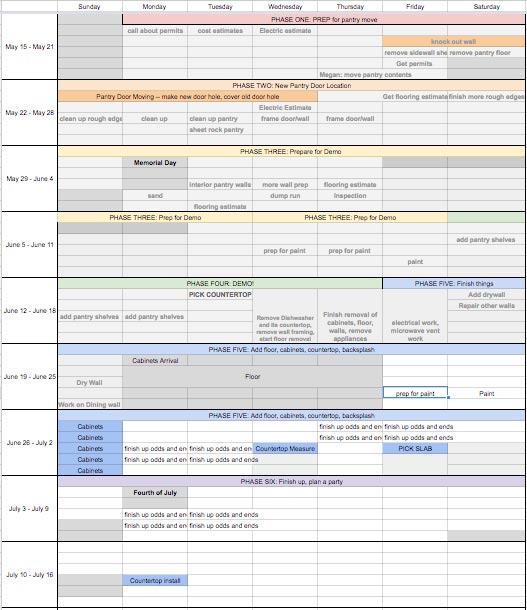 I also considered the parts that were sure to be stressful (decision-making, attention to detail, general differences between my boyfriend and me) and left lots of time in between major parts. It helped me to be realistic. Rather than thinking: “We’ll remove the cabinets this day and remove the floor the next,” I allowed a few days to remove all the cabinets, even after my boyfriend insisted that part would be easy.

Things went very well, except for the part where the countertop measure was wrong the first time and caused a delay of several days. That one, I couldn’t have planned for. We just rolled with it and spent that time finishing up other small tasks. That’s all we could do.

I’m no general contractor, but I can definitely say that having a plan and sticking to it helped me and my relationship survive. Looking back, I know that this project was a huge accomplishment. We still have a few tiny final touches to put on, such as crown molding, but for right now, I’m just enjoying the new space.

And hey, it doesn’t hurt to keep a nice pair of hindsight rose-colored glasses nearby. (Plus, there’s nothing like a finished home renovation project to make you feel grateful!) 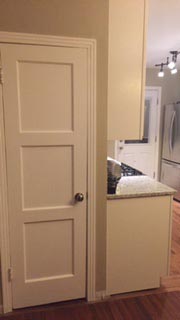 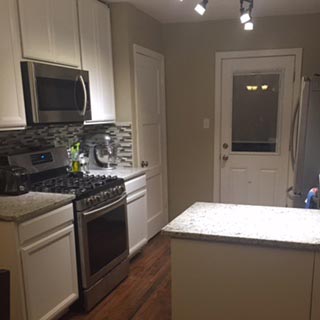 4 Tips to Stay Sane During Your Home Renovation Projects

1. Plan. It’s obvious, but it’s so important. I’ve gone into too many small projects without a clear plan, and it’s painful. Plan, plan, plan, no matter the scale of your project. It will save your sanity. Let my story stand as your evidence that planning makes everything better.

2. Be realistic. With your budget, with your timeline, with your expectations. Dream big, but know what you can reasonably achieve.

3. Be diligent. This will depend on the scale of your project, but it’s always important to cross your Is and dot your Ts. I could’ve actually planned a little better for diligence, such as leaving enough time to carefully level our cabinets. I should have known that would not be a quick feat. Don’t skip the necessary steps to get things right.

4. Enjoy it. It will be hard work, and it will take time. It probably won’t be done in one day, and if you’re anything like me (very results driven), that will be difficult, but you’ll get there. Don’t get discouraged. Enjoy each step of the way.

What home renovation project are you tackling or want to tackle? What will go on your spreadsheet? —Megan