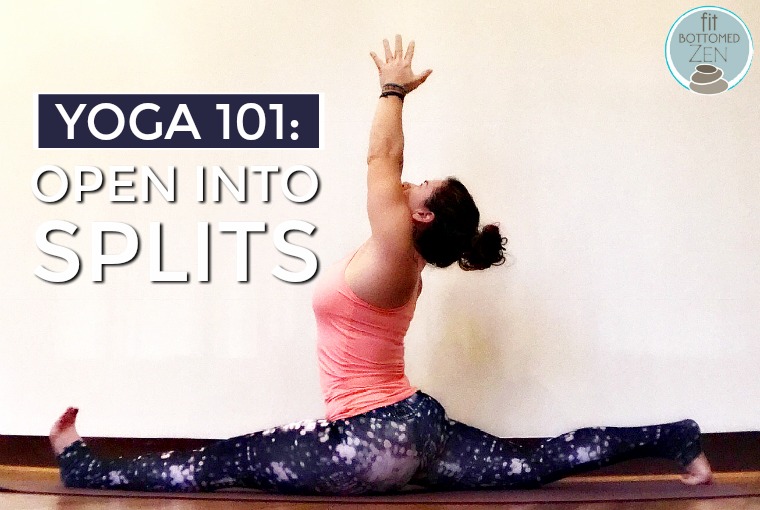 Of all the yoga poses, there is one that most people find universally intimidating. In my classes, this particular pose is the surest way to cause a sea of groans and bring about a panic. But honestly, it really doesn’t have to be so scary.

The pose is Hanumanasana, or full front split. Also known as Monkey Pose, this pose has an interesting mythology behind it that, with some helpful warm-up, a few props and a couple of form pointers, makes the pose more far exciting, fun and freeing.

So this month’s Yoga 101 is all about Hanuman — the great monkey god who was known for his steadfast loyalty and service to Rama, an incarnation of Vishnu, who is one of the principal gods of Hinduism (the Supreme Being in some traditions). As the story goes, Rama asked Hanuman to find and comfort his wife Sita who had been captured by the demon king Ravana. To get to where Sita was being held, Hanuman stretched his mighty legs and made a single giant leap from southern India to the island of Sri Lanka. This enormous leap of devotion and faith is the inspiration for the shape of the pose we now call Hanumanasana, which involves a powerful back leg and an extended front leg with the arms reaching up.

It’s a beautiful story — one where we learn that through true devotion, we become incredibly powerful and able to accomplish anything.

Hanumanasana is intimidating at first and most people think it’s all hamstrings but there’s really a lot more going on than just a big stretch in the hammies. The full expression of the pose requires openness in the quads, hip flexors and calves, as well as the hamstrings.

It takes time, practice and usually a bit of support to feel steady and relaxed in this pose. But with the right prep and props, you’ll find it more accessible than you might think.

Keep in mind that there is no requirement that you ever get your pelvis all the way to the floor. You absolutely get credit for any variation of this pose. Give it a shot with the video below and have fun with it!

Be sure to check out our past Yoga 101 posts for tips to find your flow in Mountain Pose, Downward-Facing Dog, Chaturanga, Sun A and Baby Crow.